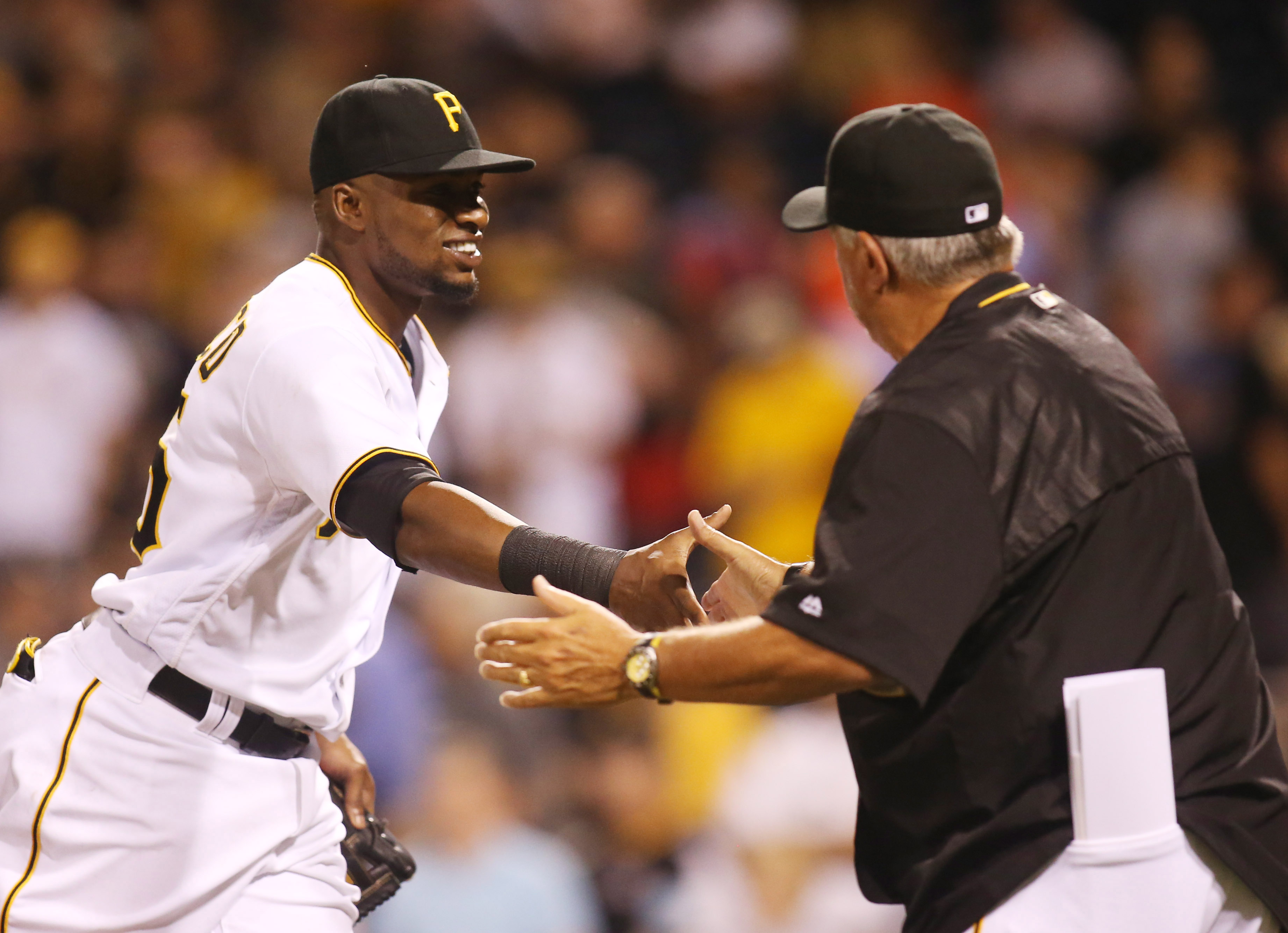 Pittsburgh Pirates outfielder Gregory Polanco has been the target of the fans rage for quite some time now and it’s not going to change until Polanco starts producing on a consistent basis.

If that ever happens.

It’s not bad enough that Polanco is taking regular at bats away from the likes of Corey Dickerson, Starling Marte and Austin Meadows, but it’s made worse with the excuses Clint Hurdle keeps coming up with for him.

Yet Hurdle keeps writing Polanco’s name in the lineup and Polanco keeps disappointing.

And while he does, Hurdle keeps making excuses for Polanco.

Take Wednesday night for example when Polanco dogged it on a grounder to first, giving next to no effort to run down the line.

Hurdle blamed that on a hamstring injury Polanco has had for a couple of weeks.

Polanco very well may be dealing with another hamstring injury, but it sure didn’t bother him legging out a triple the night before did it?

And if Polanco is hurting, why is he playing in the first place?

When he dogged it to first base, if he was hurting, why didn’t he come out of the game right there?

Hurdle didn’t have any issues removing Andrew McCutchen from a game in 2011 for not running out a grounder, so why does he keep protecting Polanco?

Hurdle had the opportunity to send a message to his entire team that a lack of hustle will not be tolerated, but instead once again went out of his way to make excuses for and protect Polanco.

That type of message would have been heard loud and clear by a young team, but instead Hurdle dropped the ball once again.

This isn’t debating the fact on if Polanco is hurt or not, but he clearly shows max effort some of the time and chooses not to on other occasions.

And why isn’t he on the DL if it’s a hamstring issue?

Any other time it’s Polanco’s hamstring the team is ultra-cautious with him, so why not now?

The Pirates need Polanco to snap out of it sometime, but Hurdle can’t keep running him out there. Especially if he’s hurt.

It doesn’t do anyone any good and it sends a terrible message.

Rest assured though, Polanco will be back in right field, if not today then tomorrow and when he doesn’t perform, Hurdle will have a new excuse ready and waiting for him.