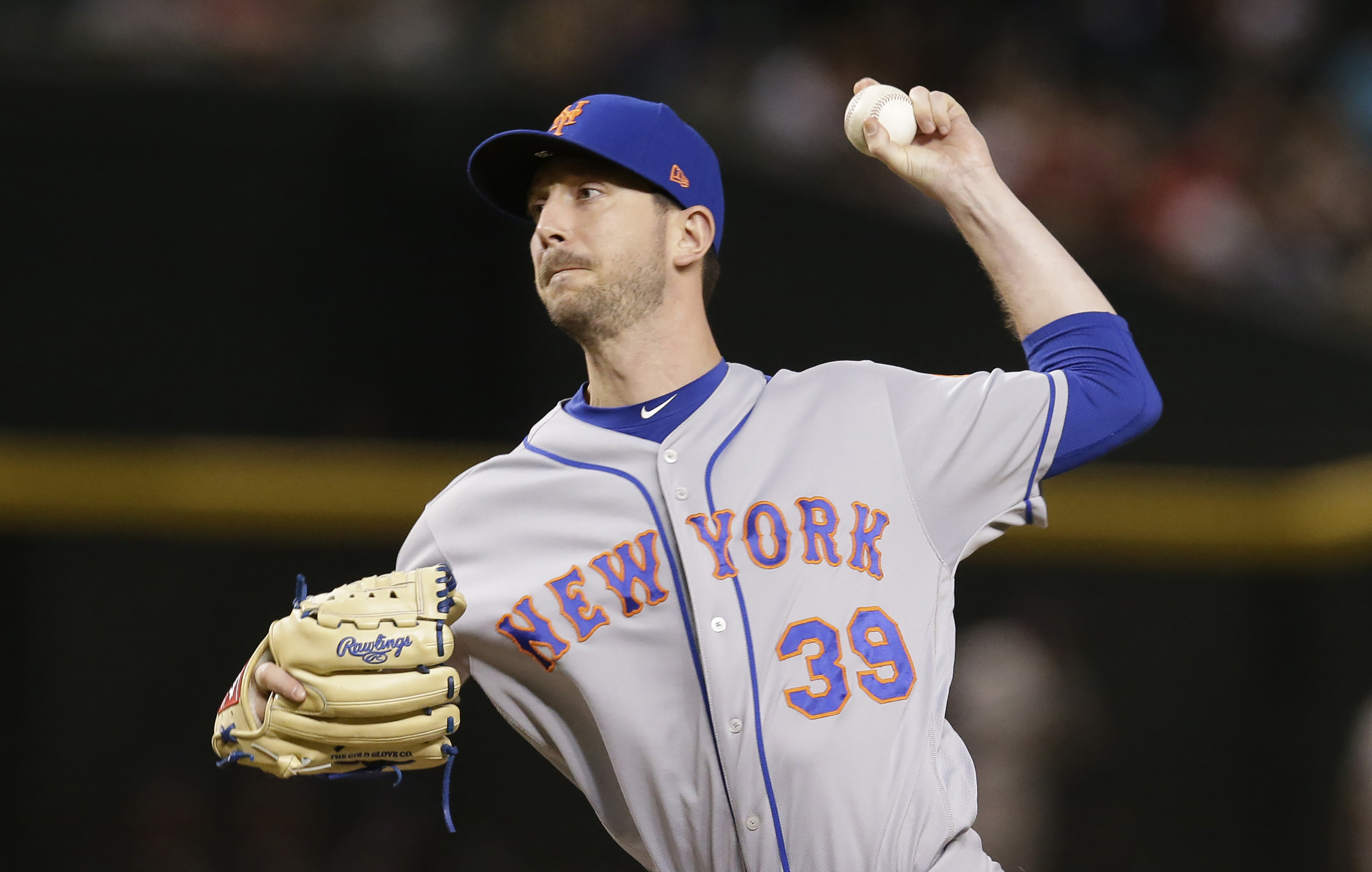 While everyone on the planet knows that the New York Mets can’t hit to save their lives right now, not everyone is as aware of the bullpen’s current struggles. After emerging as one of the best units in baseball over the first few weeks of the season, Mets’ relievers have been remarkably bad, entering play today with an ERA of 4.58 (which is the sixth worst mark in baseball). A big part of the failure has been a shockingly bad year for one of the group’s most reliable members, lefty Jerry Blevins. Blevins, who is the only lefty the Mets carry in the bullpen, has been atrocious at getting left handers out all season.

The Mets have leaned heavily on Blevins to be their lefty specialist over the past three years, and he has delivered in the past, holding left handers to a batting average of .255 in 2016 and .197 a year ago. That mark has ballooned this year, with lefties hitting a whopping .351 against Blevins, who is pitching to a 5.28 ERA on the season. Blevins has also dealt with control problems, walking 11 batters in just 15.1 innings pitched, which has rightly led to a loss in trust from manager Mickey Callaway. After using Blevins in high leverage situations at the beginning of the season, the lefty has been demoted to the middle innings, where his results haven’t gotten any better. The Mets turned to Blevins last night in the seventh inning with a man on and two outs, with Arizona sending up lefties Daniel Descalso and Jon Jay. Descalso lined a single to right off Blevins, who then proceeded to hit Jay and load the bases without recording an out. That left a mess for Paul Sewald to clean up, and he walked a batter to force in a run that would prove to be the game winner.

Blevins’ shockingly bad year is just the latest evidence that building a strong bullpen is extremely difficult. Entering the season, most experts would have tabbed Blevins as the Mets’ most reliable bullpen arm outside of Jeurys Familia, and he has been one of the worst pitchers in the unit. One possible explanation is that two years of overuse have taken their toll on Blevins, who is now struggling to get even average left handed hitters out, let alone top ones like Freddie Freeman or Bryce Harper. The Mets used Blevins 73 times in 2016 and 75 in 2017, giving him 148 appearances in that span, or almost a full season’s worth of games. That kind of workload will take a toll on anyone, and the Mets are paying the price for it now.

Blevins’ poor showing has also tanked his trade value, which would otherwise be an asset when every team is looking for relief pitching. If the Mets had opted to deal Blevins last summer, when they traded off Addison Reed and several other veteran players, they may have been able to get a more significant return since he had a team option remaining on his contract. The Mets opted to keep Blevins with the idea of using him as a key piece of their 2018 bullpen, and it has blown up in their face to the point that Blevins will barely get them a low level prospect. If Blevins can figure out what his issues are and get on a good run against lefties it may make him more attractive to a contender who needs a lefty specialist, but it will be far too late to be of real use for the Mets.