Kawhi Leonard wants out. Should Boston go for him? 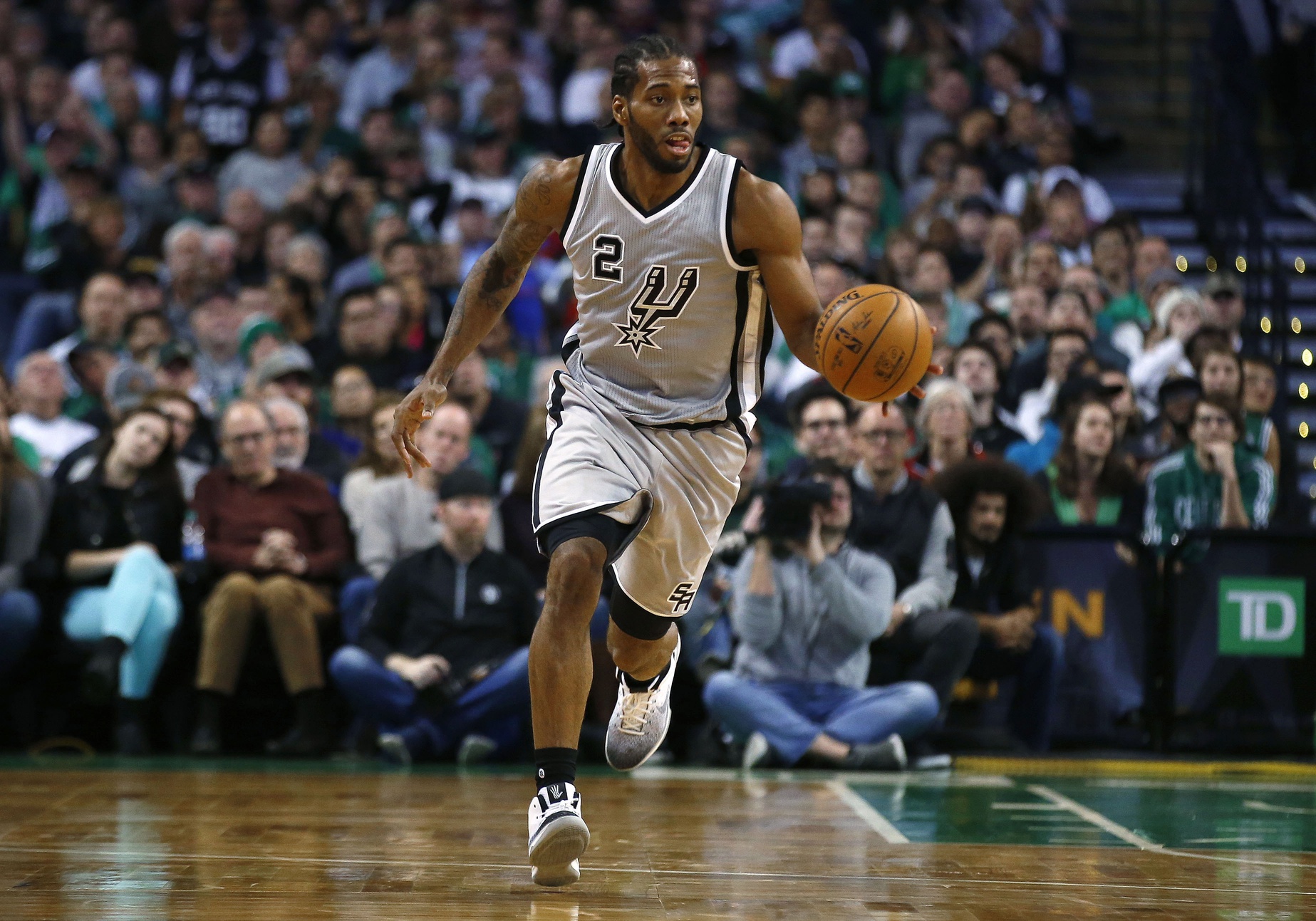 Kawhi Leonard wants out. Should Boston go for him?

So, Kawhi Leonard officially wants out of San Antonio.

I have to be honest, my first reaction is to wonder what the hell is wrong with Kawhi, but that’s not really fair. Nothing is 100% universal, and while I’d run through a brick wall for Pop (like right now if he wanted) it’s not for everyone.

Kawhi is under contract for one more season and just over $20 million. He’ll likely opt out of the final year of his deal to become a free agent and sign a max contract somewhere.

San Antonio’s Kawhi Leonard has Los Angeles — preferably the Lakers — at the center of his preferences for a trade destination, league sources tell ESPN.

While the player isn’t in the driver’s seat in this situation, he’s certainly leaning over with both hands on the steering wheel. A simple “I’m not signing in [enter your team’s city here] takes a lot of leverage away from San Antonio, who now has to move on from the guy they thought would take the championship baton from Tim Duncan.

Now that he’s not, everyone is flocking to the Trade Machine to plug in names to see if their favorite teams can steal Kawhi on the cheap. Danny Ainge has already tried once at the trade deadline, and chances are he’ll make another call just to see if the price has gone down.

So, of course, the question now is… should the Celtics go for Kawhi Leonard, and how much should they give up for him?

It’s not as simple as “yes, you moron, it’s Kawhi Leonard.” The Celtics are in the enviable position of having a lot of talent and a plan in place to see two separate championship-level tracks in play. Every single personnel decision has to be framed around “how much better does our chance of winning get, and how soon will this team get too expensive to sustain?”

The first question to ask ourselves is how close Jaylen Brown is to becoming a Kawhi Leonard-type player?

Looking strictly at their second seasons, the parallels are strikingly similar. Kawhi was more efficient in similar minutes and he was a slightly better rebounder, but Brown compares very favorably. Obviously, that doesn’t indicate they’ll progress at the same rate, but it’s a good starting point.

If you believe Brown can become Kawhi or even Kawhi-light, then there is strong value in keeping him and letting him develop strictly from a contractual standpoint.

Is one year of Kawhi Leonard such a marked improvement for this Celtics team that it’s worth giving up Brown and whatever other players and assets it would take to get him? Assuming they could get this done without adding Kyrie Irving or another max player (it’s financially possible), is giving up Brown, other players (teams would still have to match salaries), and draft picks worth having at least Kawhi, Al Horford, and Irving all opt out of their contracts at the same time?

The Celtics could certainly send a star out in exchange for Kawhi, though I don’t see the value in that for San Antonio. Trading Kawhi away means hitting the reset button, so young potential stars and picks would be of most value to them. A Smart sign-and-trade plus Brown, Ojeleye and picks could do the trick. It gives them youth, a guard to pair Dejounte Murray, a potential star wing, and some combination of first rounders to draft the next generation of Spurs.

The Celtics would be gutting their bench, but a starting lineup of Kyrie, Tatum, Hayward, Kawhi, and Horford would be a certain Warriors challenger. They’d be good enough that they could get a shot at the decent, ring-chasing veterans willing to play for nothing.

Or… do they think they already have a soon-to-be Kawhi clone on their roster and on a rookie contract for two more years? Is Danny Ainge willing to give up his dream of building concurrent contenders on the same roster so the Celtics can make realistic Finals runs for another eight years?

There’s no easy answer to this question because there are valid points on both sides. Kyrie, Hayward, and Horford with second-year Tatum and third-year Brown can be almost as good a starting line up while keeping all those future assets for themselves.

However, there’s no guarantee of Brown’s future growth while Kawhi is a known entity. If you can get a known quantity now and throw a team out there that would actually scare Golden State, why not do it?

I’m admittedly a bad GM. I see value in keeping all of those assets and contending with the team they have. I don’t think people understand how good Hayward really is and how well the current Big 3 will fit together.

But I’m not 100% opposed to the Kawhi idea either. Welcome to another interesting offseason in Boston.