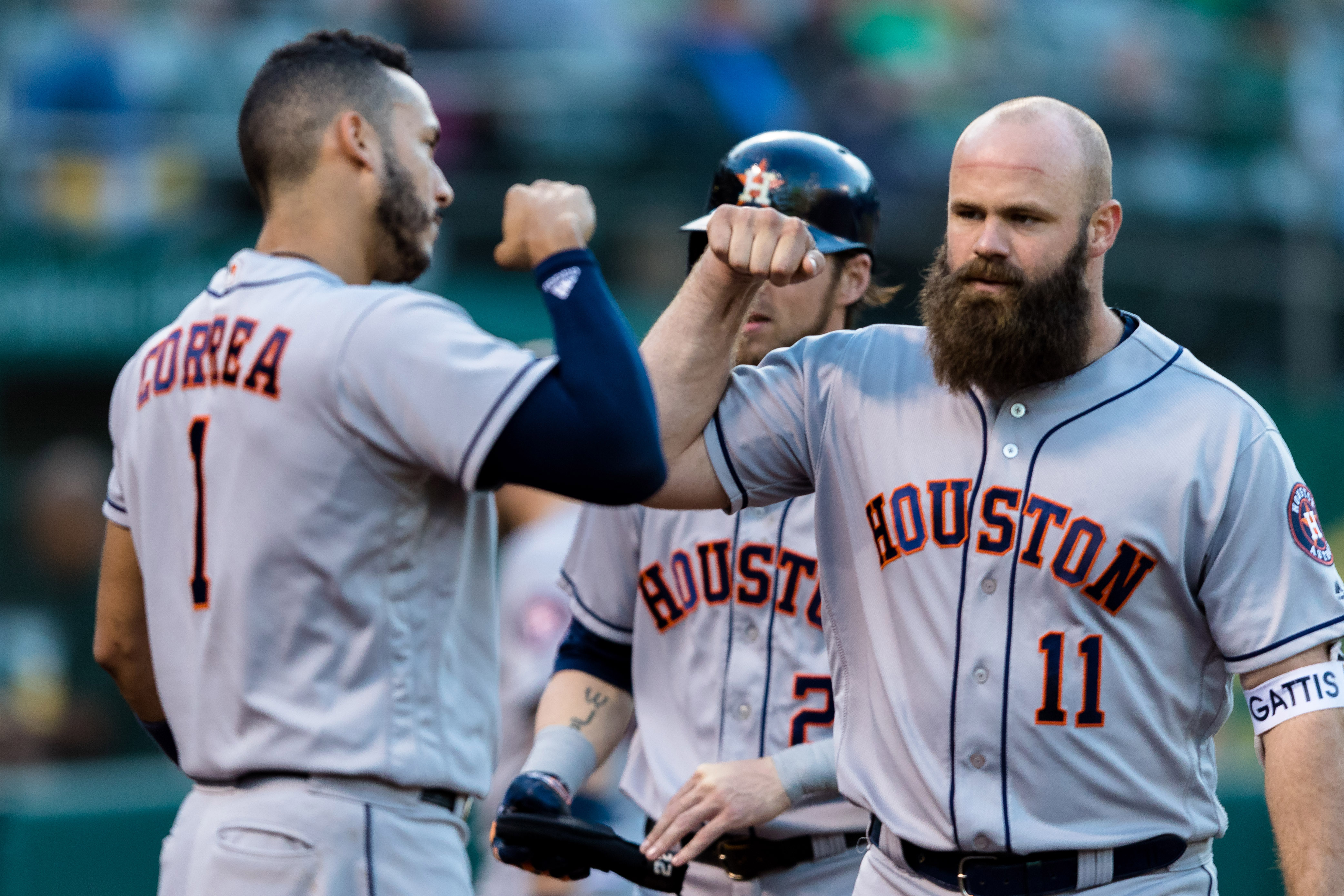 The Houston Astros found themselves in an unfamiliar position back on June 5th. They had just lost to the Seattle Mariners by a score of 7-1, which widened Seattle’s division lead to two games.

Since then, though, manager AJ Hinch‘s club has forgotten how to lose. They’ve rattled off eight straight wins, bringing their overall record to 45-25. Outside of the New York Yankees and Boston Red Sox, nobody in baseball has a better winning percentage than the Astros’ .643 mark heading into Friday’s action.

What exactly has been going right for this club over the past week or so? Well, a little bit of everything, according to MLB.com’s Richard Justice.

The scariest thing of all is that Houston’s league-best rotation has been rather ordinary — from the standpoint of ERA, at least.

So, he’s basically doubled his dinger and RBI production for the season in his past eight games. Not bad.

It’s worth noting that Gattis has gotten his RBI in bunches — five of them came in the first two games of this streak, while another 10 came in his last two. He’s also fresh off consecutive five-RBI performances, making him the first Astros player ever to do that.

What’s truly amazing about this all is the current landscape of the American League West standings. Houston has won eight in a row and has looked rather dominant over that time, but Seattle is just a half-game behind. They lost to the Red Sox Thursday night, but manager Scott Servais‘ club has accomplished this by winning 7 of their last 10 games.

The Los Angeles Angels have fallen behind a bit — they’re 7.5 games out of first entering Friday — but this is shaping up to be an awfully intriguing race as the season continues to grow older.