Your Morning Dump... Where we talk about Kyrie because other people are still talking about Kyrie 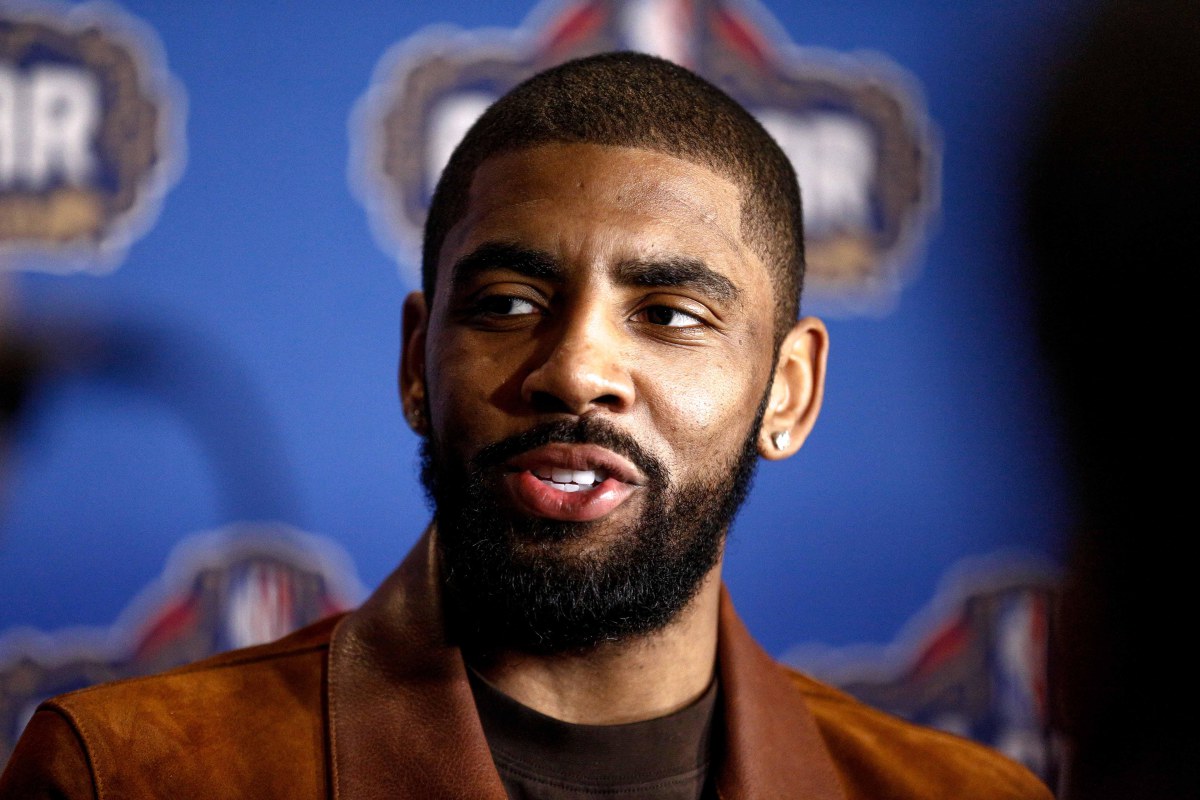 Your Morning Dump... Where we talk about Kyrie because other people are still talking about Kyrie

A lot has been made, and will continue to be made, about Kyrie Irving’s vague response to questions about his long-term future with the Celtics. The star point guard said, “Contractually, financially, [an extension] just doesn’t make any sense,” when asked about potentially signing an extension with the Celtics this summer (Irving would make approximately $80 million more if he opted out of his contract and re-signed with the Celtics next summer).

A lot has also been made, and will continue to be made, about Irving’s vague response to questions about his opinion on the shape of the Earth. The 26-year-old was vexingly ambiguous on the topic in an interview with the New York Times’ Sopan Deb last week.

Not enough has been made about the connection between the two topics: Kyrie’s feelings about his future with the Celtics and his skepticism about the shape of the planet

Max Lederman, long-suffering Sixers fan and official liaison between #WeirdCelticsTwitter and #BoringCelticsEstablishment doing some good work on the Irving front.

Mainly, I want to highlight a point Max makes that–to be honest and blunt–privileged/suburban/white Celtics fans just don’t get.

A distrust of the establishment, or “them,” is necessary for anyone who doubts the scientific consensus we’ve held for thousands of years.

Americans, in general, have a deep and abiding suspicion of stuff their government says–for good reason, many would say, based on prior experience.

What gets lost in translation, though, is that, within the AA (African-American) community, there is also a deep and abiding mistrust of ‘science’ founded on much the same basis.

‘Absurd!’ you say, ‘why on EARTH would anyone mistrust something as impartial and free from bias as science?’

Because, if you’re part of the general African-American culture, scientific research is seen through a different lens.

Much of what we know about the progression of syphilis came from a study in which black men were lied to:

After funding for treatment was lost, the study was continued without informing the men that they would never be treated. None of the men infected were ever told that they had the disease, and none were treated with penicillin even after the antibiotic was proven to successfully treat syphilis. According to the Centers for Disease Control, the men were told that they were being treated for “bad blood” (Wikipedia)

Medical research? Advanced immeasurably by tissue harvested from Henrietta Lacks, after she died:

[B]y 1954, Jonas Salk was using HeLa cells in his research to develop the polio vaccine, To test his new vaccine, the cells were mass-produced in the first-ever cell production factory. (Wikipedia)

You remember that line Jaylen Brown tossed out last fall when he was talking to the Guardian? “The older fish says: ‘What’s up guys, how’s the water?’ The two younger fish turn around and look back at the wiser fish and ask: ‘What’s water?'”

Most of us, myself included, have grown up in an environment–a culture–where science has been exercised almost exclusively for our benefit. Why wouldn’t we trust everything some guy in a white lab coat tells us? Why wouldn’t we assume that Bill Nye and Neil DeGrasse Tyson are always right?

Consider also, how little engagement the AA community has with state and national parks, and other easily (to us) accessed ways of building confidence in the natural sciences:

When Ms. Winfrey visited Yosemite this month to tape her show, Mr. Johnson said, he was not surprised to hear that it was her first trip to the park and her first time camping. He said he was more likely to meet someone from Finland or Israel in the park than from, say, Harlem or Oakland, Calif. (NYTimes)

Oprah Winfrey–one of the richest and most powerful individuals in entertainment–had never been to Yosemite, despite having more than sufficient resources to do so.

Is it any wonder that the zeitgeist of the AA community is deeply suspicious of ‘science’?

Now you can point to the fact that Irving was born in Australia, was raised in privilege, and so forth, but his cultural associations were essentially determined at birth by his skin color. He pretty much inherited a deep-seated suspicion of ‘science’ as an authority along with all the other trappings of AA culture.

And, on the opposite side of the coin, almost everyone who’s critiqued Kyrie’s comments is incapable of formulating an argument in favor of the ’round earth’ hypothesis. Nearly every argument ends up relying on appeals to authority (‘but pictures from space’ is a popular one), and that’s no argument at all.

When people say ‘hundreds of years of science…’ they aren’t ‘doing’ science. They aren’t being the least bit scientific. All they are doing is appealing to a cultural construct called ‘science’, a construct that has been decidedly uneven in how it has dealt with people based on race.

The one person on the Celtics team that might seem most likely to dismiss Kyrie’s skepticism, Jaylen Brown, is more likely to be the one person on the Celtics team who best understands the reasons for that skepticism. Jaylen saw the people that we’re taught to trust as ambassadors of science and learning–school teachers–deceptively guiding his classmates into suitable fields; he’s seen ‘science’ as a cultural construct used very much to ‘keep people in their place.’

So how does this relate to the Celtics? It’s pretty simple. Kyrie’s kind of like Danny Ainge in that he doesn’t really care what you think of him, but he’s also at liberty to speak much more freely than Ainge. So he’s not going to be looking to please either the people interviewing him or the people listening to him.

Will Kyrie stick around with the Celtics? Given the similarity in disposition between Irving and Ainge, I can pretty much guarantee one thing: Our thoughts on the matter are completely irrelevant.

And, because this is the off-season, that’s pretty much the only Celtics article to recap today.