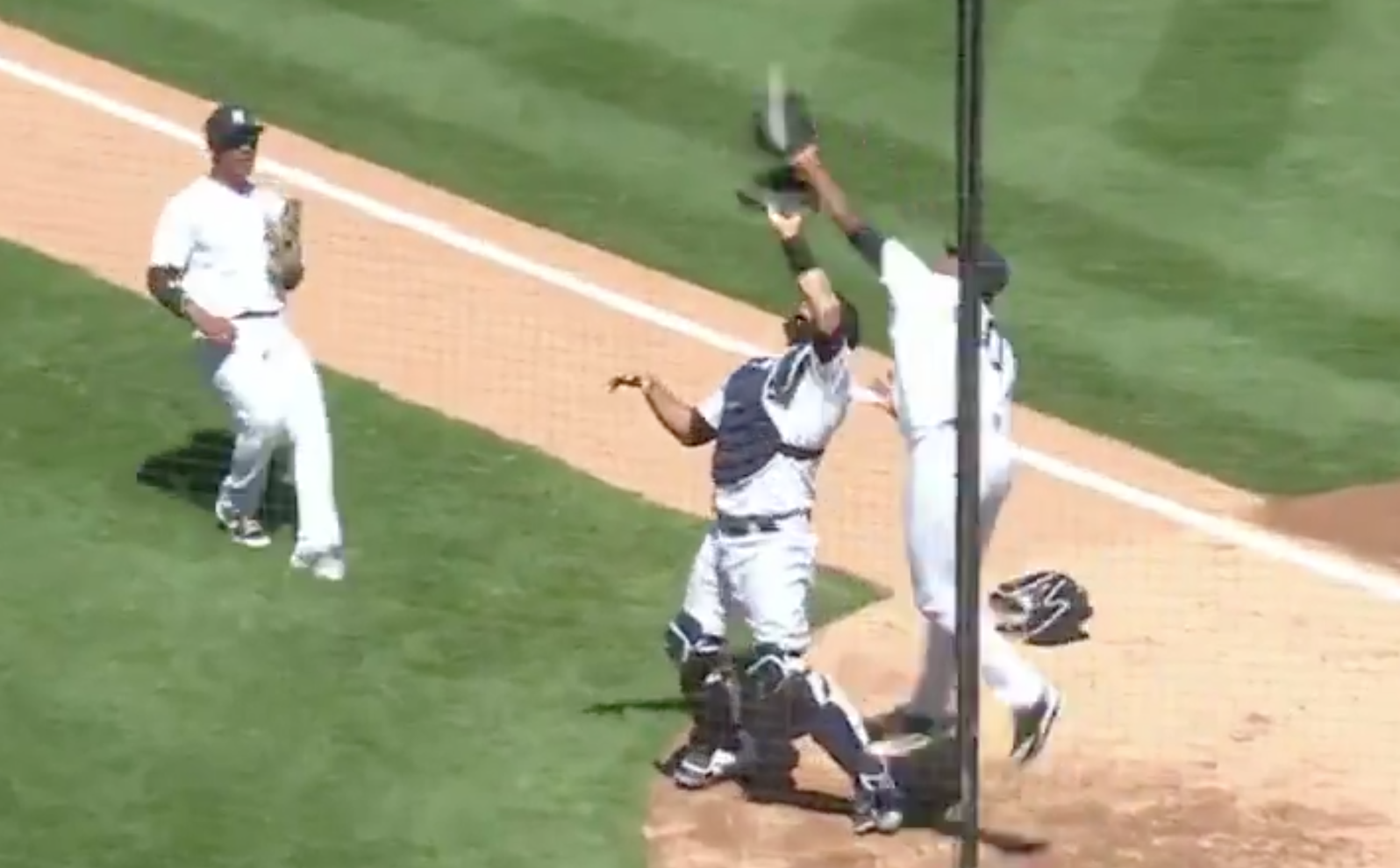 It’s no secret that Yankees catcher Gary Sanchez is a defensive liability.

We know it, fans know it and, apparently, the Yankees players know it as well.

Sanchez dropped a routine pop-up during Thursday’s game, and Yankees ace Luis Severino wanted to make sure he didn’t do it again against the Rays on Saturday.

Carlos Gomez popped one up near the side of the plate in the fifth inning, and even though Sanchez was right underneath it, Severino swooped right in and leaped over him to snatch the ball away.

Sanchez, understandably, was not happy about it, while CC Sabathia thought it was hilarious.

CC's reaction to this Sevy snag is too good 😂

Sanchez provides a lot of firepower with his bat, but as it relates to his glove, not so much.