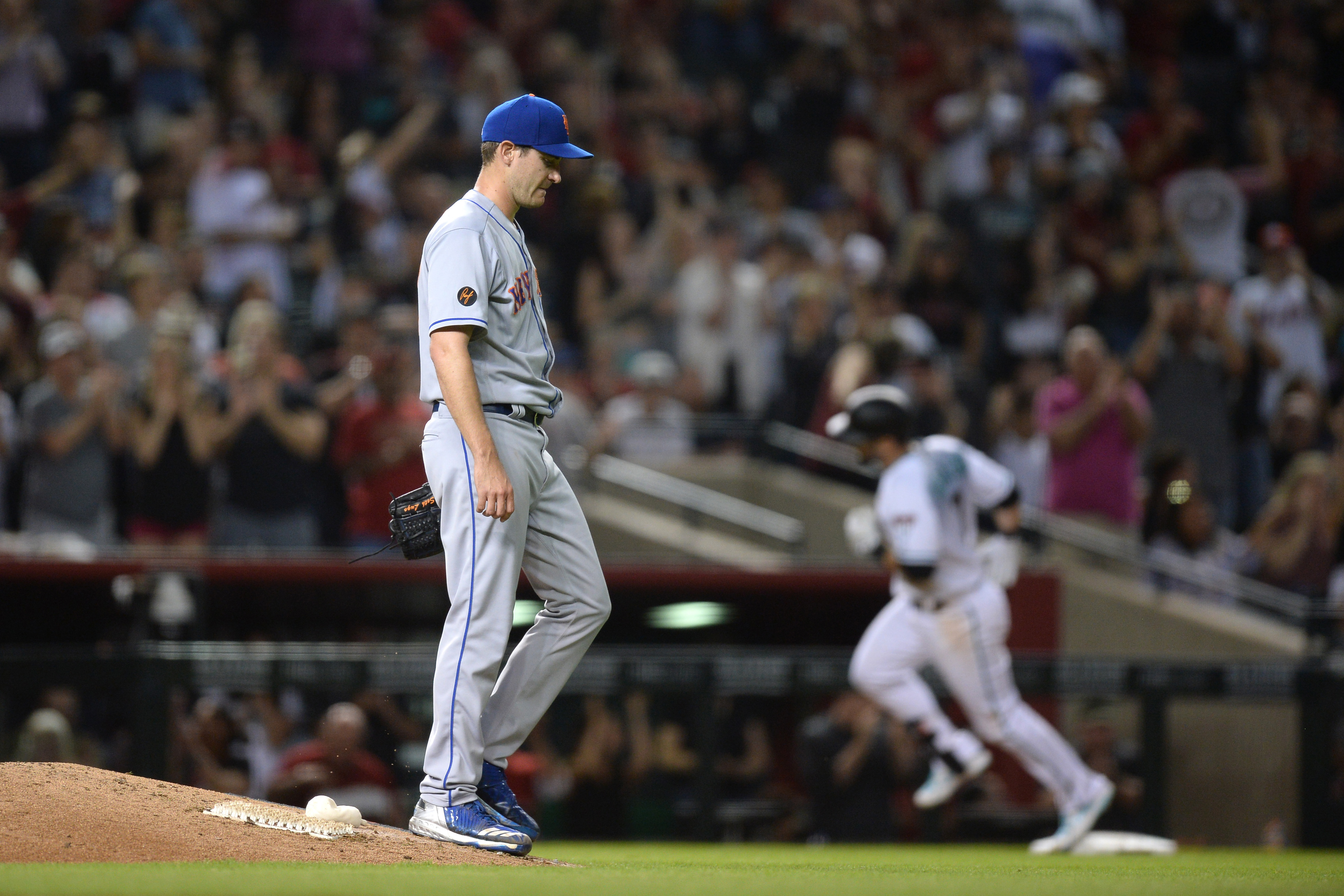 I’m the first one to realize that the struggles of this baseball organization run much deeper than a bushel full of runners left on base and idiotic plays and horrible luck. All the micros pay homage to the macro, which is that the Wilpons are horrible owners who care more about real estate than putting together a winning baseball team. This leads to general managers who make questionable transactions, managers who learn to shave on our faces, and players who use Flushing as a retirement home and wind up playing second base for the first time in ten years because YOLO.

But we can’t talk about the macro every night. Even I get sick of that. So let’s talk about tonight’s micro, which of course is caused by years of macro. The Mets had runners on second and third with one out in the second, but couldn’t score as Amed Rosario flied into a double play with Bautista being thrown out at home by the same length that the Mets are behind the Braves in the N.L. East. Bautista, your “low-risk high-reward” myth, is hitting .214 as a Met. Not .214 when you factor in his horrible Braves numbers, but .214 as a Met. Everybody who got excited about his on base percentage because he walked nine times must be beside themselves as he’s hitting .095 in his last ten games before Friday, and can’t score off of Jarrod Dyson’s arm.

Then in the third, after Seth Lugo and Michael Conforto was hit by a pitch, Todd Frazier doubled with a runner in scoring position, and that runner … get this … actually scored!!!

(Editor’s note: Mickey Callaway said after the game that if the Mets had hit three ground balls to second base, they’d have had five runs through four innings. Awesome!!! Way to raise the bar for the middle of your order. “Let’s go! 4-3 now, 4-3!!!” Are you kidding me with this nonsense???)

Then in the fourth inning after the Diamondbacks took a 3-1 lead, Dominic Smith homered off the pole to make it 3-2 Snakes, and Kevin Plawecki walked. Amed Rosario tries a bunt, and Plawecki dances off first base and slips and falls … twice … going back to the bag, and he was picked off easily by the catcher. Another run mindlessly given up by sloppy play. Caused by Kevin Plawecki, who committed the error. Or was it by Sandy Alderson, who decided that he and Travis d’Arnaud were more than enough to roll with this year. Or maybe it’s Fred Wilpon’s fault for buying this team in the first place. See? micro to macro in three easy steps.

Daniel Descalso put a hard cap on Seth Lugo’s night with a two run home run in the fifth, and the rest was academic. Godley somehow lasted 6 and 2/3’s. Chan Ho Beck entered the game and gave up a run in one and 2/3’s. Beck was a waiver pick up from the Chicago White Sox because Jamie Callahan went from Sandy’s prized acquisition for Addison Reed to selling insurance somewhere in Montana. (Callahan actually has a 9.72 with a 2.16 WHIP. He’s one of the guys we got because Fred Wilpon wouldn’t pay for better prospects. From macro to micro and back again, kids.)

The Mets have now gone from 10 over .500 to 10 under .500 faster than any team in major league history. But the Mets won’t fire or release anybody because their ninth inning rally resulting in one run has given them hope for the rest of the season. Also, the three teams ahead of them in the standings all lost, so get ready for the Mets to trade for Victor Zambrano again … especially with the Marlins catching up at three games back.