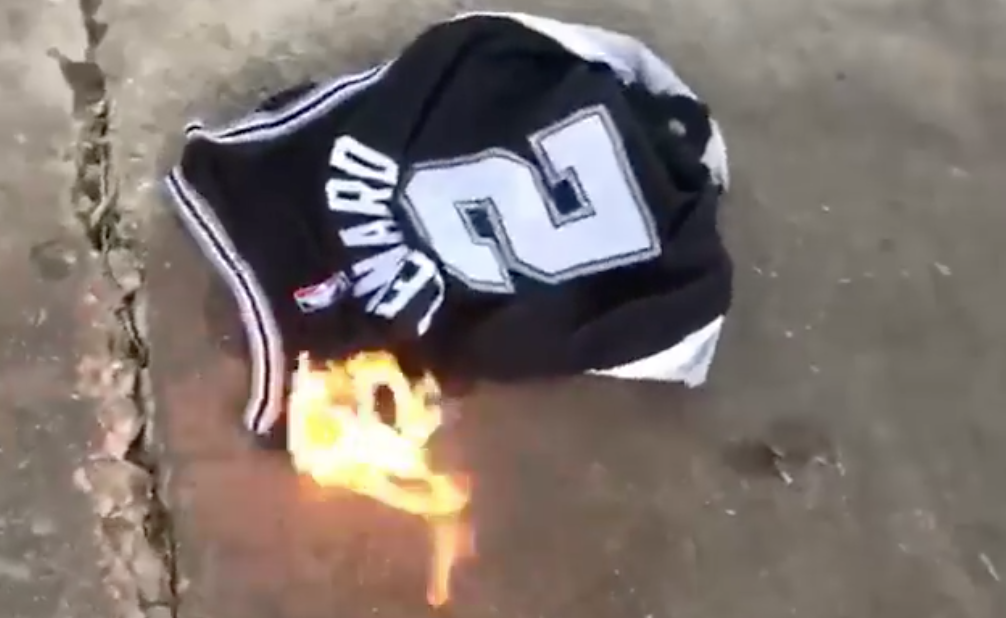 Kawhi Leonard was once loved in San Antonio, but he’s beginning to become more of an enemy than a friend.

Leonard elected not to play through a quadriceps injury in the playoffs — the same one that Tony Parker once had. Parker, however, still managed to suit up for game action, while Leonard did not.

Not only that, Leonard now reportedly wants out of San Antonio, with the Lakers being his preferred landing spot.

That appeared to be the tipping point for one particular Spurs fan, who recently burned Leonard’s jersey and posted a video of it on Facebook.

It will be interesting to see what type of reception Leonard gets when he suits up for a new team and returns to AT&T Center.