The Fallacy of 'Fixing The Farm System' By Trading Jacob deGrom 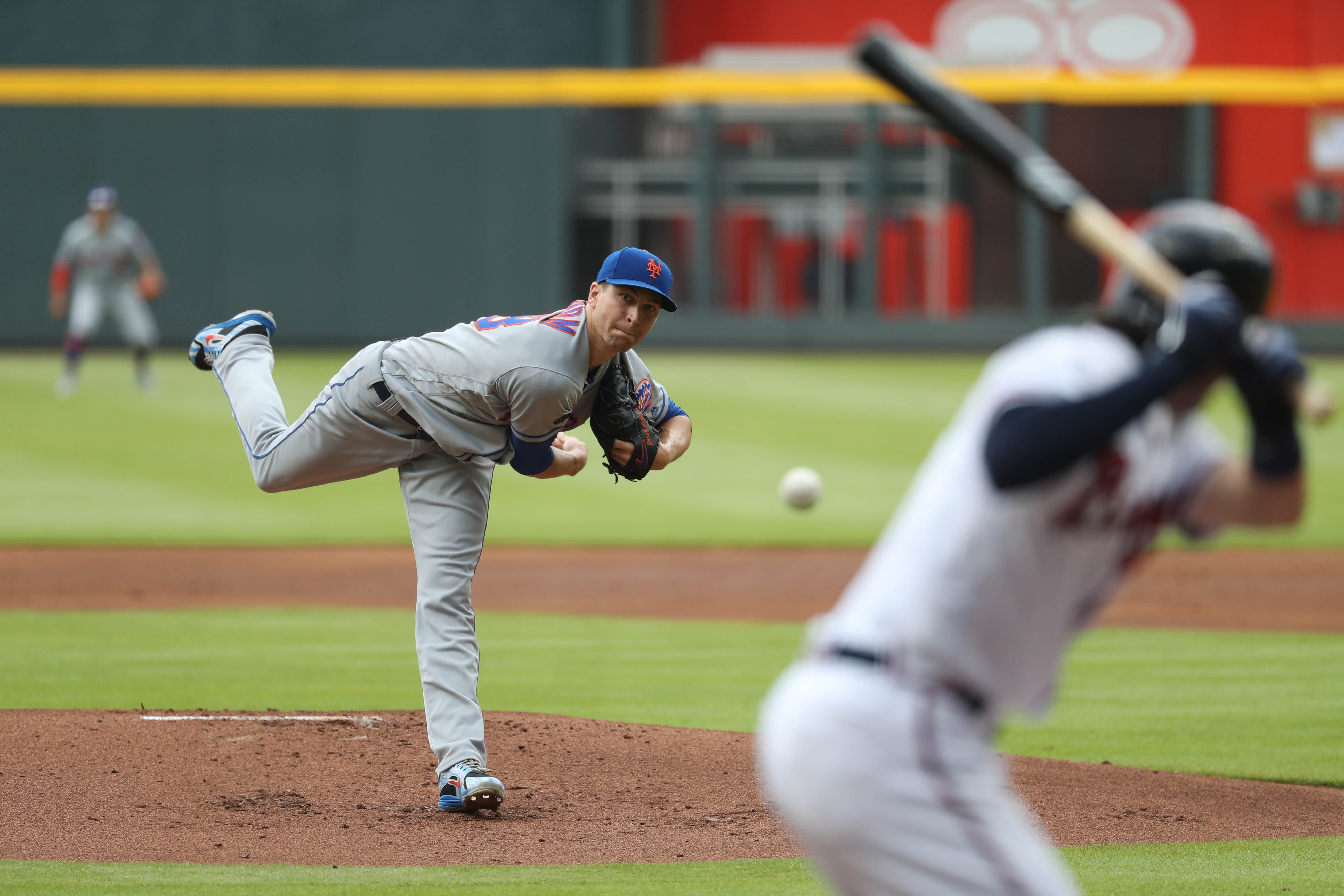 The Fallacy of 'Fixing The Farm System' By Trading Jacob deGrom

Yes, this is another post about the idea of the New York Mets trading Jacob deGrom. This idea has continued to gain traction in the mainstream media as the Mets’ season spirals down the drain, especially with the team going 17-37 since their 11-1 start. The Mets are now 10 games under .500, and with few top prospects in the farm system there isn’t an immediate fix to the team’s many problems. This has led to the idea of trading deGrom, who is about to turn 30 and is pitching at an all world level, for a haul of prospects to restock the farm system. While this idea makes sense on a theoretical level, it is a complete fallacy if you look at it in a practical sense.

It’s easy for national experts to point to the haul the New York Yankees got two years ago in deals as a case to trade deGrom. The Yankees were able to take advantage of a weak relief market, dealing two months of Aroldis Chapman to the Chicago Cubs for Gleyber Torres, Billy McKinney, and two other prospects while shipping two and a half years of Andrew Miller to the Cleveland Indians for Clint Frazier, Justus Sheffield, and two other prospects. The starting pitching market is similarly weak this season, with the top available arms consisting of Cole Hamels (who has a no trade clause), J.A. Happ, Tyson Ross, and the ghost of Matt Harvey. deGrom is light years better than anyone in this list, and he would theoretically secure a return similar to the Miller or Chapman deals.

The Mets have every right to listen to offers, and if a team wants to overpay for him, they should strongly consider it. An overpay would be a team like the Yankees calling Sandy Alderson and offering at least one of Torres or Miguel Andujar along with several other elite prospects. Anything less than that won’t really do too much to rebuild the farm system, which is why the pundits think the deal should be made in the first place.

Speaking of that farm system, the only reason it needs to be rebuilt is that the Mets have been inept at drafting under Alderson. Their drafts from 2011-2014, which would consist of the top prospects in the system or impact young players in the major leagues, has given the Mets Michael Conforto, Brandon Nimmo, Seth Lugo, Robert Gsellman, and a bunch of players who fit into one of two categories: mediocre big league bench players (think Matt Reynolds) or busts (Gavin Cecchini is heading that direction while its hard to argue Kevin Plawecki doesn’t fit that bill). The Mets have also done a horrific job signing talent in the international free agent pools, virtually ignoring Japan and Cuba while only digging up Amed Rosario and Andres Gimenez in recent years.

This is contrast to the Yankees, who already had a solid farm system when they made the Chapman and Miller trades. The Yankees’ farm system at that point had Gary Sanchez and Aaron Judge, both of whom have blossomed into stars, along with other intriguing players who they used to complete trades for pieces down the line (like Dustin Fowler and Jorge Mateo in the Sonny Gray deal or Ian Clarkin and Blake Rutherford in the White Sox trade that netted the bombers Todd Frazier, David Robertson, and Tommy Kahnle). The Miller and Chapman trades elevated the Yankees’ farm system from a middle of the pack unit to one of the best in the sport.

The Mets currently have one of the worst farm systems in baseball, so one big trade won’t be enough to fix it. In essence, the idea of trading deGrom for a haul of minor leaguers is being considered necessary because the Mets have been bad at scouting and finding young talent. That comes down to incompetence, and it is complete nonsense to trade one of the top five pitchers in baseball because the front office isn’t doing its job. This is similar to the Baltimore Orioles being unable to re-sign Manny Machado since they gave Chris Davis a seven year, $161 million deal.

It is unacceptable that the rationale for trading Jacob deGrom would be to fix the Mets’ farm system. Surrendering a top five starting pitcher in baseball is a lot different than trading two relievers and an outfielder in his mid 30’s on an expiring contract, which is what the Yankees did to stock up on prospects. Replacing deGrom will be nearly impossible, and even if you held on to Noah Syndergaard the long term outlook for the rotation is dicey behind him and Steven Matz. Having two elite starting pitchers is a strength that can win teams championships: ask the 2001 Arizona Diamondbacks what it meant to throw Randy Johnson and Curt Schilling at teams in a best of seven series. Breaking that up because the front office has been bad at identifying young talent is shameful and a fallacy, especially for a team fortunate enough to play in the best media market in the country.