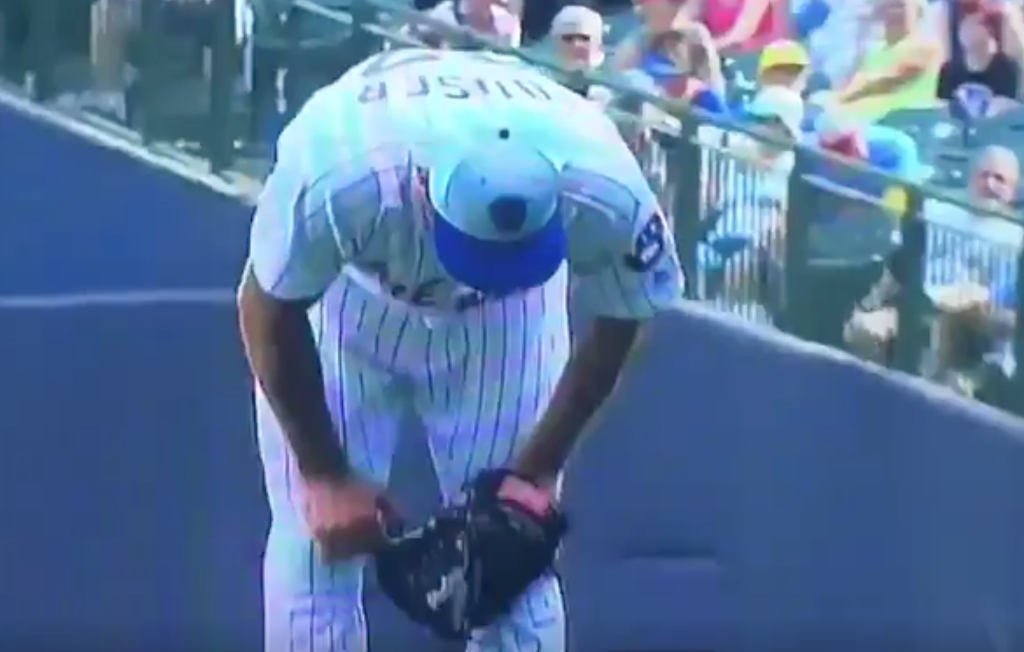 Brewers reliever Adrian Houser toughed it out and made the best of an extremely difficult situation during Sunday’s game against the Phillies.

Houser entered the game in the eighth inning and vomited while on the mound, twice.

Somehow, though, he remained in the game, and ended up finishing the inning.

It was a rough 7th inning for the Brewers’ Adrian Houser against the Phillies this afternoon. He twice threw up and allowed a pair of doubles. pic.twitter.com/XgCH3N5OrU

Houser remained in good spirits and poked some fun about it after the game.

Adrian Houser was in good spirits after the game. "I got it all out," he joked. Day started at 5 a.m., flew into O'Hare, drove up to MP and arrived about 30 minutes before first pitch. Said the combination of travel and heat got to him.

“It happens. Like JJ said, trying to pull out my inner Willy Beeman.” – Adrian Houser, referring to his vomiting spell in the 8th, and comparing it to Any Given Sunday's Willie Beamen, who puked in the huddle in the 1999 movie.

He gave up two doubles in the inning, which led to a run, but it’s amazing that he was able to record three outs for his team, given what happened.