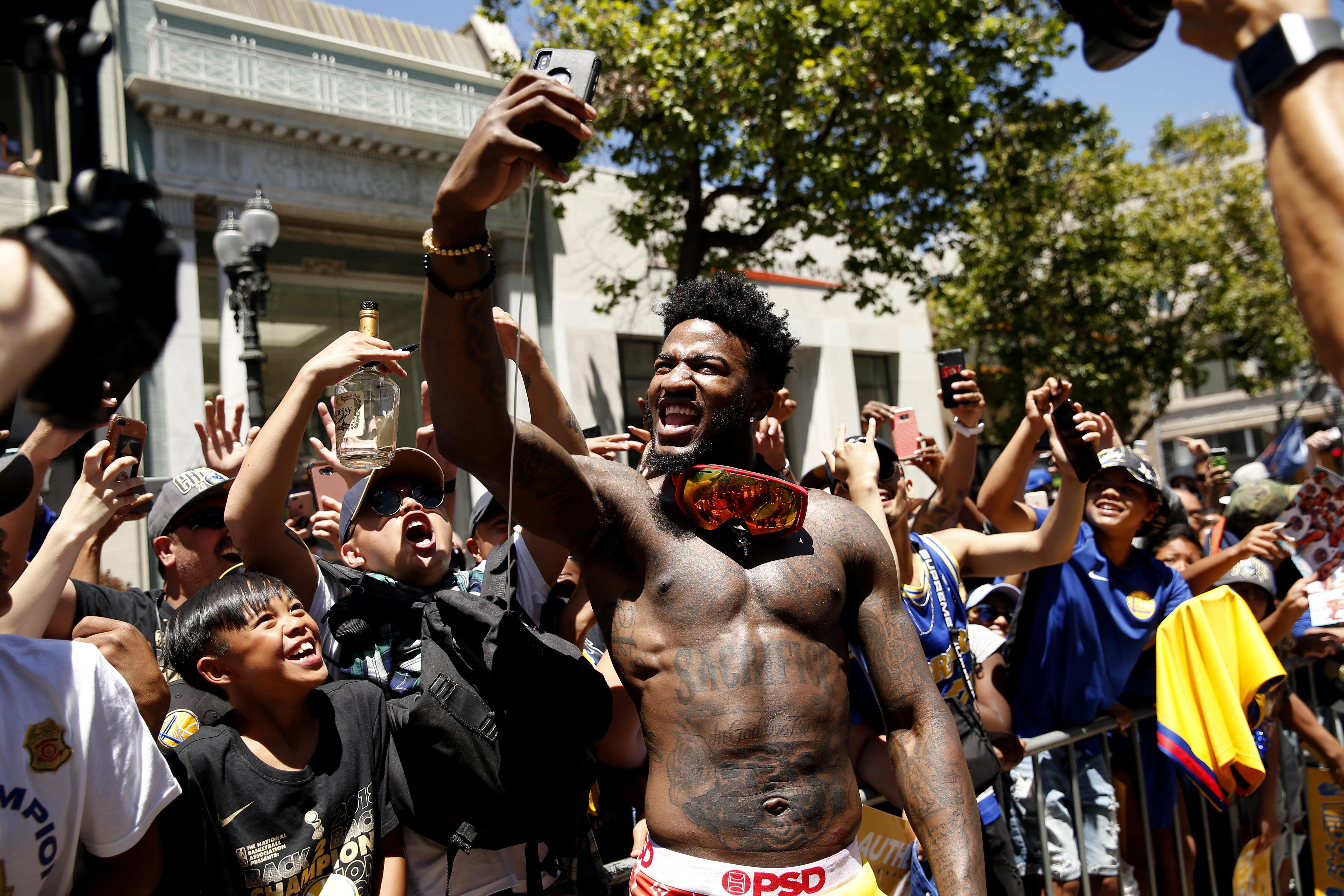 Warriors youngster Jordan Bell made a rookie mistake while the team was celebrated its third title in four years a few days ago.

Bell ran out of Hennessy during the Warriors championship parade, and had to approach fans in search of more alcohol.

Jordan Bell ran out of Henny…got off the bus .then jumped into the crowd to grab a bottle of Henny from a Warriors fan LOL pic.twitter.com/HGQoYDkbM3

Well, lucky for him, the powers that be at Hennessy are making sure that will never happen again.

Bell received a boatload of free liquor, and posted a photo of all his gifts on his Instagram story.

JB is out there living his best life — good for him.