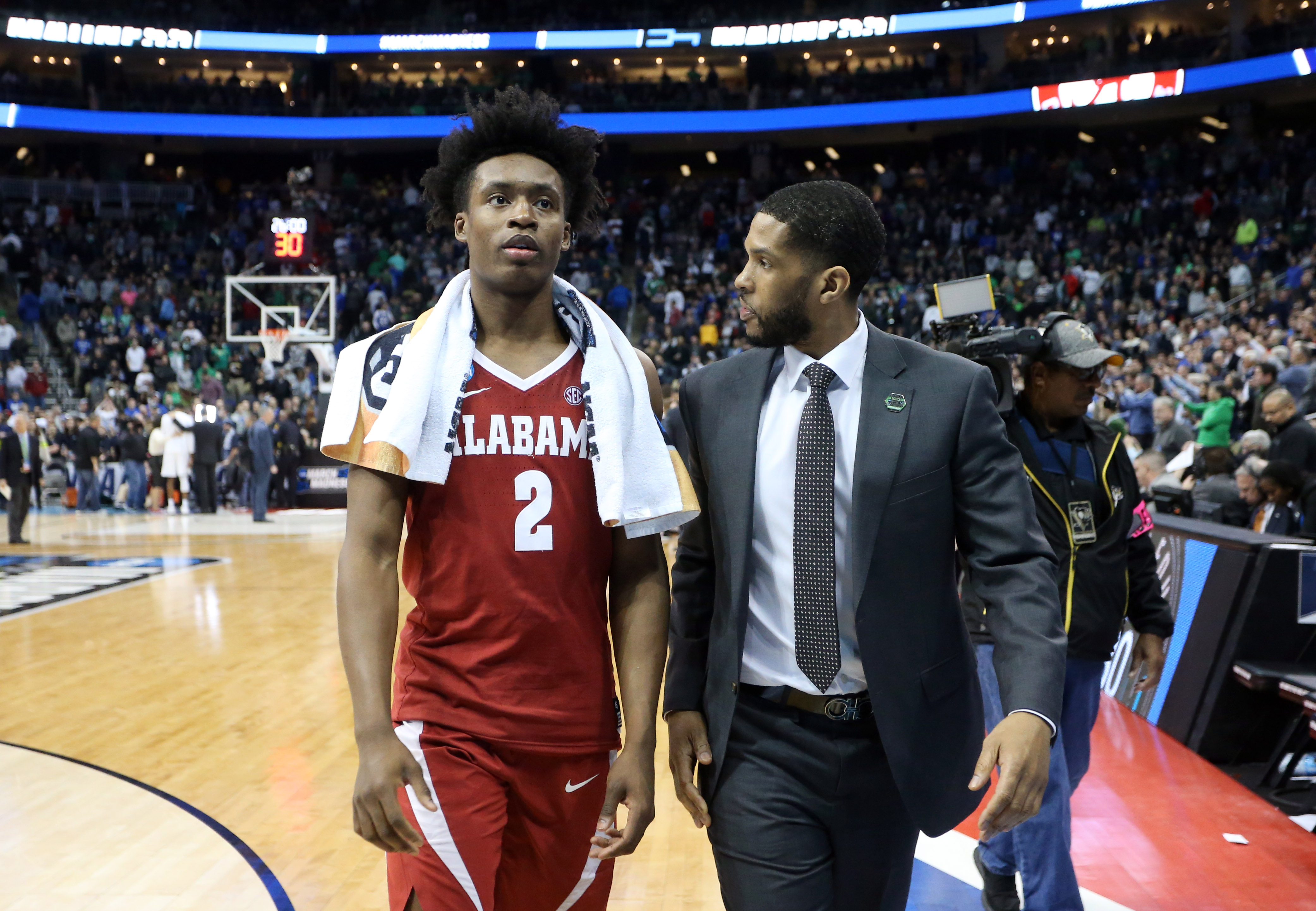 Joe Vardon, on with us right now, says LeBron's people like Colin Sexton

Turning the draft pick into a player who can help James sooner may appease the 4-time MVP, but if the Cavs keep the selection, James appears to have a preference on who to select. According to Joe Vardon of Cleveland.com (via ESPN’s Jordan Zirm), James and his camp are high on Alabama’s Collin Sexton. It’s worth noting that owner Dan Gilbertwas present during the team’s workout with the point guard.

Ashish Mathur of Amico Hoops hears that Sexton is a “strong possibility” for the team’s top selection. The point guard averaged 19.2 points per game during his lone season in the SEC.

It is unclear how much LeBron James will consult on the Cavaliers upcoming draft, due to impending free agency with with rumors flying around.  But, with little chance the Cavaliers have at keeping James — picking the player he favors the most only helps your odds. Sexton brought the Crimson Tide to the NCAA Tournament this season — averaging 19.2 points and 3.6 assists per game during his freshman campaign.