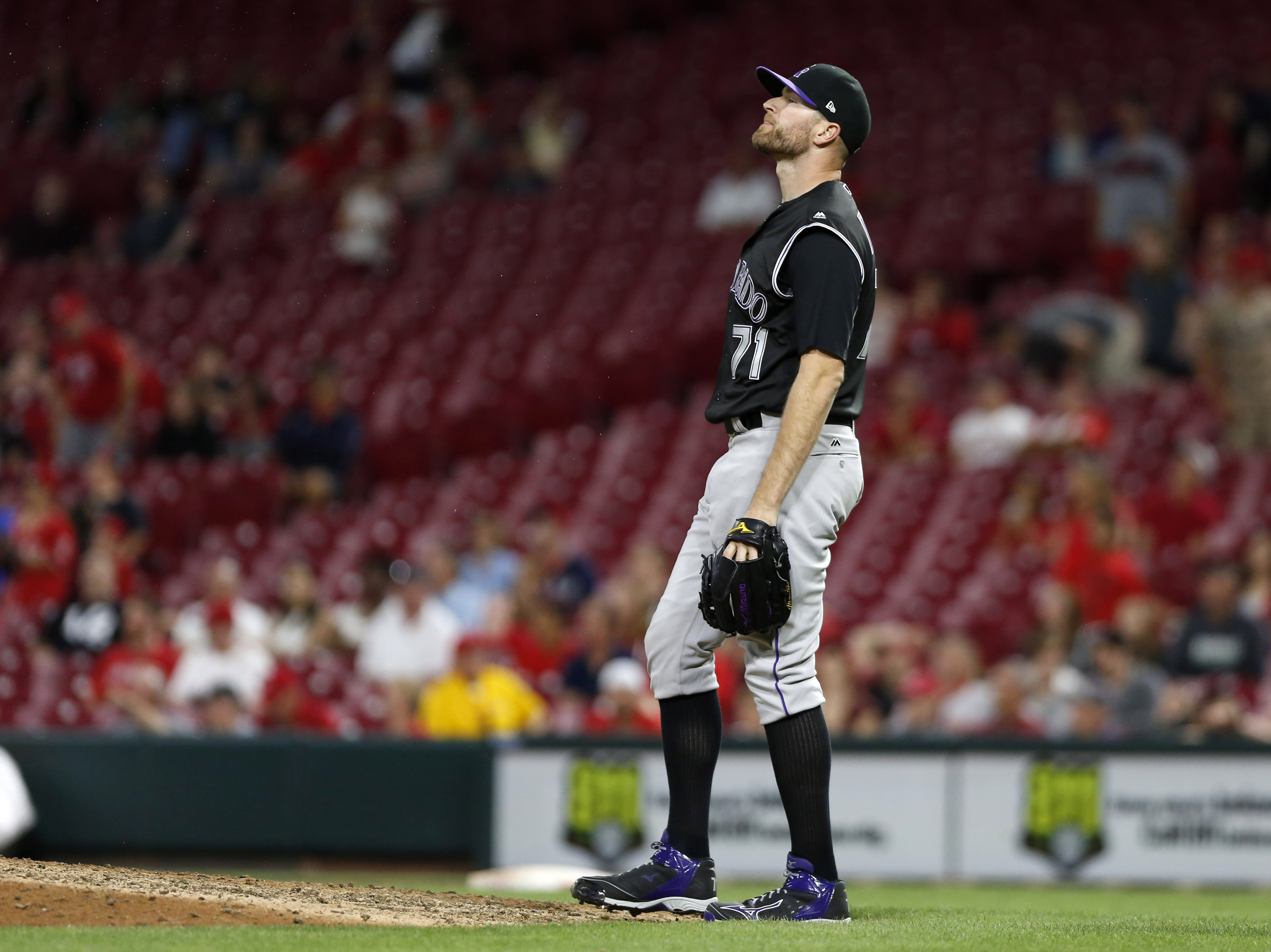 The Colorado Rockies focused a lot on improving their bullpen over the winter. One has to wonder what the front office is thinking about those investments right about now.

Between re-signing Jake McGee and signing Wade Davis and Bryan Shaw, Colorado invested a total of $106 million in bolstering their relief corps. The rationale behind it all made sense, but things haven’t worked out thus far.

This lack of production hasn’t been limited to these three hurlers, though — it’s spreading throughout the bullpen like an epidemic.

That’s a lot of runs in a short period of time, you guys. It’s also a huge reason for their recent fall in the National League West standings.

When manager Bud Black woke up on June 1st, his club sported a 30-26 record with a 1.5-game lead over the second-place Arizona Diamondbacks. Entering Monday’s series opener against the New York Mets, they’re now 34-37 and five games out of first place.

They went from that 1.5-game lead to being 1.5 games out of last place in a span of two-and-a-half weeks. Not great, Bob.

While their current 9.25 ERA during the month of June (in 48.2 innings) would torpedo any team’s season-long numbers, this group hasn’t performed up to expectation all year. They boasted a 4.89 ERA in April and 4.04 mark in May prior to this nosedive. That’s not what they were hoping for upon laying out so much cash during the offseason.

As a unit, the Rockies’ relievers have posted the second-worst ERA in baseball (5.49) and are tied for the worst strand rate (64.9%). When you combine that with one of the league’s worst walk rates (10.7%) and 1.14 home runs allowed per nine innings, good things rarely happen.

They’re still very much in the playoff hunt — whether we’re talking about the division or wild-card race — but the bullpen has to improve if they plan on returning to October for the second consecutive year.