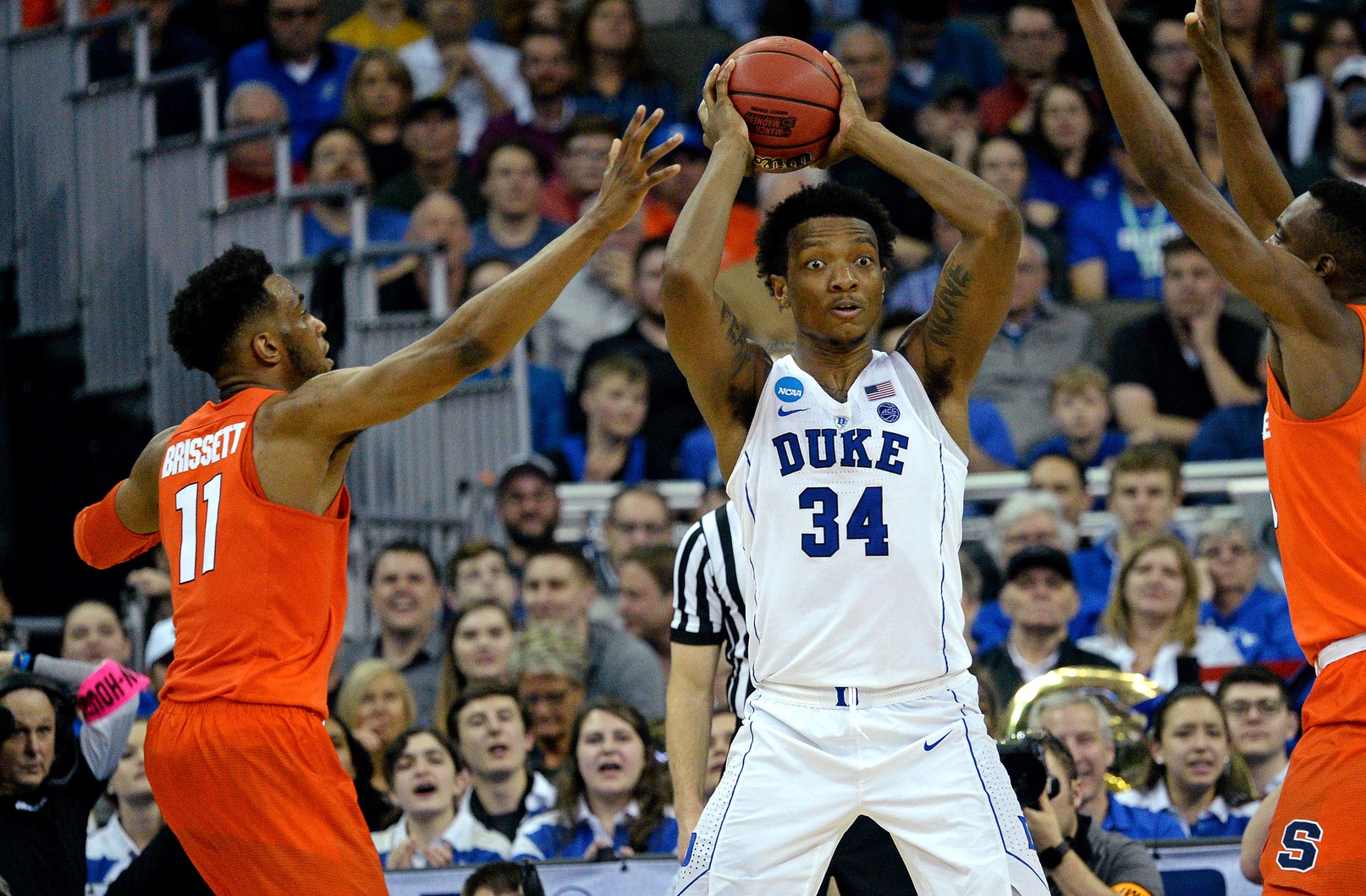 Wendell Carter Jr. was often overshadowed by fellow big man and teammate Marvin Bagley III during their lone season at Duke. Despite this, WCJ showed why he’s a lottery pick with the ability to make an immediate impact for his future team. Although he may be undersized in terms of height of your typical center, he has the strength to bang down low with the best of them. Also, with the game trending towards small-ball and bigs that can stretch the floor, WCJ likely won’t feel undersized whether he plays at the four or five.

WCJ showed flashes of what he could become as a stretch-big in the NBA. He connected on 41.3 percent of his three-point shots (albeit a small sample size) and shows decent mechanics that should allow him to increase his range to the NBA three-point line. WCJ showed good footwork and finishing touch around the rim in college, but could still use some fine tuning, especially since he’ll be going against bigger and more athletic bodies at the next level. WCJ’s ability to pass out of the low block and at the high post is one of the more underrated parts of his game and could be featured more prominently in the future.

Defensively, WCJ showed good instincts and timing when it came to blocking shots around the rim. Although he’s not an explosive athlete, once he gathers himself, he is able to get up and alter shots. On the perimeter, WCJ showed flashes of his ability to move his feet and stay in front of smaller players. But often times he got burned because of undisciplined closeouts. Although WCJ is a great rebounder on both ends of the floor, he’ll sometimes lose track of box out assignments or he’ll lose rebounds to other players that he clearly should have grabbed. Some contribute these weaknesses to a lack of focus/motor, while others hope it’s simply something that can be coached and fixed.

I see WCJ’s floor as being Robin Lopez. Lopez is not an explosive athlete by any means, but he has solid defensive instincts and is a good rim protector and rebounder. He has recently extended his range to the point where he has a reliable mid-range jumper that will keep defenses honest.

WCJ is a better athlete and is more mobile at this point, but he’ll have to stay disciplined and work on his body to make sure his weight doesn’t slow him down. He has already done a decent job in terms of slimming down pre-draft.

I think WCJ’s ceiling is Chris Webber. Webber was a dynamic big man who could stretch the defense, play down low, but also had the ability to distribute the ball, as evidenced by his 4.2 career assists per game. WCJ’s ability to pass is not as flashy as Webber’s, but he can see the floor well and make timely passes. His college average of 2.0 assists per game will likely increase with more touches and a more free-flowing NBA offense.

In order for WCJ to reach his full potential, he’ll need to learn to use his body and strength to his advantage when he drives or operates down on the low block. He’ll also have to work on his perimeter shooting to ensure its reliability, as that is becoming the new norm for modern bigs in the NBA. Finally, remaining focused and maintaining a high motor during games will ensure he sees more time on the floor.

WCJ will likely hear his name called during the mid to late lottery. Possible landing spots include Chicago (seventh overall), Cleveland (eighth overall), New York (ninth overall), and Philadelphia (10th overall). The Bulls may wish to draft WCJ to pair alongside Lauri Markkenen (last year’s seventh pick) as their bigs for the future. WCJ could play alongside Kristaps Porzingis or provide solid backup minutes in New York, and he could bring the floor spacing needed for Ben Simmons to operate in Philadelphia. Nobody knows what’ll happen in Cleveland, as they may wish to take the best available player with their eighth pick. Who that’ll be is anyone’s guess.