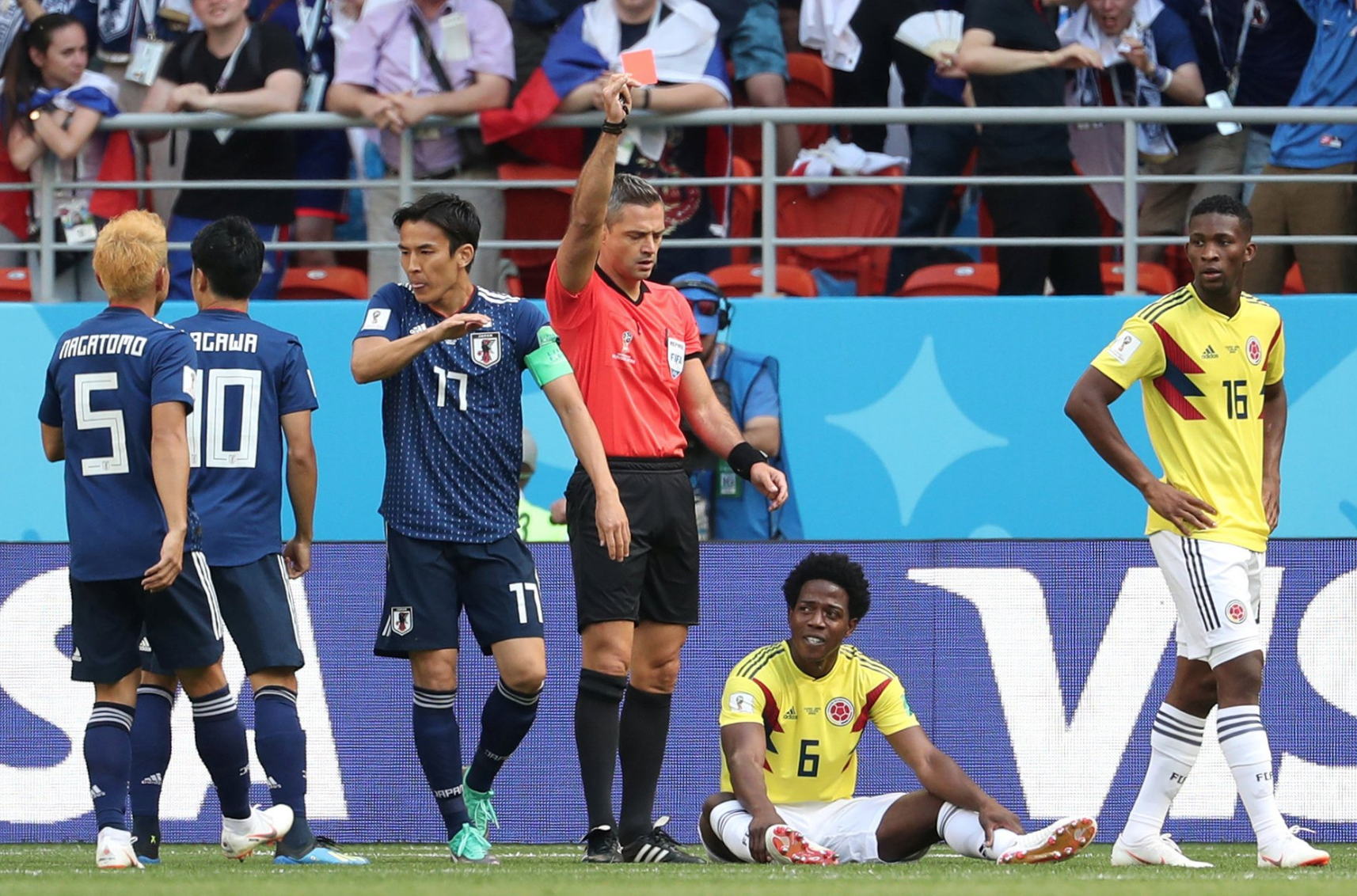 Sanchez tried to be the hero, but ended up being quite the opposite, as he received the second-fastest red card in World Cup history.

It happened in just the third minute of the match, when Sanchez curiously attempted to a block a surefire goal with his hand (similar to what Luis Suarez did in 2010). He did just that, but it resulted in a red card, and a penalty.

First Red Card of World Cup 2018 for Carlos Sanchez. He took this one for the team, trying to stop the goal like Luis Suarez did. pic.twitter.com/f3Ny0NPh0c

Shinji Kagawa buried the penalty, and Japan jumped out to a 1-0 lead. They later emerged victorious, 2-1.