Eight teams on track for early exits in World Cup 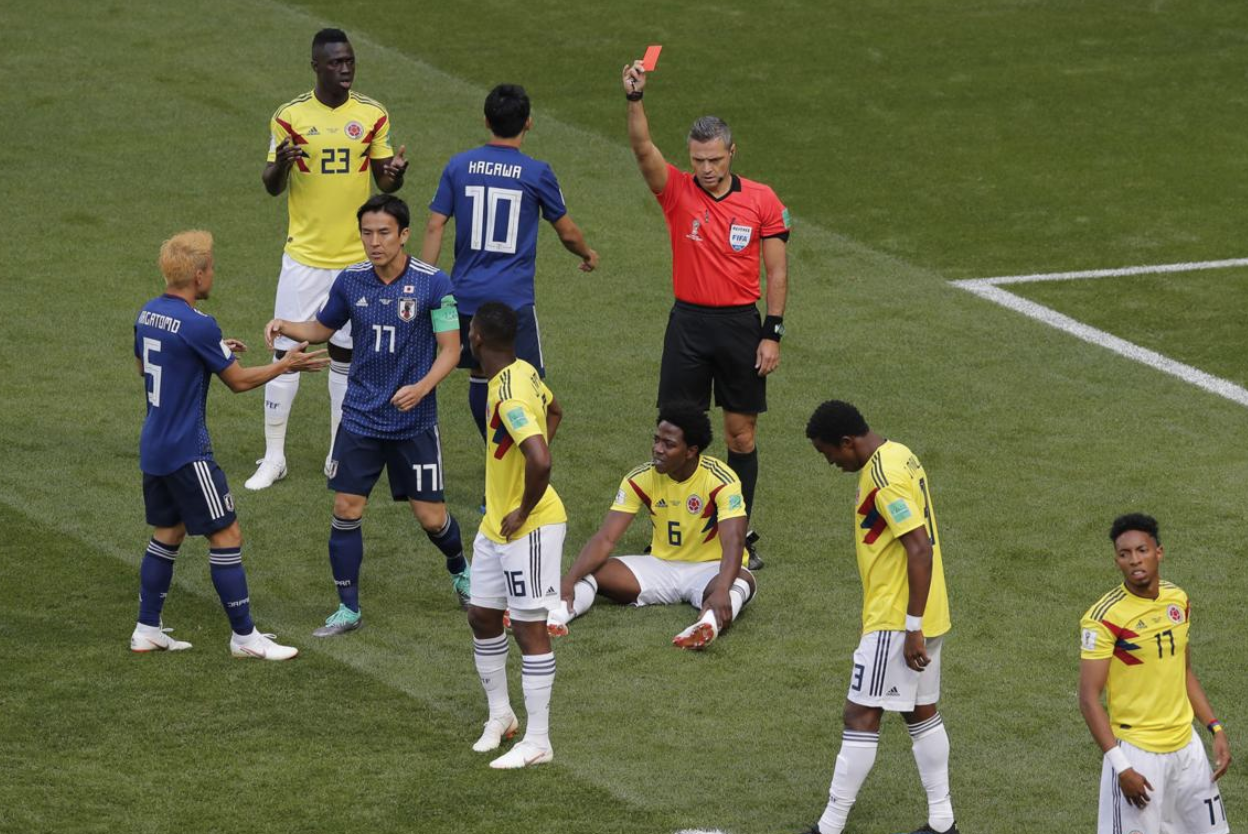 Eight teams on track for early exits in World Cup

The second set of group-stage matches in the 2018 World Cup is just beginning, and play is really heating up.

But before we get to watch the World Cup knockout stage, each  team — aside from Egypt and Russia — has two games remaining, and at least one squad in each group seems destined to be eliminated from contention. Let’s take a closer look at which teams will be booking early flights out of Russia.

Opening World Cup play against the host country is often a difficult task, but Russia was the lowest-ranked team (FIFA World Rankings) coming into the tournament. But the Saudi squad showed little talent or mettle in a 5-0 drubbing at the hands of their hosts. This was made worse by the fact Saudi Crown Prince Al Saud was sitting next to Russian President Vladimir Putin. Both men smiled at each after each goal, but you have to think that President Putin’s grin was more natural than his Saudi counterpart’s.

Their next two matches pit the Saudis against Uruguay and Egypt. While Group A might be the weakest of all the groups, such a drubbing is not a good omen for the Saudis, who will probably not garner a point in group play, en route to an early tournament exit.

Losing their bid to host the World Cup in 2026 the day before the tournament began was painful, but their loss to Iran was probably worse. Considered favorites against an Iranian squad that was affected by the worldwide embargo, the Moroccans lost on an own-goal in injury time, 1-0.

Next up for Morocco in Group B play are Portugal and Spain, who played to a 3-3 tie, and will both need wins in order to advance to the Round of 16. It’s safe to say that Morocco will be returning home without earning a point in the tournament.

The Aussies put up a valiant effort against France in their opener, but ultimately lost, 2-1, on a penalty kick and an own goal. As for Australia, their only goal came via a penalty kick. Awaiting the Socceroos next are Denmark and Peru, who are both vying for the second spot in order to advance to the next round. With Denmark winning their opener against Peru, Australia will need at least four points in order to advance beyond the group stage. But with Denmark sitting in the catbird seat, and Peru trained to play against tougher CONMEBOL competition, the Aussies simply don’t have the talent to overtake their rivals and continue on in the tournament.

Sure, they may be a fan favorite, but look for the Socceroos to be returning down under shortly after their final match on June 26.

The Super Eagles have qualified for six of the past seven World Cups, proudly representing the African Confederation (CAF). Manager Gernot Rohr has done an admirable job with this squad, and they were the first African team to qualify for World Cup play. A closer look at Nigeria, however, shows that they have never advanced beyond the Round of 16.

They are heavily reliant on team captain and former Chelsea midfielder John Obi Mikel, but his best years are behind him. Mikel is supported by current Chelsea man and midfielder Victor Moses, but the rest of the squad is average at best. While Nigerian players can hold their heads high for consistently representing CAF, expect the Super Eagles to board their return flight home after playing Argentina on June 26.

After a highly successful campaign at the 2014 World Cup tournament saw Los Ticos make it to the quarterfinals, expectations ran high once they qualified in 2018. But such expectations might be premature, as the team is four years older, without having improved the quality of its squad. Many of their core players are over 30 years of age, and this is a team that has lost some of its pace.

Goalkeeper Keylor Navas, has played well with his club team Real Madrid, but there is only so much he can do for Costa Rica. After losing to Serbia in their opener, they still have to play Switzerland and Brazil. It is highly likely that Los Ticos will be returning home after their group stage matches without having garnered a point.

On the surface, losing to Sweden by a narrow score of 1-0 might not seem catastrophic, but South Korea failed to put a shot on frame. This was a must-win game for the Taegeuk Warriors, who will face Mexico and Brazil next in group play.

After having played two goalless games to complete their qualifying run for Russia, the match against Sweden saw their scoreless streak continue. Whether they score in their next two matches or not, look for South Korea to be booking an early flight back home after group play has ended.

When Panama qualified for the World Cup, it was the first time they had done so in the country’s history. It was so noteworthy that the day that followed the impressive feat was declared to be a national holiday in Panama. The tournament might find Panama’s holiday over, with Los Canaleros having been grouped with Belgium, England and Tunisia.

Their opening match saw Panama competing against a Belgium team laden with talent. With all but one of the rostered players of Belgium competing on a European club team, most of Panama’s squad plays for lesser clubs, primarily in the United States. After holding Belgium scoreless in the first half, Belgium scored three times and cruised to an easy 3-0 win.  With England and Tunisia waiting in the wings, Panama might exit the tournament without garnering a point. But Panama does lead in one current World Cup category: Team captain Roman Torres, weighing in at 218 pounds, is the heaviest player in the tournament. It’s safe to say that Los Canaleros will be returning Panama shortly after their final match on June 28.

Carlos Sanchez received a red card in the third minute of Tuesday’s match, which forced Colombia to play the next 87 minutes with ten players, trailing by a goal. Playing against a Japanese team that replaced their manager less than two months ago, there were still expectations of Colombia coming back and picking up at least a point. While they did tie the game in the 39th minute, the second half belonged to the Blue Samurai, with Colombia fading as the match progressed. In the end, Japan picked up a valuable three points with a 2-1 victory, while Colombia is left to face Poland and Senegal in the other group matches.

After a tough match against Senegal, Poland will be looking to pick up the full three points in their next match against a desperate Colombia squad. It’s possible that Colombia will have failed to gain a point in its first two matches, effectively ending a disappointing World Cup campaign. But while the team may have underachieved, there is some good news for the country: The Daily Star tabbed Colombia’s female aficionados as the hottest women of any fan base in the tournament.