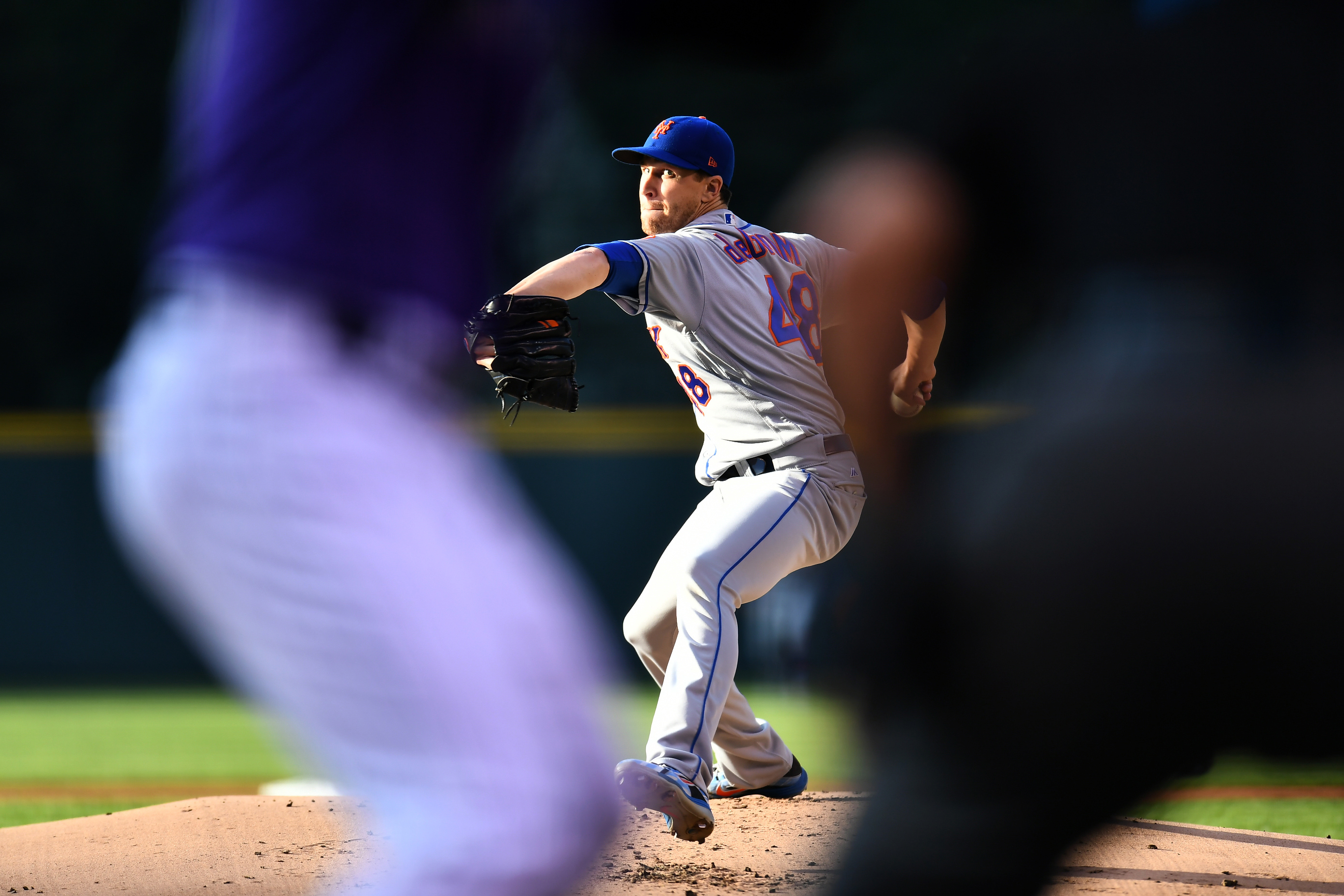 *The Mets needed to go to Coors Field to get Jacob deGrom run support.

Okay, now that that’s out of the way, yes … Jacob deGrom was rewarded for another stellar performance against the Rockies at Coors Field in a 12-2 Mets win (yes, twelve). It had to make him good that before he even threw a pitch, there was this:

The guy is just showing off now. hitting game winning home runs, inside the park home runs, conventional home runs (he had two tonight), and strengthening his case to give the Mets two all-stars instead of one. Or at least be that guy in the final five vote, where he would be a shoo-in. How could anyone vote against this face:

You’d have to be a monster.

As for deGrom, his ERA dropped to 1.51 this season (and rightly so after Jose Bautista was retroactively changed with an error on the Rockies second run). He’s putting together one of the greatest, yet oddest, stretches in Mets history. I went back to Doc Gooden’s 1985 campaign. Even during that season, Gooden never had a 10 game stretch with an ERA as low as deGrom in the ten starts before Wednesday. There would always be a game every ten or so where he would give up three or even five earned runs (which shocked me looking back with his ERA ending up at 1.53). Doc’s last ten starts of the season probably came the closest with a 1.25 ERA, compared with deGrom’s 0.87 ERA. To be fair, Doc pitched about 17 more innings in that stretch than deGrom, but deGrom actually struck out more batters in that stretch.

And of course, Doc didn’t go 2-8 because the Mets had a lineup that didn’t have to go to Coors Field to give him run support. There wasn’t even a Coors Field. deGrom is lucky that there’s a Coors Field. But he’s also good. How good, you ask? Good enough to win the Cy Young award wtih a 7-5 record, which it might come down to unless Coors Field is relocated to New York.

Hey, the Mets scored 12 runs in a game. Anything is possible.