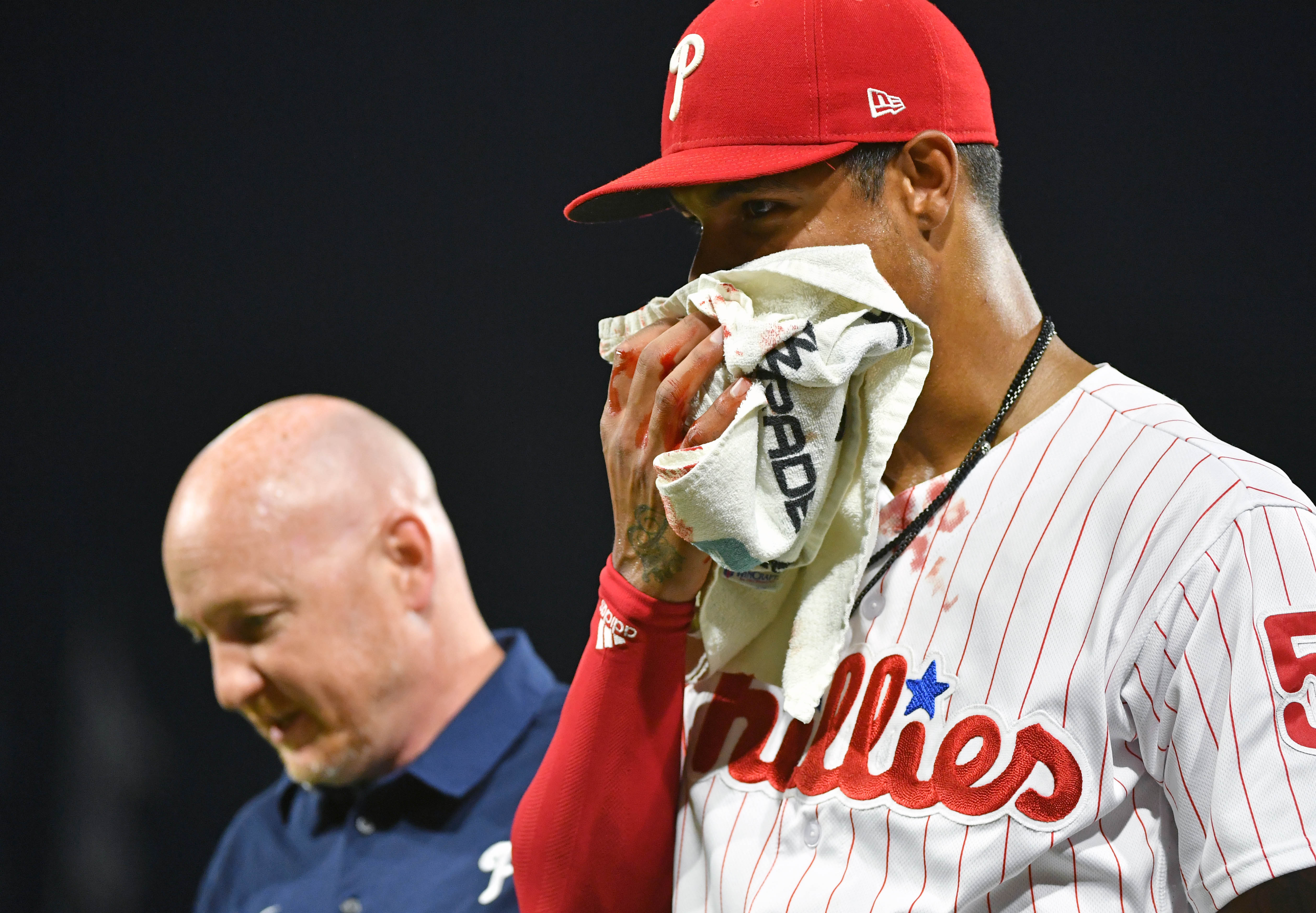 Phillies outfielder Nick Williams was involved in an unexpected accident during Monday’s game, and it looked painful.

Williams was drilled in the face in the eighth inning of the game, when a long fly ball that came off the bat of Matt Carpenter hit off the right-field fence. The ball caromed off the fence and ended up hitting Williams right in the nose.

Phillies manager Gabe Kapler issued an injury update after the game, stating that Williams suffered a bloody nose, but not much more.

“He’s fine,” Kapler said, according to MLB.com. “I saw him after the game. He had a bloody nose. When I went out there to look at him, blood was coming out of his nose and it was the right time to make that switch. I don’t want to put anybody at risk.”