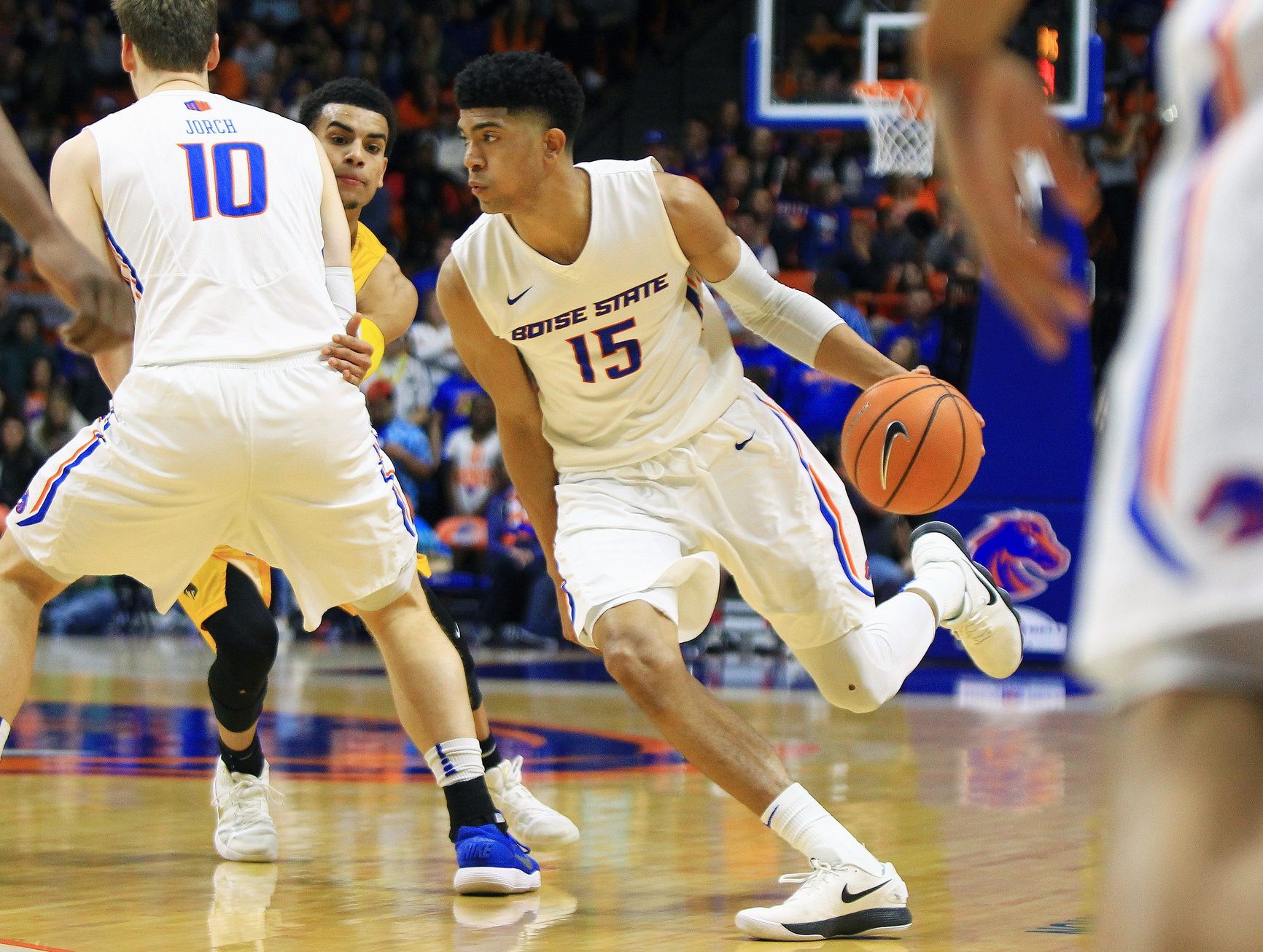 Hutchison is a swiss-army knife, a lanky wing that will likely play off the ball a lot more in the NBA than at Boise State. In his junior and senior seasons Chandler was responsible for carrying the offensive load as a primary scorer and secondary play-maker. His low free-throw percentage is a sign that his three-point shooting improvement will likely regress with the longer NBA three-point line. Don’t expect him to have the ability to create off the dribble for himself with separation on pull ups. Chandler’s ideal plan towards success at the next level will require him utilizing his length and focusing on the little things: rebounding, defense, ball movement, corner 3’s. His 1.0 assist to turnover ratio suggests that a secondary ball-handling role in the NBA may be a stretch right now. I expect Hutchison to have most of his buckets assisted, as he is capable of moving and cutting off the ball. Chandler’s improvement year to year suggests a strong work ethic. If he continues to improve his shooting there is reason to buy into him as a late first round pick in hopes that he becomes an effective role-playing wing.

Hutchison’s length should not be overlooked. Lacking elite athleticism I can envision his long strides and body control resulting in effective close outs and contests defensively. I would recommend Chandler to pop in Jayson Tatum game tape and practice jab steps, body fakes, and first step moves. Hutchinson needs to become comfortable using his long strides to his advantage by bursting to the rim against late closeouts. Last year we saw Kyle Kuzma and Tatum shock everyone with how developed they were as rookies. Hutchison theoretically can replicate some of their best traits, but the shooting will unlock the rest of his game. Expect the opposing defense to ignore him in the game plan and leave him open: he needs to make them pay. I respect his college career arc and expect his work ethic and desire to continue pushing him forward towards a successful career as a 3-and-D wing the league covets.

Hutchison makes a lot of sense for a playoff team selecting in the 20-30 range of this draft’s first round. Teams that could use his potential 3-and-D skill set include the Jazz (21), Trail Blazers (24), 76ers (26), Celtics (27) and the Warriors (28). Notice how many teams that is? The league values high IQ, motor, improving, versatile wings! The Jazz have primary playmakers in Rubio, Mitchell, and Exum and Ingles fills a specific role for them as a passer and shooter, so playing time may be hard to find immediately for Chandler. The second unit could go with some length and he could replace some of Burks and Jerebko’s minutes, even if they stick with O’Neale for his defense. The fit with Portland is obvious. He can replace Evan Turner long term. For the Sixers, Celtics, and Warriors the necessity for more rotational wing defenders continues. The Sixers could offer him playing time right off the bat if Justin Anderson isn’t part of their long term plans. The Celtics are stacked with wings but have some injury questions and luxury tax salary hurdles moving forward. The same applies for the Warriors, who are always one injury away from giving heavy minutes to Patrick McCaw or Nick Young.