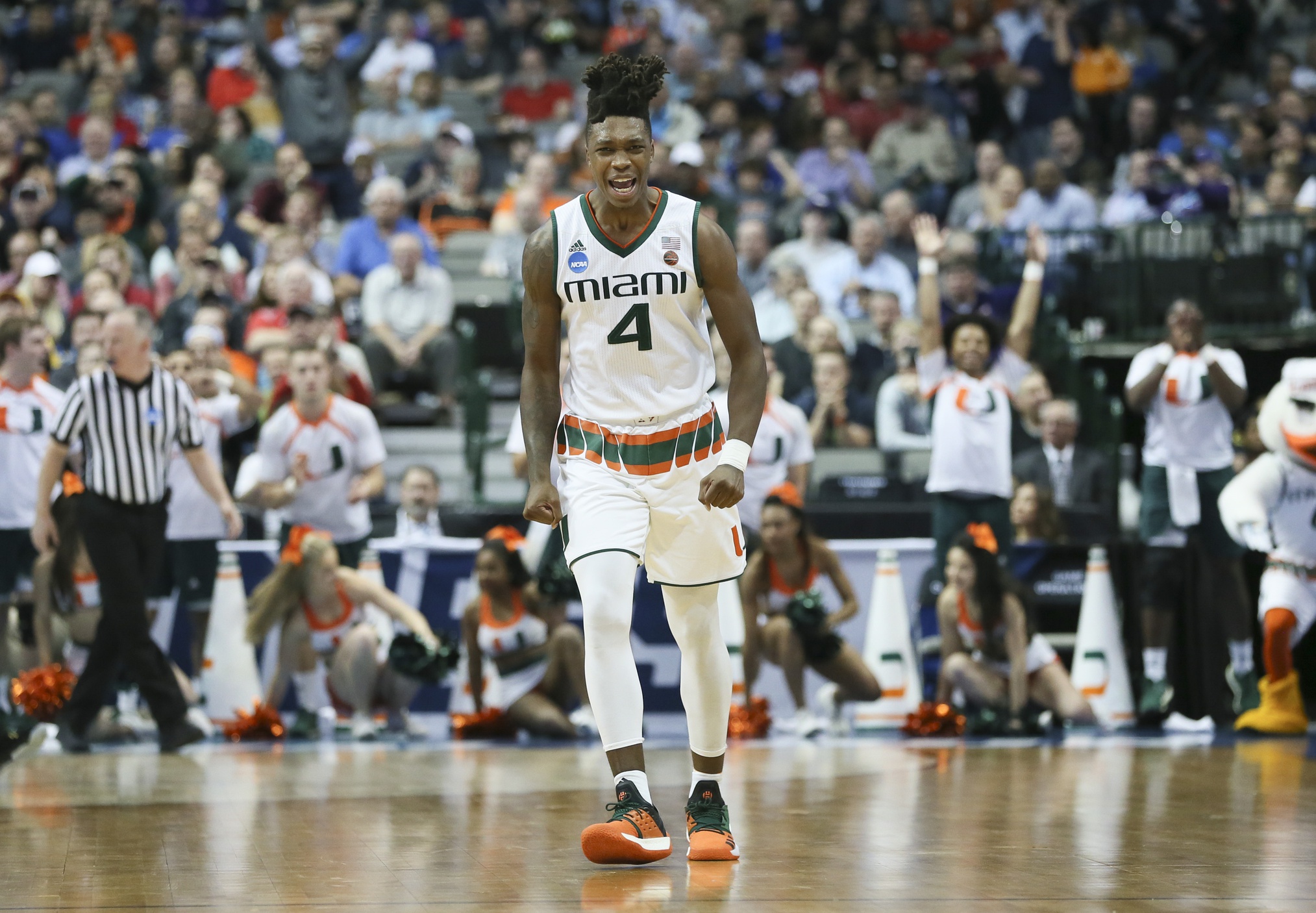 One of the wildcards of the class, Walker is widely viewed as a high-upside wing worthy of consideration in the late-lottery range — despite a mediocre (at best) statistical campaign with the Miami Hurricanes. Even those who are lower on Lonnie likely have him among their top 30 prospects, so while there is plenty of disagreement with regards to his value, few (if any) question the freshman’s potential enough to suggest he should slip into the second round. Walker has good size for a shooting guard, and he projects as a guy who should be able to shoulder a decent load on defense down the road.

In an ESPN pre-draft show interview, Walker mentioned C.J. McCollum and Klay Thompson as the two current NBA players he most closely watches. In comparison to those two, Walker is much more similar to Thompson. Lonnie doesn’t yet boast C.J.’s insane ball-handling abilities, and that might not be in the cards for him. Reading and Lehigh University are about an hour drive apart, so my guess is Walker spent ample time watching McCollum tear it up in college, most notably beating the Duke Blue Devils in the NCAA tourney. The Klay Thompson comp is only valid on the surface, as both have solid size for the shooting guard position.

Walker is wise to aim high in terms of the footsteps he tries to follow, even if it’s extremely unlikely that he ever becomes an elite dribbler or shot creator like C.J. or an All-NBA defender and three-point shooting champ like Klay.

In terms of Walker’s floor, it might be a player similar to Iman Shumpert. Shumpert was a better passer and defender during his days at Georgia Tech. However, like Walker, he hovered right around 40 percent shooting during his three-year collegiate career.

The one area that Walker clearly outshined Shumpert in school: shooting accuracy from beyond the arc (34.6 percent on 5.1 attempts per game). Walker might also have more to show athletically, as he didn’t hit his groove until mid-season after returning from a torn meniscus in the summer of 2017. The very same 3-and-D upside that convinced the New York Knicks to take a chance on Shumpert at 17th overall in 2011 is tangible with Walker, and it’d be a big surprise if he’s still available by the time the Bucks are on the clock.

With Walker’s size and athletic ability come expectations of excellence, and he’ll need to hone in and work to improve his defensive technique and offensive focus. Lonnie doesn’t always sit in a stance, and sometimes when he does it’s not a particularly low one. On the bright side, when Walker is engaged, he makes sound rotations that put himself in position to help a beaten teammate. The front office that drafts Lonnie will likely expect him to prove capable of covering multiple positions while occasionally switching onto bigs. Walker did look more and more explosive as the year went on, and it’s not out of the realm of possibility that he winds up competing in a couple dunk contests during his NBA career. Whether he proves to be the next Iman Shumpert or a more reliable 3-and-D wing, only time will tell. However, with a decent head start in the shooting department, it shouldn’t be that surprising if Walker eventually surpasses Shumpert in almost every facet of the game.

Charlotte, Denver, Washington, Phoenix, Milwaukee and the Clippers could all use a wing in the mold of Lonnie Walker. I feel like he’s a pretty good fit on every one of those teams, and I expect he’ll hear his name called somewhere in that 11-17 range on draft night. Walker also fills a need for his hometown 76ers at 10, but that would require a real leap of faith from Philly. If I had to guess, I’d bet he’s more likely to fall beyond the 11-17 range than sneak into the top 10. The fact of the matter is Walker has enough potential at a position of importance that he’s not a poor fit or investment for any squad in the back half of the first round.