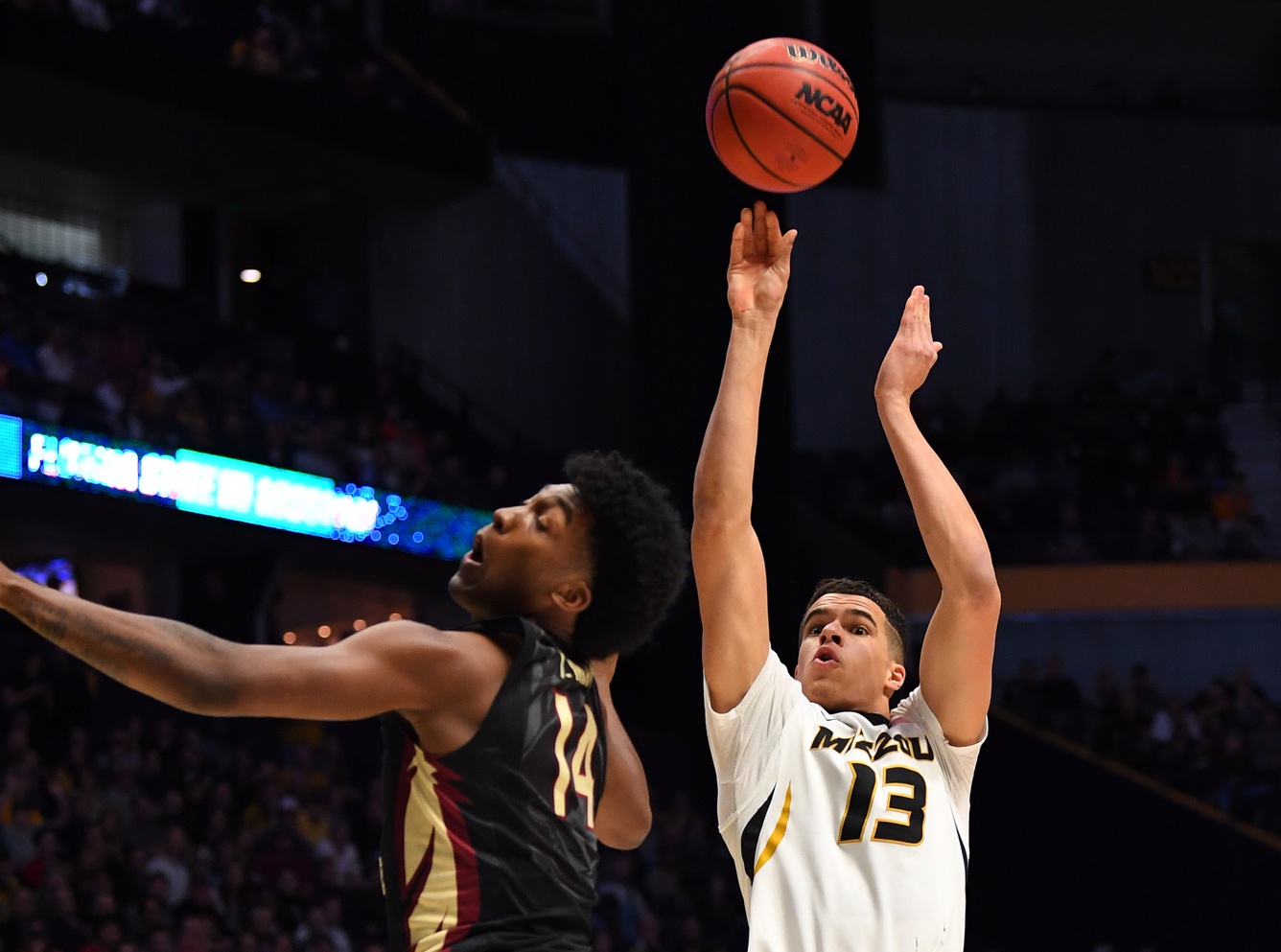 You can’t teach size. That is the biggest advantage Michael has as a fluid 6-10.5 forward with scoring tools and fluid movement in space. The top prospect coming out of high school, Porter’s season was derailed before it even started by back surgery. From personal experience with chronic back problems there is a possibility that he will never feel 100 percent for an extended period of time while playing professional athletics. Due to the serious long term injury concern Porter cannot crack the top five of this draft regardless of how juicy his high school tape is. The comparisons to Carmelo are inevitable. Porter’s shooting mechanics are picture perfect with a high release, solid elevation, and soft touch. His body projects to fill out giving him the ability to become a primary scorer as a combo forward with the coordination, strength, and triple threat shooting. He has also showed natural scoring instincts off the ball cutting to the rim and working the baseline for easy looks. If healthy, Porter projects as an elite scorer. That back issue will be the difference between him having the explosion and first step to get to his spots for easy shots, and being forced into tough contested shots without getting the necessary separation.

Concerns with Porter always come back to questions with his floor game and defensive fundamentals. The handle looks like it can develop with work, but all Kevin Durant at Texas comparisons should cease immediately. Durant was extremely comfortable combining his handle with off-the-dribble pull ups. Porter just doesn’t have that yet. I haven’t seen any court vision or passing desire either. Against high schoolers Porter was able to physically bully opposition into submission, but don’t expect him to sport a significant physical advantage early in his pro career. When his first and second offensive moves are taken away by the defense, what will his next option be? Forcing up difficult shots in the league will get him sent to the bench quickly. Defensively, Michael hasn’t shown much lateral agility, a quick first step, or a desire to physically impact at the point of attack. His lower body isn’t strong enough to bang with NBA post players and I’m curious to see if his solid rebounding translates at the next level. Overall Porter has enough question marks to slide further down in the draft than his skills package would suggest under normal circumstances. Returning to Missouri early didn’t do his stock any favors, as he looked extremely rusty and stiff. Expect Porter to have the highest variance across NBA draft boards and even though I exhibit cautious optimism for his health and development, all it will take is for one team to fall in love with him in the lottery.

Plenty of rumors have been swirling in regards to Porter’s medical clearance over the past week with potential teams targeting him with draft promises. The Kings are widely considered to admire his game and I envision them trading down to the 5-10 range with a team targeting Doncic at 2. Porter makes a lot of sense for the Kings theoretically as they lack a dynamic scoring combo-forward alpha dog. The Hawks and Grizzlies would also be a good fit and could remain at their current draft slots to snag him. The risk-reward proposition just doesn’t make sense for me in the top five of this draft with other options that don’t come with his injury concerns. Ideally if no draft day lottery pick trades are made, I’d be intrigued with the Cavaliers investing their eighth pick into developing him into the next scoring superstar as they begin a rebuild when they likely move on from the LeBron era. The Knicks seem like the safety net for Porter. I can’t imagine him slipping through their fingers at nine, as pairing him with a healthy Porzingis will be too tempting.