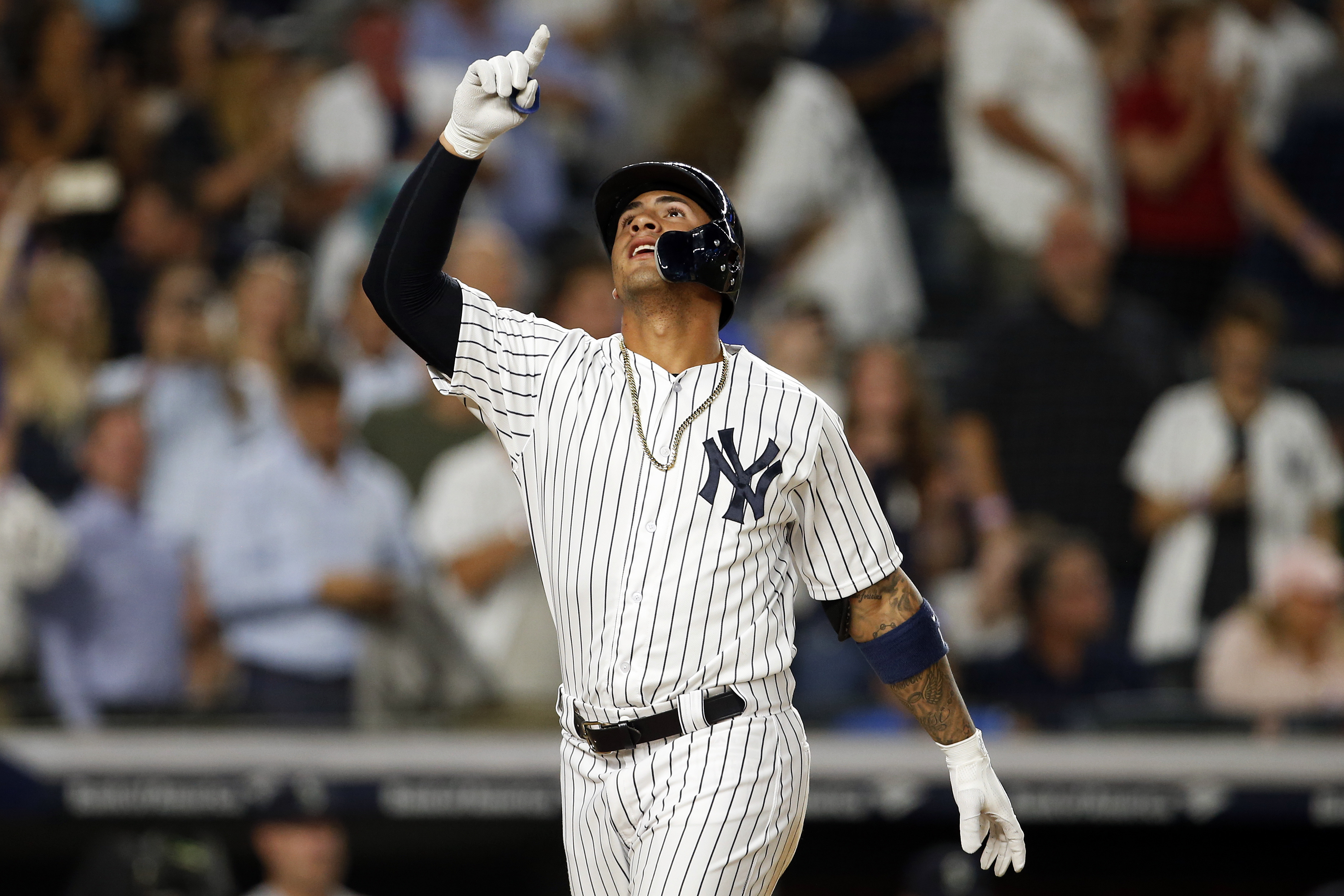 At 48-22 heading into Wednesday’s action, the New York Yankees are easily one of baseball’s best teams. They’re also doing what many expected after acquiring Giancarlo Stanton over the winter. However, there’s no doubt they wouldn’t be where they currently are in the standings without the play of rookie second baseman, Gleyber Torres.

Just about everything he’s done thus far has been impressive, but his 14 home runs is definitely at the top of the list. His latest bomb came on Tuesday against the Seattle Mariners, which just further solidified his place in franchise history.

Gleyber Torres with his 14th career HR in his 50th career game. Aaron Judge also had 14 HR in his first 50 games.

Seeing your name next to legends like Joe DiMaggio and Mickey Mantle is a very, very good thing, you guys. We can’t even say he’s taken advantage of Yankee Stadium too much — he’s hit seven homers at home and seven on the road.

This power surge is even more interesting after taking a look at Torres’ minor-league career. In five seasons (370 games and 1,591 plate appearances) as a professional before getting called up, he hit a grand total of 24 home runs. It’s taken him just 192 plate appearances in the bigs to blast 14 dingers.

Logic says he’s due for regression at some point, but he’s doing everything right at the moment when looking at his batted-ball profile. Torres is combining a 42.3% hard-hit rate with a 42.1% fly-ball rate and 47.2% pull rate. Oh, and he’s throwing in a 27.0% line-drive rate for good measure.

This is clearly a recipe for success, and it’ll be fun to see if he can surpass his career minor-league home run total in less than one full big-league season. If nothing else, he’s setting himself up to have a legitimate shot at doing that in the second half.