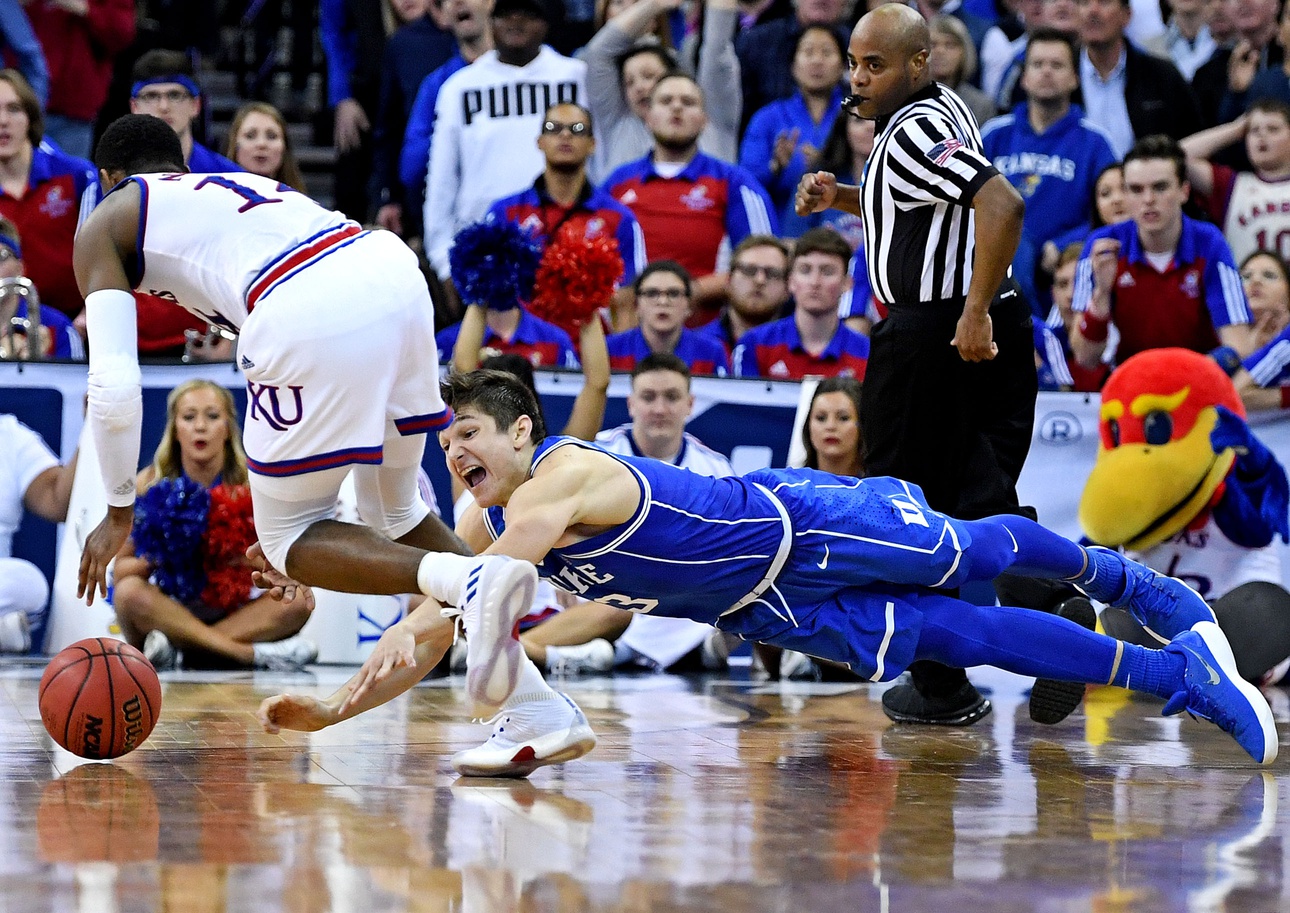 Allen showcased improved playmaking in his senior season at Duke, increasing his assists per game average from 3.5 to 4.6 without committing more turnovers (2.1). Meanwhile, Grayson’s three-point shooting continued to be a positive (2.8 threes per contest on 37 percent). Allen also turned up on the defensive end, posting a career-high 1.7 steals per game. Critics will clamor that Allen should’ve gone to the NBA after his sophomore season, in which he put up gaudy individual statistics. Nevertheless, he was still acting like a kid back then, throwing tantrums and tripping opponents. In my opinion, Grayson made a smart decision to remain in school and graduate. And perhaps he enters the league with a much better perspective at this point.

Regardless, Allen’s most obvious comparison is probably Danny Ainge. Ainge was a good passer (4.0 assists per game for his career), and he was among the league’s best three-point shooters, setting a then-record 148 treys (on 41.5 percent) in 81 games during 1987-88. However, Ainge remains most well known for being a spitfire, a nightly annoyance and a gritty competitor.

Another guy you might recognize from these videos has some small similarities with Allen as well. Ainge occasionally soared above the rim, but the closest Danny ever got to the NBA dunk contest was courtside in a jumpsuit. Grayson Allen probably won’t ever be as jacked as Thunder Dan, but he definitely throws down dunks and drains triples a-la Majerle.

In order for Allen to succeed at the next level, he will need to prove that he grew up during his time at Duke. He won’t last long in the league if he’s purposely tripping fellow professionals. The grown men will put an end to it. With that being said, Grayson’s penchant for pissing off opponents and not backing down from the big moment will suit him well at the next level, where if you give an inch, a mile will be taken.

I can see Allen settling in as a backup combo guard who spends most of his time covering point guards and smaller wings. He doesn’t really have the bulk or the length to bang with bigger forwards and centers, but he’s a guy who doesn’t give up on plays, as evidenced by the featured image above.

At the end of the day, it’s most important that he can get along with his teammates, because no squad is going to be built around Allen. Grayson did well to adapt to the vastly different teammates (with very different skill sets) whom he played alongside in his four full years with the Blue Devils. The ability to fit the necessary mold and groove with whatever four guys are surrounding you is underrated and tough to measure. With Allen’s well-rounded offensive game and defensive grit, it’s not hard to imagine him becoming an impact player for a winning club.

Given Allen’s Ainge-like game, I expect the Boston Celtics to grab Grayson at 27th overall. Whether Allen ends up hearing his name called in round one or slips to the second, he’ll be playing with a chip on his shoulder in summer league. Moreover, his combination of size and skill at the guard position makes him a decent fit on most teams.