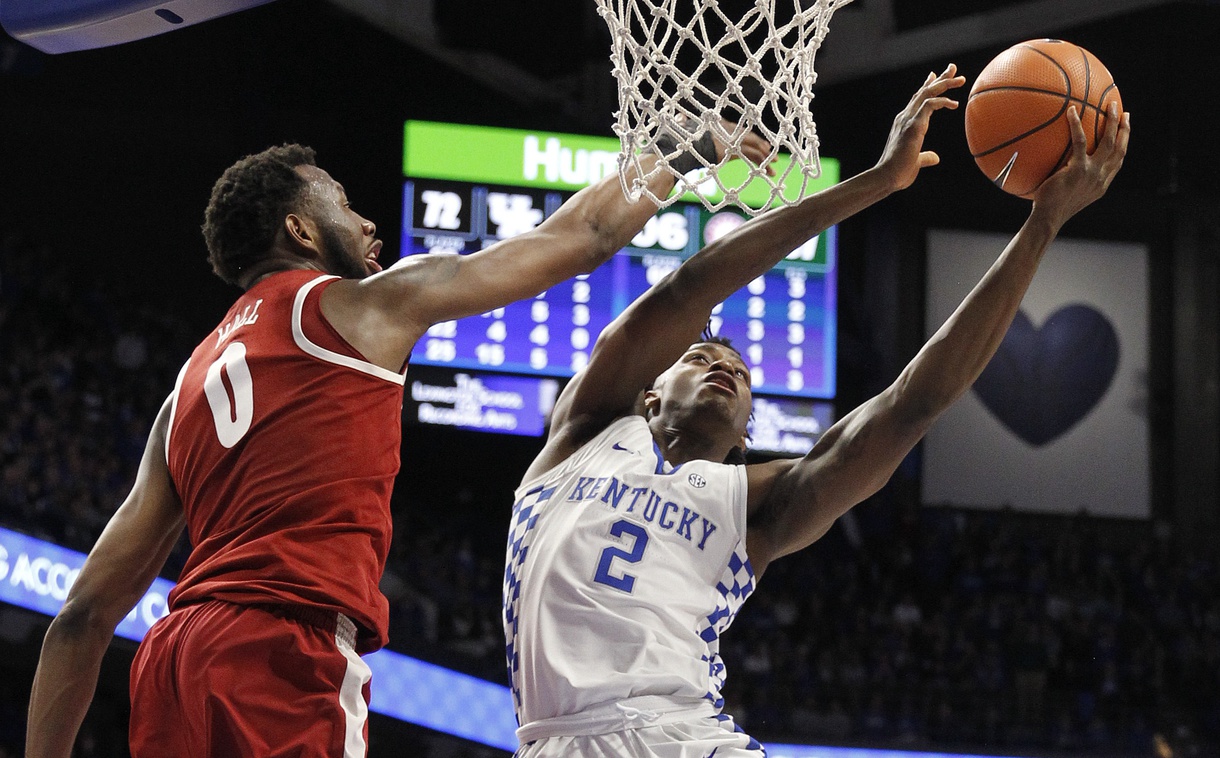 Vanderbilt is one of the more unique prospects to enter the league in recent history. The one guy that keeps coming to mind affecting the game in every key aspect of the game besides scoring is Draymond Green. Vanderbilt isn’t as emotive but at 6-9, 215 lbs, with a 7-1 wingspan he brings the same athleticism and agility to defend players at all five positions. His rebounding rate is higher than any Kentucky player over the past eight seasons, including DeMarcus Cousins. Not only an elite rebounder, Jarred is comfortable running a break and finding players in transition.  Similarly to Green, Vanderbilt’s weakness as a prospect is half-court offense and shooting. With the quickness he shows on defense moving from the paint to the perimeter, improving his shooting would go a long way in spreading the floor and keeping defenses honest. At Kentucky, in 14 injury-plagued games he only took 2.7 free throws a game and shot 63 percent. Vanderbilt prefers deferring to teammates on offense and using his impressive court vision and passing skill. Notably Calipari was playing four big lineups which created a traffic jam in the paint and limited space for Vanderbilt to find a comfort zone.

The biggest concern with Vanderbilt may be his injury history. He began his college career with a broken foot and has a history of foot problems dating back to high school. He also dealt with a serious ankle sprain. Usually NBA teams get cold feet, no pun intended, taking an injury prone, undersized big in the first round. Vanderbilt is the unique case where the risk is well worth it. Having a jump shot would have been helpful as teams investing in him could have some level of confidence playing him immediately all over the court. Right now they will have to settle with him playing center, a position that continues to lose its value league-wide. Regardless of the shooting and injury concerns Vanderbilt has proven to show the determination to battle for an NBA rotation spot with his defensive versatility, rebounding, and high IQ.

Jarred is a strong candidates to surprise NBA teams that pass up on him in the first round. The Warriors should have learned from the 2012 draft when they drafted Festus Ezeli over the undersized Green. The 28th pick seems like the ideal risk/reward slot to take a shot on Vanderbilt’s unique skill set. The Warriors have an abundance of bigs already but their hope is to keep Green long term and a rotation of Bell, Vanderbilt, and one of McGee/Jones around him would make sense with Looney, West, and Pachulia becoming expendable this summer. The Sixers at 26 could use Vanderbilt as a versatile backup to Embiid with his defensive versatility fitting their already large roster better than Richaun Holmes. His flexibility makes him a good option for any team in the late first round that needs big man depth and if a team is lucky enough to steal him in the second round they will be exchanging high fives in the draft war room.