Save the date: Isles open season in Carolina; Play Nashville in home opener 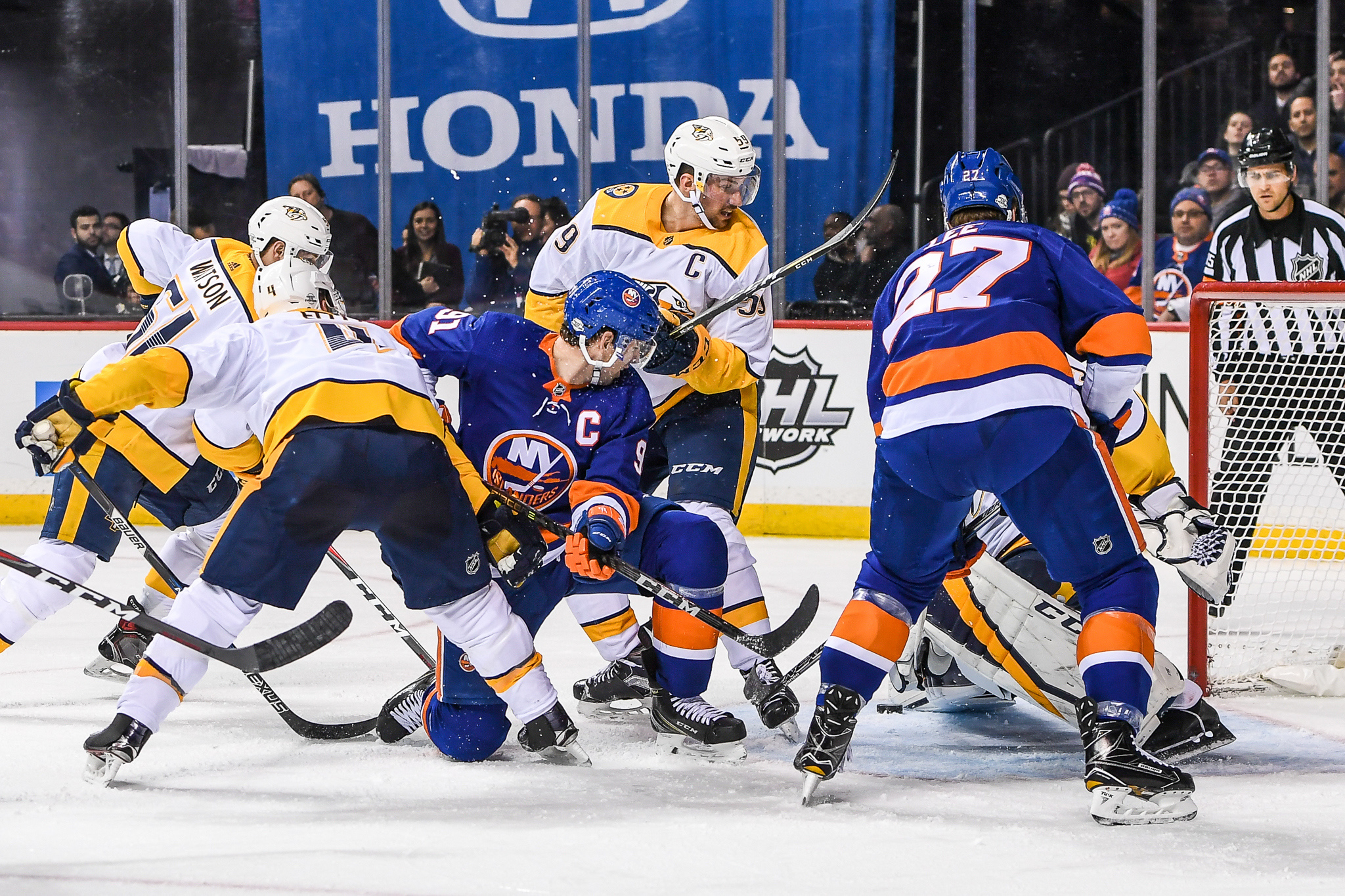 Save the date: Isles open season in Carolina; Play Nashville in home opener

The Islanders will start the 2018-19 season on the road in Carolina on October 4 and open the home portion of their year on October 6 at the Barclays Center. The news came as the NHL announced the home openers for all 31 clubs on Wednesday.

The full schedule will be released on Thursday at 5 p.m. during a special on NHL network.

This will be the fourth time the Islanders have opened their home schedule at the Barclays Center, which will remain the team’s home rink for at least three more seasons before they move to a new arena in Belmont. There will be plenty of intrigue around the Islanders schedule this season as the team begins to split home games between the Barclays Center in Brooklyn and the Nassau Coliseum on Long Island.

The Islanders will play 12 regular season games starting this season at their former home rink and are expected to play at least 60 dates at the Long Island venue before their arena at Belmont Park is complete.