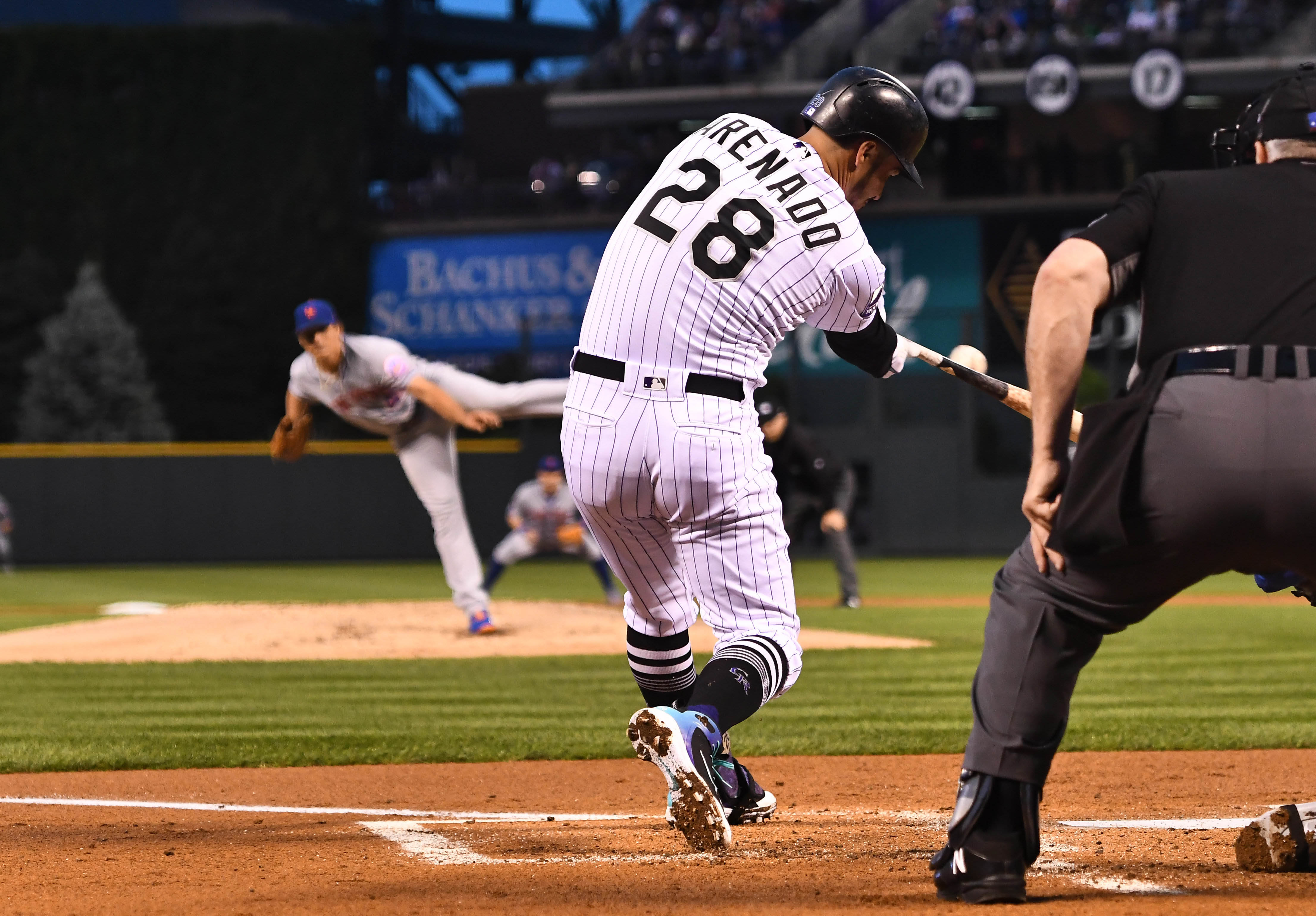 The big worry going into this game was how Dominic Smith would handle his first start in left field for the Mets … in Coors Field! Jay Bruce went on the DL earlier in the day with the classic baseball injury: He’s messed up everywhere. Hence Smith gets a start in left field. And early on in the game it seems as if the Rockies were tailoring their swings to hit the ball to Smith as if this was softball at Hoffman Park and the weak player was in right field so everybody started hitting the ball the other way until the team got wise and switched the right and left fielders.

The Mets didn’t switch Smith with Brandon Nimmo, but they did employ a brilliant strategy that made neutralized Smith’s inexperience, and put him in the best place to succeed …

They gave up home runs.

And Smith played those balls beautifully. He took good tracks to the flight of the ball and he kept his eyes on them all the way into the seats. It was a brilliant strategy employed by Mickey Callaway and Jason Vargas. Give up home runs, and Smith’s UZR-100 goes up. They are the sabermetricians of the year right now.

I thought that Vargas would have a good outing, because predicting Vargas would bomb in Coors Field was too easy, and baseball makes no sense. But sometimes the obvious is obvious for a reason. After the Rockies dinked and dunked him in the first as if he was Tom Glavine against the Marlins, the Rockies went deep three times in a row off him. Nolan Arenado, Trevor Story, and Ian Desmond all went deep as Vargas only lasted two and 1/3 giving up nine hits and seven runs. Even Coors Field was all “daaaaaaaamn!!!”

The bullpen was decent enough to give the Mets a chance to come back at Coors, but that’s all relative. There was a Brewster’s Millions moment in the WOR booth as Howie Rose and Josh Lewin were trying to figure out if a 90 MPH pitch that Chan Ho Beck threw in the sixth was his changeup or his fastball. But Vargas had done the damage, and despite the Rockies bullpen being the Rockies bullpen, the Mets didn’t have quite enough as they lost 10-8, snapping their three game losing streak and going back to stinking again.

Your Mets moment of the night came as Asdrubal Cabrera and Todd Frazier trying to be leaders with each other. Though it was quite hysterical to see Cabrera imploring Frazier to run to first after swinging at strike two while Cabrera was busy getting himself picked off wandering off second base. And then seeing Frazier barking at Cabrera wondering what the hell he was doing. It was actually funny to see Cabrera and Frazier try to reenact Game 1 of the NBA Finals. But if I wanted to see J.R. Smith Dinner Theater, I’d watch Gary Apple present his pants at 1:30 in the morning:

This whole season has gone off the rails.