The Price of Making the Playoffs 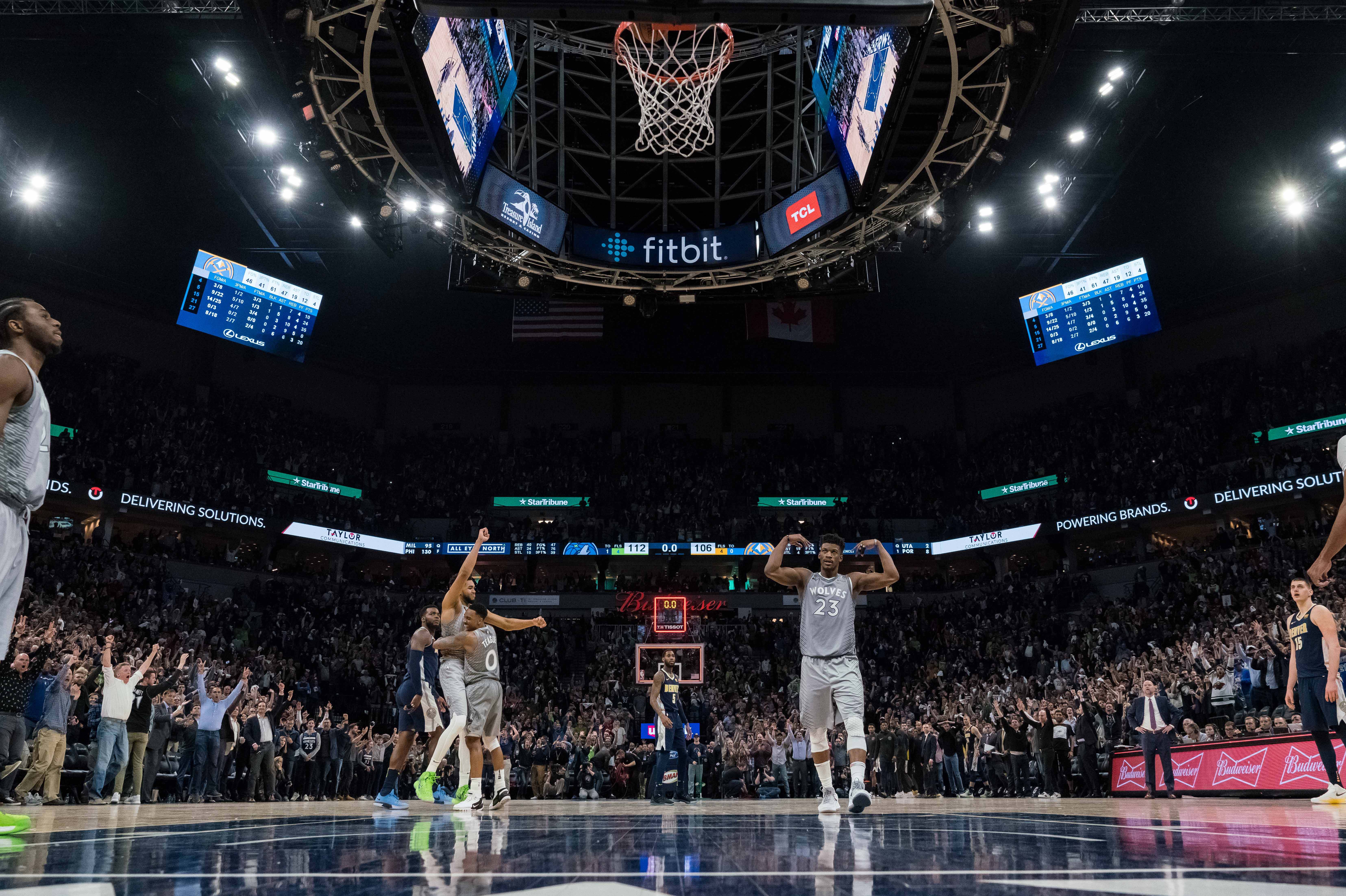 The Price of Making the Playoffs

ST. PAUL— Flashback to April 11th at Target Center in a winner-take-all matchup between the Denver Nuggets and Minnesota Timberwolves to determine who was the 8th seed in the Westen Conference and earned the unpleasant task of taking on the number one overall seed and best team in the NBA– the Houston Rockets–in the first round of the playoffs.

It was a night of high emotion, cheering, fist-pounding and the occasional expletive shouted through the TV screen directed at any number of unwarranted victims. The Wolves ended up winning the game in a thrilling overtime victory with a final score of 112-106 earning them a playoff birth for the first time in 14 years.

The night was unforgettable to many Wolves fans who’ve had to endure the countless losing seasons, missed draft picks, and overall mismanagement that has riddled this franchise in recent years. It was a breath of fresh air that this fanbase desperately needed to assure them that the Wolves might finally be coming out of hibernation and ready to compete for a championship in the coming years. That breath of fresh air, however, was quickly followed up by a gust of scalding hot Rocket fuel that awaited them in the first round of the playoffs.

The series was over before it had even started. The Timberwolves players put on a brave face saying they could hang–but it was like a high schooler going to a college party– they would be on their asses in no time. They just had no answer for Houston’s relentless barrage of three-pointers that has been the Timberwolves achilles heel all season. The Rockets made quick work of Minnesota (4-1) usually winning in blowout fashion.

As the 2017-18 season came to a somewhat inevitable conclusion with the Golden State Warriors hoisting the Larry O’Brien Trophy, the offseason brings a renewed hope to each fanbase that their team will be able to challenge them next season if they just add that one free agent or hit on that one prospect in the draft.

The Wolves don’t have much cap space available to sign high-level free agents this summer, but they do have the 20th pick in the upcoming 2018 NBA draft.

What could go wrong?

For a franchise known for screwing up on draft night (*cough*   Johnny Flynn, Wesley Johnson), it sure would have been nice to have two first rounders to better their odds of hitting on at least one 3&D wing. Which is why that exhilarating victory over Denver has me feeling some mixed emotions. If Denver would have won, the Wolves would have had the 14th overall pick on top of the OKC 20th overall pick that they already have this year.

The Hawks are sending rookie Adreian Payne to the Timberwolves for a 2017 lottery-protected first round pick.

Luckily, this draft class is one of the deepest I’ve seen in years, which is fortunate for the Timberwolves who find themselves outside of the lottery for the first time since 2012 when they drafted my guy–Robbie Hummel–out of Purdue with the 58th overall pick. And I must say it was a little strange watching the NBA Draft Lottery this past May and not caring which way the ping pong balls fell.

But the idea of having two top 20 picks in this year’s draft could have changed everything for the Timberwolves. There are some tantalizing prospects in the late teens-early twenty’s range. Or they could have packaged them and traded up, or traded them away in some blockbuster deal (I hear Kawhi loves the cold). Bottom line: there would have been a lot of flexibility with having the 14th pick.

That being said, I’m glad the Wolves won that game and got spanked by the Rockets in the first round. There is more to the game–or any sport for that matter–than what the ‘smart’ play is. The Wolves need to build a winning culture, and to me, that thrilling overtime victory when I was screaming at my TV like an uncontrollable lunatic was a step in the right direction. Sure, everyone and their mother knew Houston was going to beat either the Wolves or Nuggets, and sure, it wasn’t probably the ‘smart’ or ‘analytical’ move to win, but to start a championship culture–it begins with loosing in the playoffs.

Unless you’re a LeBron-led superteam that gets put together overnight, reaching that ultimate goal of putting a championship ring on your finger requires the heartbreak of losing in the playoffs. Just take the Warriors for example, who’s team was also built through the draft:

Before they won their first championship in 2015, they lost in the conference semifinals in 2013 and were bounced in the first round in 2014. That playoff experience (no matter how little) was vital for that team and that franchise to put themselves where they are right now– at the pinnacle of their sport. You don’t go from being a lottery team to a contender overnight (excluding the 2019 Lakers of course).

Losing is just about always wrong and it certainly never feels good–as Minnesota sports fans know all too well–but it’s a part of what makes winning feel that much sweeter. The Wolves finally made the playoffs. It wasn’t an impressive showing, but it was a step in the right direction of building a championship team and a winning culture in Minnesota. While the Golden States’ and Houston Rockets’ of the world are still in power, a young draft pick probably isn’t going to put them over the edge… but a culture change just might.