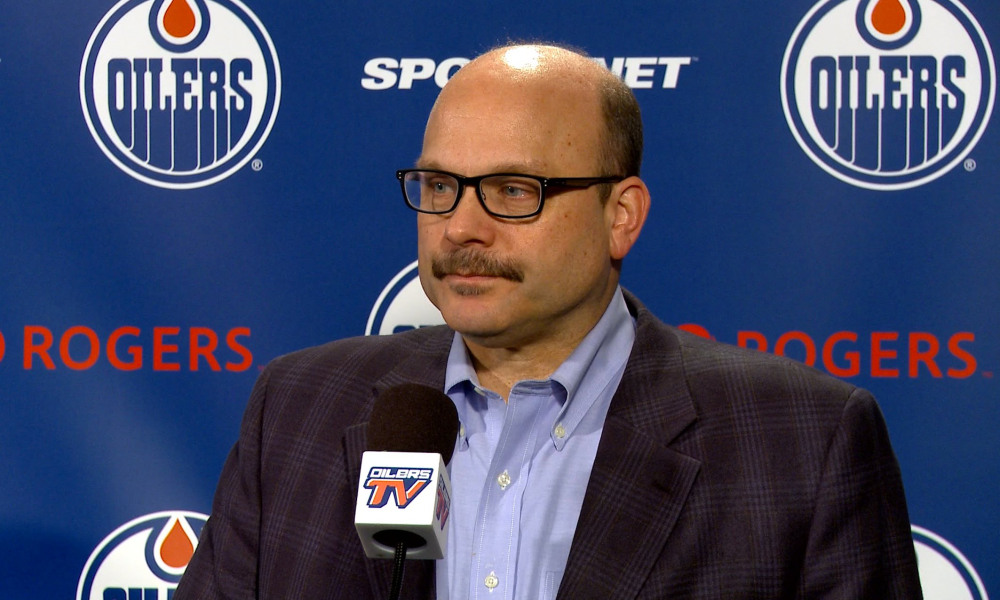 The moves will start happening fast and furious in the coming hours. The NHL’s annual entry draft is set for tomorrow night in Dallas and that means the trades will start to flow. Numerous teams, including the Edmonton Oilers, are under pressure to improve their roster over the next few weeks.

These next three days will start the off-season, as teams complete trades and make their draft picks. On Sunday, the legal tampering period for free agents begins, while teams must make decisions on buyouts and which RFA’s to extend a qualifying offer to. Things are heating up.

I can’t promise that you’ll like what happens, but I’m pretty sure we’ll see the Oilers involved in some of the action that happens over the course of the next two weeks.

Is there a path for the Oilers to be a playoff team again in the spring of 2019? There absolutely is, but it’s going to require some solid moves by Peter Chiarelli and his management team.

As we approach the final moments of the calm before the storm, I’d like to take this time to once again revisit the off-season shopping list for Chiarelli. The original post can be found here.

1.) A top-six scoring winger: The club re-signed Ty Rattie in April, but that’s not close to enough for this spot. Edmonton could be interested in free agents like Ilya Kovalchuk, Thomas Vanek, James Neal and James Van Riemsdyk, but odds are they’d have to make some room on the cap.

I think this is something Chiarelli will try to address in the coming weeks, and I suspect it comes from free agency, not a trade. I think it’s imperative to fill this hole if the club wants to have success next season.

2.) Address second-pairing RHD: Nothing here yet, but it sounds like this will be Chiarelli’s main goal this summer. Guys like Tyson Barrie, Justin Faulk and Torey Krug stand out as potential defensive additions. Krug, a left shot, isn’t as appealing to me because Edmonton badly needs help on the right side of their defense. I’d be stunned if Chiarelli doesn’t do something to address this hole on the roster.

3.) Bottom-six penalty killer: Jason Chimera’s name has been thrown around in rumors recently, and that makes sense. Chiarelli has also hinted at addressing his bottom-six forward group, and we know the club believes the loss of Matt Hendricks played a role in last season’s struggles.

I’m not sure we see it get addressed right away, but I could see the Oilers adding two-to-three bodies for these spots during the course of the summer.

4.) Figure out the coaching staff: The entire assistant coaching staff from last season is gone. Jim Johnson was fired, Ian Herbers’ contract not renewed, and Jay Woodcroft sent to AHL Bakersfield to be the head coach there. Replacing them? Trent Yawney, Glen Gulutzan and Manny Viveiros. There was meaningful change here and I believe the staff is better now than it was last year.

5.) Add a backup goalie who can play 20-25 games: Mikko Koskinen was signed in early May. He’ll be the backup on opening day in Sweden on October 6th.