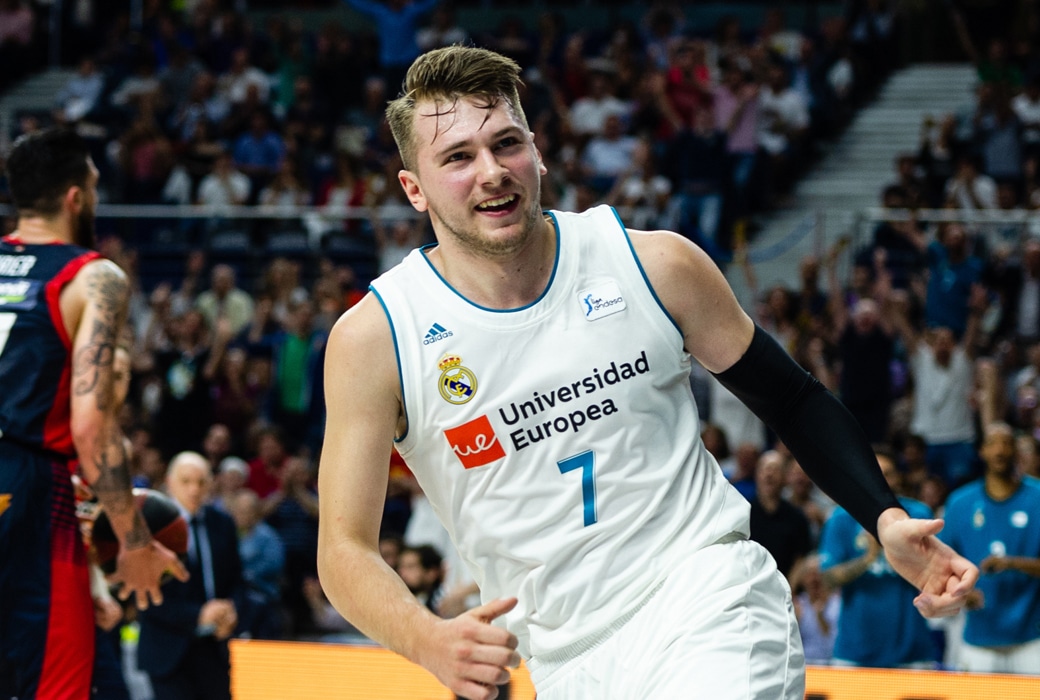 Slovenian sensation Luka Doncic didn’t have to wait long to find out where his new home would be, as the Atlanta Hawks selected the international star with the 3rd overall pick in the 2018 NBA Draft.

Then he was shipped to Dallas for the 5th overall pick and future draft considerations.

Doncic should fit right in with the Mavericks as a versatile point forward that will look to spread the floor and run the offense from day one. Dallas has been in dire need of guard depth with no true floor general outside of Dennis Smith Jr, the teams 1st round draft pick last year. Luka will be expected to step in right away and play some major minutes for a Mavs team that is currently in the middle of a rebuild.

Widely viewed as one of the greatest international prospects in the 21st century and perhaps of all time, Luka Doncic took the world by storm in 2017 as a member of the Slovenan National Team. The team won it’s first Eurobasket title as Doncic played a prominent role. In 2018 He led Real Madrid to the EuroLeague title while becoming the youngest player to ever win MVP of the Euroleague as well as the EuroLeague Final Four MVP.

Doncic is an all-around player that can do a bit of everything on the court. With a 6’8” frame and decent athletic ability, Doncic is built to play nearly every position on the floor. His basketball IQ is off the charts from his many years playing the game at a high level. He has been playing high level organized basketball since he was 8 years old.

His pull up game and shot off the dribble is deadly, and his range is limitless. A very talented ball handler with a great step back and crossover. He sees the floor well and almost always makes the right play whether it’s for himself or his teammates. Never afraid of the biggest moments, Doncic is as clutch as they come for his age and doesn’t shy away from taking the crucial shots.

Luka Doncic is a very intriguing prospect that could easily develop into a star in the NBA if the Mavs utilize his established skills correctly. As an international prospect Doncic will need a lot of support and a good coaching staff willing to put him in the best possible position to succeed.

With established head coach Rick Carlisle at the helm and Dirk Nowitzki in tow Doncic has landed in the perfect location to maximize his development. Nowitzki was the last major international draft prospect the Mavericks drafted, which turned out well for the franchise to say the least.

The 19 year veteran and future hall of famer will help guide Doncic through his rookie season while providing support from someone who has been in the same shoes. Dallas made a fantastic move moving up to snag such a phenomenal prospect in the draft.