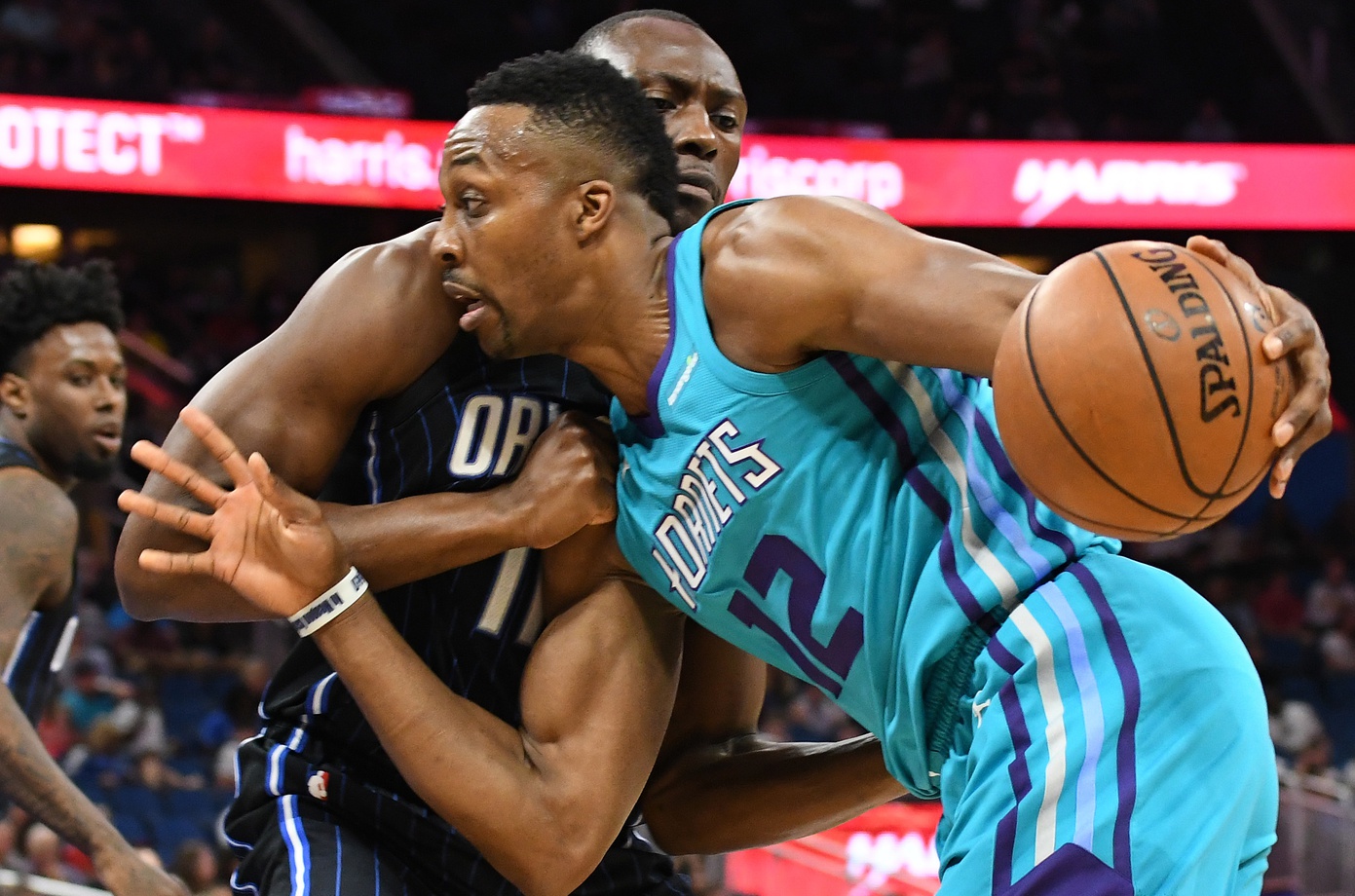 Howard is a fascinating free agent. Does he ring chase? Nets are paying him $20-plus million anyway. And tuck this away: Danny Ainge has liked—and expressed interest in—Howard in the past.

“I want to be in a situation where I have an opportunity to help a team win,” Howard said during a phone interview. “That’s my only goal. All I need is a real chance and a clean slate where it’s not people talking about my past.”

This past year, Howard finished sixth in the league in screen assists (4.2), a screen that directly leads to a made field goal by the teammate using the pick. He was one of only three players to average at least 16 points and 12 rebounds per game. He delivered 20.6 points and 12.1 boards per contest in the month of March.

Howard’s talent has never been questioned. However, along his NBA journey, he’s dealt with the perception that he’s a locker room issue. And although there were no major rifts reported in-season the last two years, rumors of the Hornets players disliking him surfaced as soon as word leaked that he was joining his fourth different team in as many years.

Look, I’ve never liked Dwight Howard but signing with Boston (for a veteran minimum deal) makes too much damn sense. Especially if Aron Baynes is going to chase more than the $4.3 million he earned last season.

I’m fully confident the Celtics franchise – from ownership to management to the coaching staff to Al Horford – can handle any bull-sh*t Howard might pull this year.

If not, we’ll just bring back KG as a special assistant.

KG and Dwight have a long history. From KG yelling at Dwight, "Paint your face clown" to this: https://t.co/Xt1Gp1RgjX