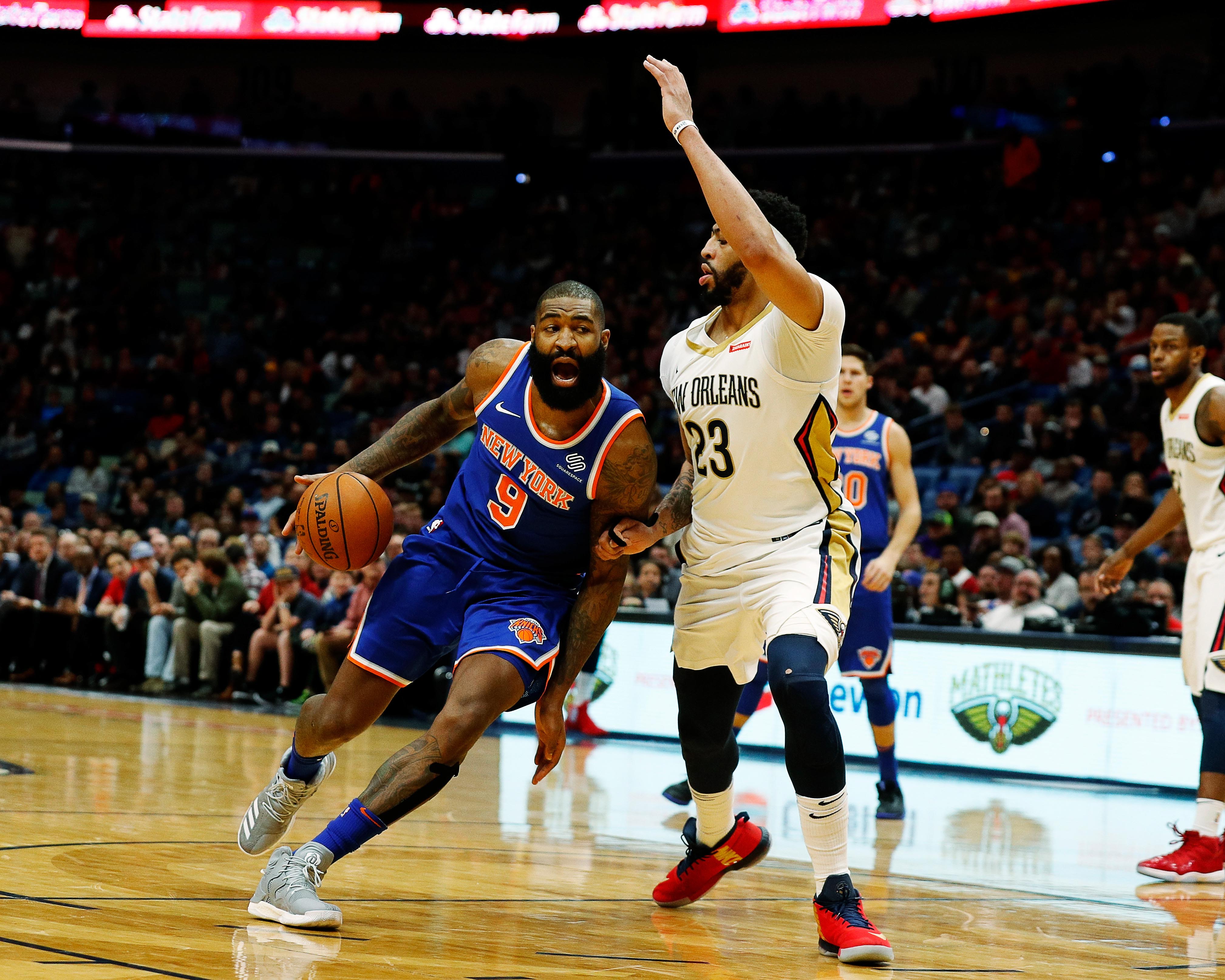 According to Adrian Wojnarowski, Kyle O’Quinn has declined his player option at $4.2 million for next season, making him a free agent.

At 28 years old, the Knicks have repeatedly conveyed that the big man could play a role in this team’s future core. He was one of Phil Jackson’s few impressive moves as team president. Truly one of the most underrated passing centers in the game, O’Quinn has excellent eyes for teammates cutting to the basket and plays his part in the pick and roll quite well. As the Knicks look to embrace and embody the tough as nails defensive teams of yesteryear, O’Quinn often served as a throwback big man. He’s physical, hustles his butt off, and fights for rebounds on each and every possession. This past season, he averaged 7.1 points, 6.1 rebounds, 2.1 assists and 1.3 blocks, all in just 18 minutes per contest. Talk about efficiency.

Depending on what happens with Enes Kanter and his own respective player option in the week or so to come, the Knicks might not only have the flexibility to retain O’Quinn, but also the need as well. Nevertheless, he’s not going to return at the bargain price Jackson reeled him in at originally.

If O’Quinn’s services prove to be too pricey or New York wants to go even younger, Thursday’s NBA Draft could afford them the opportunity to fill such a hole. The Knicks have been tied to potential talks about trading up in the draft. However, if they remain at ninth overall, Wendell Carter Jr. could definitely eliminate this newfound void.

At 19 years, the 6’10”, 260 pounder is well regarded as one of the better offensive rebounding big men in the NCAA. Losing O’Quinn would be one thing, but this prospect would become an especially ideal player for the Knicks to plug into the lineup if they lose Enes Kanter as well. What’s more, Carter Jr. has eyes for the long ball, having shot 41% from downtown as a Duke freshman. Averaging 13.5 points, 9.1 rebounds, 2.1 blocks and 2 assists, he has the potential to not only replace O’Quinn, but serve as a building block that the Knicks can transform into something that much better as the years go on.

As the roster stands now, a defensive-minded wing would appear to be New York’s greatest need. Depending on the team’s ultimate plans with O’Quinn and Kanter, however, Carter could be a sensible selection as well.