Magician botches card trick on award reveal, but Anze Kopitar bails him out 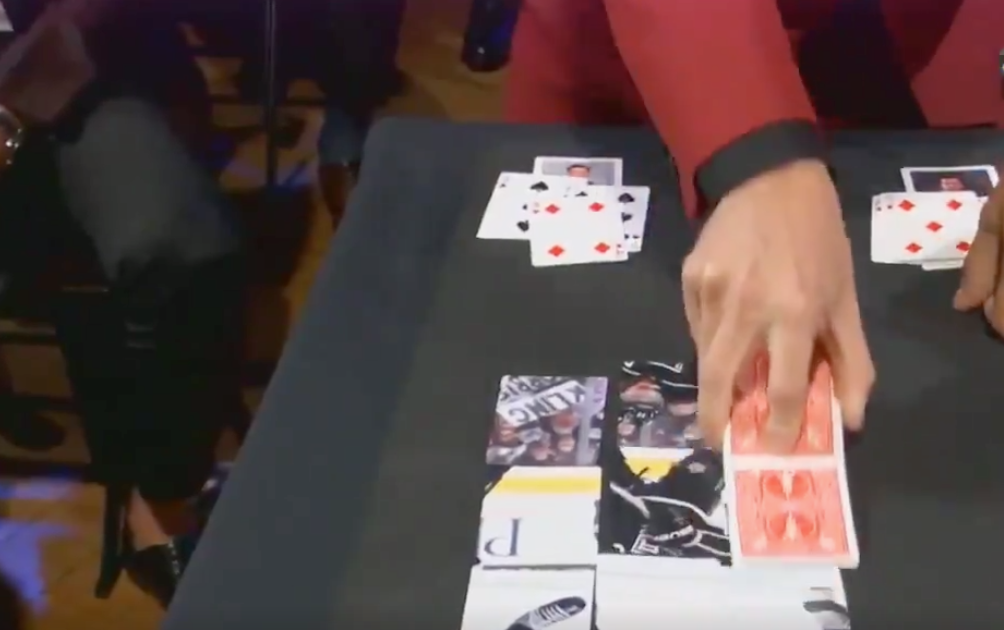 Magician botches card trick on award reveal, but Anze Kopitar bails him out

A magician at the NHL Awards Show had one job on Wednesday night, but he failed miserably at it.

The magician was supposed to have his 30 seconds of fame, as he was set to reveal Anze Kopitar as the winner of the Selke Trophy during the show, but he botched the trick — badly.

Kopitar, however, bailed him out by just getting up and putting an end to the awkward sequence of events.

Oh my god the magician screwed up and then got snubbed by Kopitar 😂😂😂 pic.twitter.com/gt8BGhFPus