Could the Pirates make a play for Jacob deGrom or Noah Syndergaard? 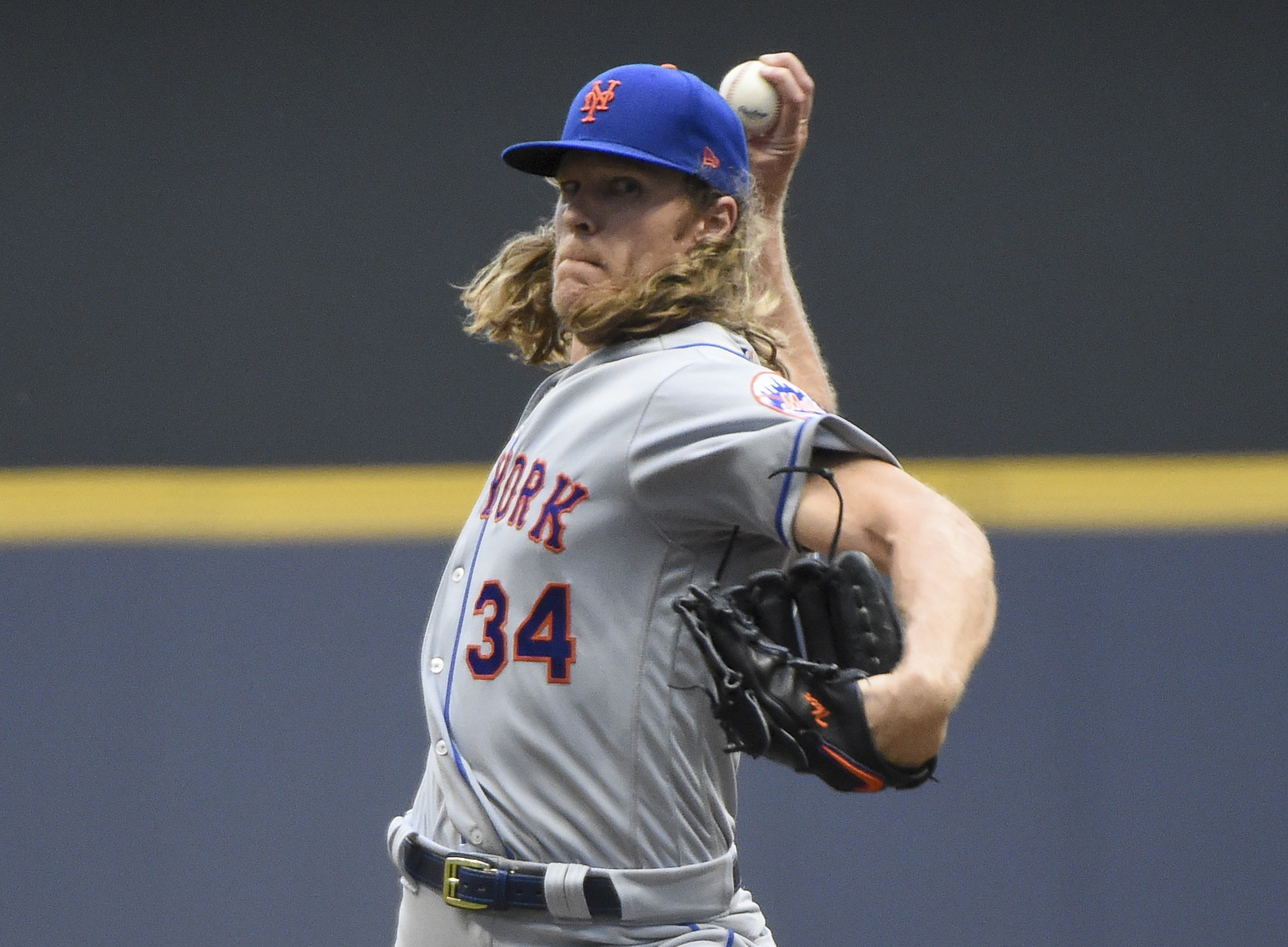 Could the Pirates make a play for Jacob deGrom or Noah Syndergaard?

After reports from Jon Paul Morosi last week that suggested the Pittsburgh Pirates could be sellers at the trade deadline, Pirates general manager Neal Huntington quickly chimed in that he was looking to add to the current club, rather than sell.

On the other side of the coin, the New York Mets have made it clear that they are shopping top of the rotation pitchers Jacob deGrom and Noah Syndergaard.

That fills a big need for the Pirates and the Bucs and Mets have been is discussions before.

The question then becomes could the Pirates get involved in the deGrom or Syndergaard sweepstakes.

Realize I said COULD and not WOULD.

Why either pitcher makes sense

Obviously the Bucs are in need of a top of the rotation starter and either guy would fill the need.

According to The Athletic’s Ken Rosenthal, the Mets would need a huge return package if they want to deal either of their star pitchers:

“A team interested in deGrom would need to part with a “boatload” of talent, one source said. The Mets would be more open on right-hander Noah Syndergaard, who has not pitched since May 25 due to a strained ligament in his right finger. Syndergaard is under control through 2021, one year longer than deGrom. But as with deGrom, the Mets would not move Syndergaard unless they received an offer they deemed appropriate (which of course, describes every team’s approach to every trade).”

The key part of that quote is the word control and Huntington loves guys with controllable years.

Three years of Syndergaard would obviously mean more to the Pirates than two years of deGrom, but let’s play hypothetical hear and say the Pirates had interest in either guy.

What would it take?

Pretty much every trade package the Pirates could throw at the Mets would have to start with right-hander Mitch Keller.

Keller, the Pirates top prospect and who started the season as MLB.com 12th overall ranked prospect would certainly have to be the headliner.

A guy like Tyler Glasnow, who has been great as of late may also have to be part of a deal.

The Pirates also have a wealth of middle infield prospects in Cole Tucker, Kevin Newman and Kevin Kramer.

One of those also would likely have to be included.

Add to that a lower level prospect and the Bucs could certainly put together a package of Keller, Glasnow, Tucker and a throw in prospect that would make the Mets consider the possibility.

There’s plenty of other prospects that would intrigue the Mets as well.

This is basically to illustrate the fact that if the Pirates wanted to, they could be in on the sweepstakes for either guy.

If I were Mets general manager Sandy Alderson, I would jump at that offer.

Why the Pirates won’t get involved

There are two main reasons why Huntington won’t seriously inquire about either pitcher.

The first cost is the fact that Huntington would have to give up a boatload of prospects and that’s something he’s never been willing to do.

The second is the financial cost.

deGrom is making $7.4 million this season and while he won’t be eligible for free agency until 2021, he’s going to get hefty raise through arbitration the next two years and that’s nothing the Pirates want any part of.

Syndergaard is making $2.975 million this year and also will get huge bumps in salary over the next few years prior to hitting free agency in 2022.

Both pitchers have dealt with injuries the past couple of years, but when healthy, either are better than all five guys the Pirates run out there.

The Pirates dealt one pitcher in the offseason that was still under team control and I think they did decent in the Gerrit Cole trade, but they aren’t going to take on an arm that they may have to pay in excess of $12 million a year for the next few years, even if it is a guy the caliber of a deGrom or Syndergaard.

At the end of the day, the Pirates certainly have enough to get involved in the deGrom or Syndergaard sweepstakes.

However even though they certainly can, it is almost a certainty that they won’t.