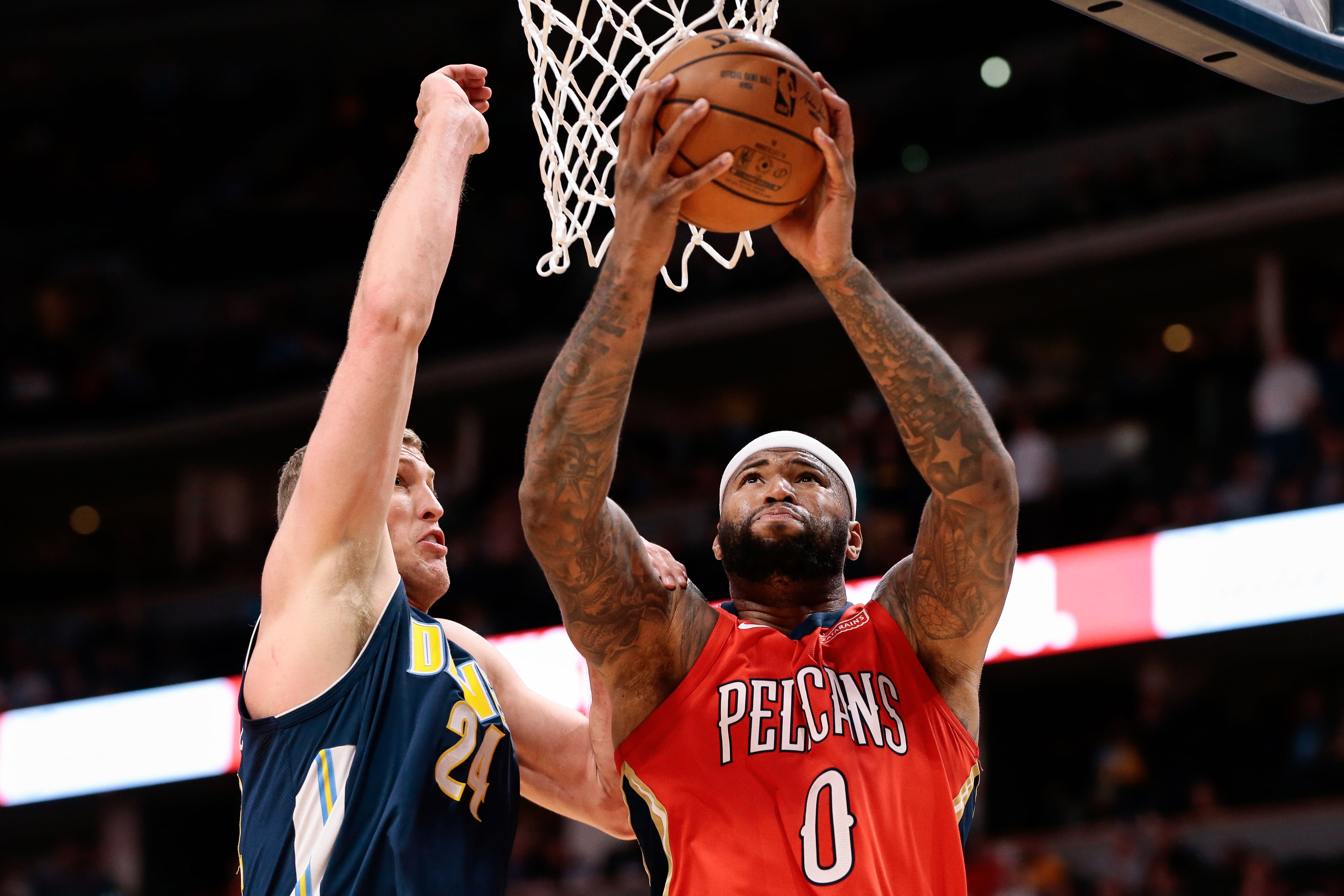 In a free agency that will be subject to a lot of fireworks, one name that has been cool on the hot stove is DeMarcus Cousins. After suffering a season ending Achilles injury, there are doubts to his future success coming off the injury. If anyone can rebound from a tough fall, it’s DeMarcus Cousins — and he will still attract major interest as teams struggle to find a dominant center. These three teams should pursue Cousins as much as possible.

If there is any city starving for a title contender, it is the folks in the Big Apple. The New York Knicks, despite a lot of turmoil in the front office — have a lot to look forward to in the future. Pairing Kristaps Porzingis next to DeMarcus Cousins would be a front court to be reckoned with. The pairing of shooting, post dominance, length on the defensive end, and rebounding would be tough for Eastern Conference teams like Boston and Cleveland to stop.

The Knicks could also look to add more guard’s to fill out with the roster. The Knicks have reportedly had the ‘Hots’ for Trae Young, and could look to add Kyrie Irving in the 2019 free agency.

The problem for New York is the combination of injury issues and cap space. They currently owe Joakim Noah’s bad contract still, and have a hefty deal for Tim Hardaway Jr. to still be paid. As far as the injury issues, there is still concern for DeMarcus Cousins’ achilles heel, and Kristaps Porzingis is also coming off a season ending injury as well. The idea of a Porzingis-Boogie Cousins front court sounds appealing, but may never materialize.

For a franchise that has remained in flux negatively since the infamous 2013 trade with the Celtics, are looking up. The Nets last summer acquired their point guard for the future in D’Angelo Russell and retain a mass of cap space. After acquiring Dwight Howard and clearing Mozgov, the Nets have enough space for two max contracts, leaving them as major players for big name free agents.

After deciding it was best to buyout Dwight Howard, one of those max contract slots should be used to pursue DeMarcus Cousins. After clearing Howard, the Nets will now have next to nothing in their front court scoring. As of now the Nets will have Jarrett Allen, and Jahlil Okafor leading the charge in the front court. If the Nets want to be able to defend any big man, using their financial assets on Cousins, who is one of the best pure center’s in the game, would be wise.

The number one team that should pursue the services of Cousins is Dallas. The Mavericks came in at 27th in the NBA last season in team rebounding per game. Not to mention, the Mavs have been on the prowl for a dominant big man for quite a while. Most notably failing to get DeAndre Jordan in 2015 after it was reported to be a done deal.

The Mavericks have a very talented team of wing players, like Harrison Barnes and Dennis Smith Jr. As good as Smith was in his rookie season, he had struggles with his field goal percentage and turnovers. A big man like Cousins who he could work with on the pick and roll could speed his development as a point guard.

For Dallas, it all depends on what they want to do with their draft pick. The Mavericks have looked into a deal with Memphis revolving around the 4th overall pick. Dallas could either look to Mo Bamba to solidify the front court, or draft Luka Doncic and pursue a big man in free agency, like Cousins.