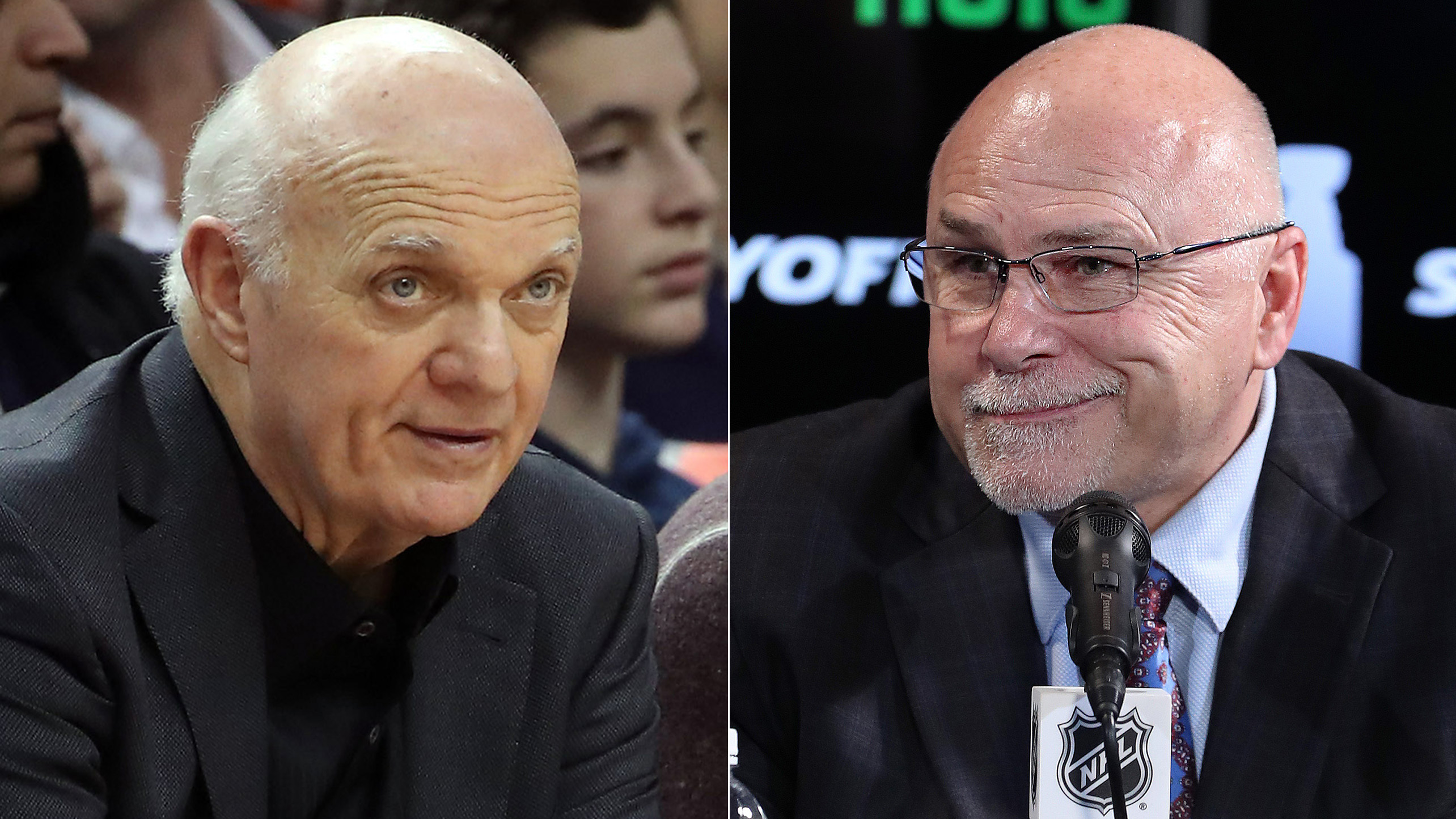 Even just a few weeks ago it was hard to imagine a Stanley Cup-winning coach would leave a championship team and then take over the bench of the Islanders. Yet, here we are.

A mere three days after Barry Trotz resigned as head coach of the Washington Capitals he’s now the bench boss of the Islanders.

In case you needed any other sign that this isn’t just the same old Islanders, Thursday’s news should hammer that point home like a sledgehammer to the old Nassau Coliseum walls. In just a month on the job, Lou Lamoriello has taken the Islanders from a team that was always a step or two away from being something to actually being something.

Now in a matter of weeks, the Islanders have brought in a hall of fame hockey executive in Lamoriello and given him the keys to the kingdom. Since then he ousted incumbent general manager Garth Snow, who always had the intention of getting the Islanders back to glory but never found a way to do it, relieved Doug Weight of his coaching duties and immediately brought a sense of credibility back to an Islanders franchise that was lacking it over the years.

“Well if you know anything about Lou Lamoriello, his background and what he does you know how he’s going to do what it takes to win,” Barry Trotz said during a conference call. “That got me excited right away. The leadership up top and honestly a good roster with a good foundation”

Now Lamoriello can add bringing in a head coach fresh of a Stanley Cup championship to that list.

Yeah, the Islanders of old would not have done that. The old administration would have allowed Weight and his staff to remain in place next season and attempted to make some offseason additions — all while still navigating the waters to try and convince John Tavares to stay.

But it’s clear now that’s not how this new Islanders franchise operates.

Hello to the new coach of our New York Islanders! #isles pic.twitter.com/1AkSGarZyC

That’s something the long beat up Islander fan can take joy in. Thursday was certainly a day of celebration around Islanders country after seeing many previous offseasons come and go with little change as high profile coaches and free agents went elsewhere.

The Islanders still have plenty of work to do before anyone can call this offseason a 100 percent success. There is still the matter of re-signing John Tavares, and even then the Islanders would have a team that was an offensive juggernaut last season but struggled immensely on the back end.

A goaltender is needed, an upgraded on the blue line is needed and some depth forwards wouldn’t hurt either.

This year, however, the bar has now been set that those issues will actually be addressed, not just wishfully hoped to be. What Thursday’s news indicated was that the Islanders are no longer a team of inaction.

“Lou is going to execute a plan, a long-term plan that will be very successful so that we can take a Stanley Cup and win a Stanley Cup,” Trotz said.

They’re a franchise focused on fixing their issues, and doing so in an expedient manner.