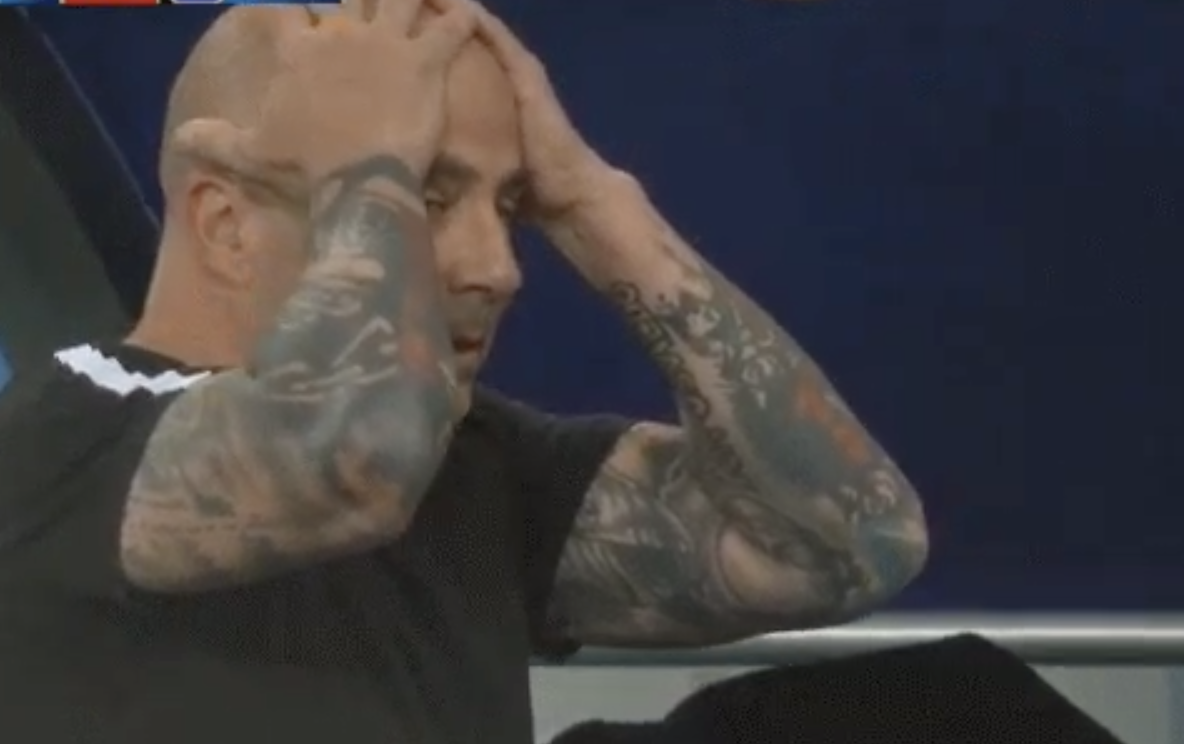 Croatia demolished Argentina, 3-0, in Thursday’s World Cup match. Some may refer to it as an upset, but Croatia have been in better form, and the result reflected that.

The match was scoreless at the half, but Croatia imposed its will in the final 45 minutes. A goal by Ante Rebic in the 53rd minute set the tone, and Croatia did not look back after that.

As for Argentina, there was nothing but disappointment. The squad that is loaded with offensive firepower was shut out, in what was essentially a must-win match. And Twitter, as you might imagine, was not kind to them.

HOW MANY GOALS ARGENTINA LOSE BY? pic.twitter.com/uoq8nRQlNt

Argentina is terrible. Not the individual players, but simply how they play together. Very poor performance this World Cup. Congrats to Croatia 🇭🇷 , well deserved that.

The reactions from Argentina fans at the game were just as telling.

Diego Maradona had a pretty solid one, too.

Argentina are now on the outside looking in as it relates to qualifying for the Round of 16. Here’s how it could happen.

Only way to still qualify for the next round:

Lionel Messi and his squad are in serious jeopardy of an early World Cup exit, which no one could have predicted.