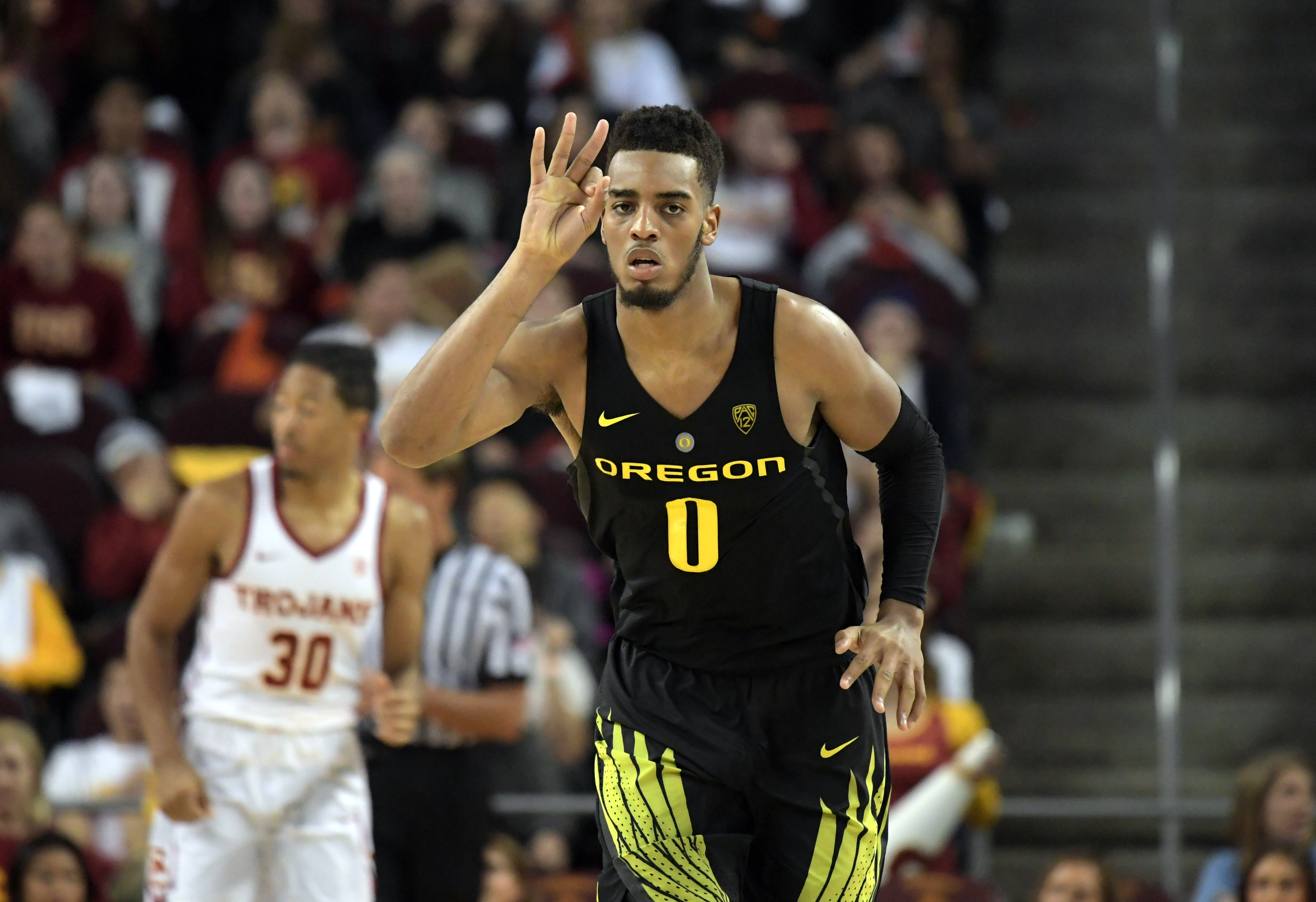 For the first time since 2015, the Washington Wizards have made a selection in the NBA draft. Staying pat at the No. 15 overall pick in 2018, they selected wing Troy Brown Jr. out of Oregon. The Wizards were one pick away from having the right to select Michael Porter Jr. (although they were reportedly not interested) and did pass on the likes of Zhaire Smith, Lonnie Walker, and Robert Williams.

Ernie Grunfeld on #Wizards not taking other players: "We considered a lot of players and we had discussions. There's some good players out there. … We just felt like long-term, he was a good fit for our organization." pic.twitter.com/y7kkByJMEh

Brown had a good feeling that he may be headed to D.C. because of how well he vibed with the team at the combine in Chicago and after his pre-draft workout.

“Honestly, I was really excited,” the rookie said about the Wizards selecting him. “My workout went very well with the team and … I felt like I kind of hit it off within the workout and the interview, I was very excited.”

“Just the interview that I had with them just seemed like a great talk and like they kind of understand me getting better on the court and developing and stuff like that,” Brown elaborated about hitting it off with the team. “Just having people that seem like they genuinely care about you and they want you to get better, for me, was a big thing. I kind of felt like I got that vibe with them and that we kind of had a really good talk.”

The 18-year old will turn 19 in a bit over a month and is one of the youngest players in this draft. In his lone season with the Ducks, Brown averaged 11.3 points, 6.2 rebounds, and 3.2 assists in 31.2 minutes per game. His three-point shooting percentage was subpar in college at 29.1 percent (32-for-110), but he attributes that to poor shot selection more than a poor shooting stroke. The Wizards do not seem too concerned about the lack of efficiency from deep either.

“Well, he’s got a nice stroke,” Grunfeld explained. “Obviously, when you’re a freshman coming up to another level there are different things you have to work on, and we have a really good player development staff and we’re going to get him to work right away.”

“We’re very confident that we can improve it,” Brooks said. “It’s not something that we’re going to base it on game-to-game. He was 3-for-4 tonight, ‘Oh, he’s a great shooter’, or he was 0-for-2 tonight, ‘He can’t shoot.’ We’re not going to judge him game-to-game. We’re going to judge him how he works and we’re going to prepare him to work and be a pro. When you come into this league, you want to work with your players to be a professional, how to be a professional, being on time, how do you watch film, what do you put in your body, how much sleep you get. Those are important roles that we, as a coaching staff, will play. From what I understand, he’s very coachable and he wants to get better. That’s a big part of the step in developing a young player. The easy stuff is just to get them in the gym working every day, that’s the fun stuff. But the things that 18 year-olds don’t focus on eating healthy and getting proper sleep. Our job is to make sure that he knows that that is an important part of being a pro player.”

Even though Brown may not have adequately displayed his range in college, Washington was blown away by his basketball mind, which is even more impressive given his age. After the on-court portion of the Wizards’ June 11 pre-draft workout, the team asked the six participants to draw up a last-second play down by two. “It was kind of like a back screen into a slip and then a fade three. It gave you a lot of various options, caused mismatches on the court for a last minute shot – to either go ahead or attack the basket for a layup to go into overtime,” Brown recalled an hour after he was selected.

“It looks, it sounds easy to throw a board at somebody in front of a big group and say, ‘okay draw a play’ and I have seen many plays drawn, and I have seen it where there are not five players on the floor, so there are all kinds of things but he really understands the game,” Brooks explained. “I think for a kid that is 18 years old, that is rare but he just has a good feel. I love his length. I love the fact that he can guard ones, twos, and threes and maybe some fours depending on who he is playing against, and then I think he can be a really good secondary pick-and-roll player and you can play him with Brad [Bradley Beal], you can play him with John [Wall], you can play him with Tomas [Satoransky], and you can play him with all kinds of players, Kelly [Oubre Jr.] and Otto [Porter Jr.]. I think he just knows how to play. I think it is going to be a great addition to our team.”

Some may not like the selection with other higher profile players still on the board when Washington picked, but there is a lot to like about Troy Brown: his youth, IQ, and 6-10 wingspan. At the age of 18 years, 10 months and 24 days, Brown ranks as the second-youngest player drafted by Washington in the Lottery Era (since 1985). Only Andray Blatche (18 years, 10 months and six days) was younger on his draft day. He is a player that can contribute right away because he will be in the gym all summer getting ready for training camp.

“I just see myself as a player that can do everything on the court. I bring versatility to the team,” Brown explained about his fit in Washington.