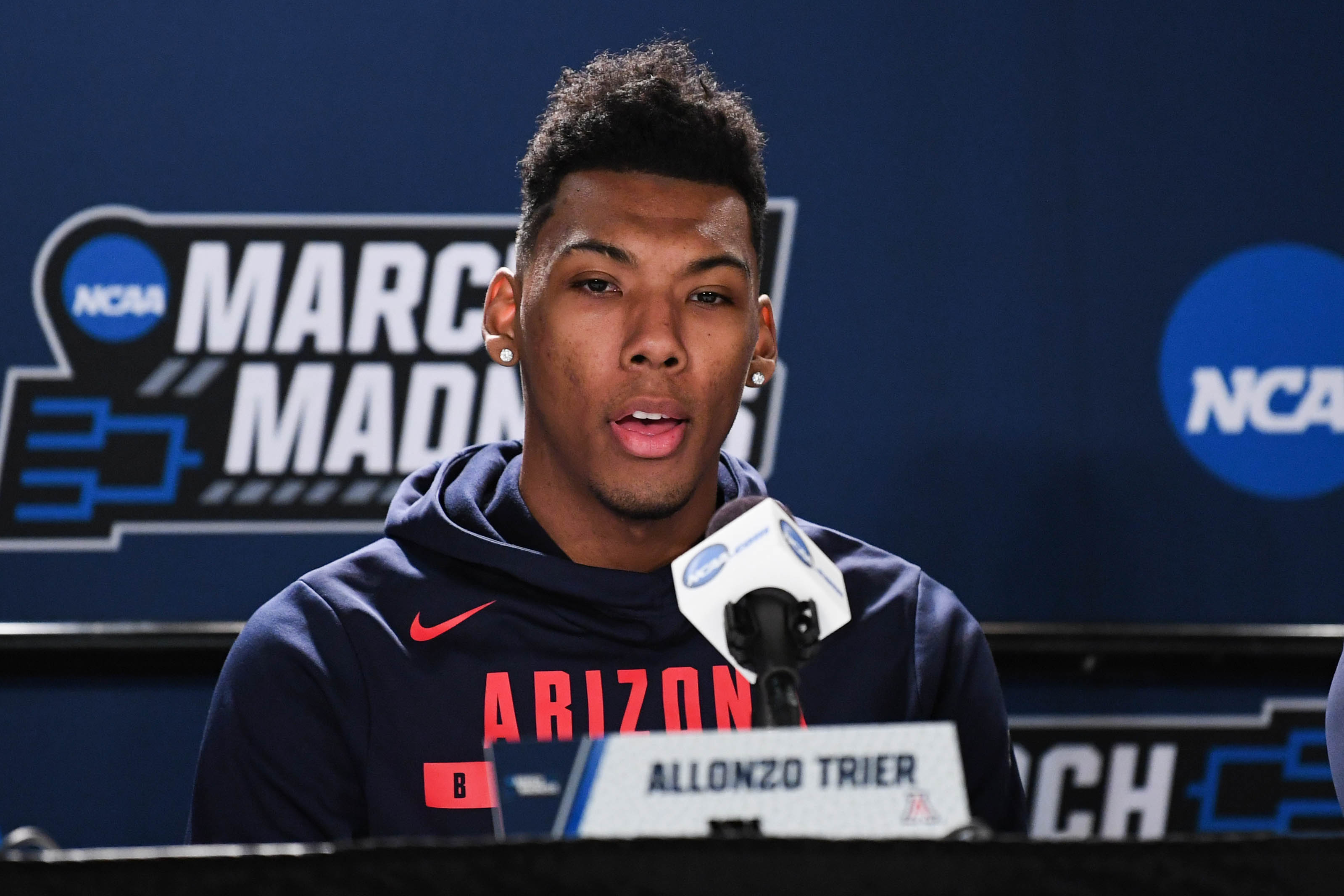 After securing length and athleticism with two prospects 6’10” and up (Kevin Knox and Mitchell Robinson), the Knicks expanded their reach to acquire a talented wing following the NBA Draft.

It’s hard not to love this acquisition, especially when considering how it complements the rest of the Knicks’ overall draft haul. Trier is a fast-paced swingman who likes to get up and down the court, remaining ready for catch and shoot opportunities along the perimeter. He averaged 18.1 points this past season on an impressive 50/38/86 shooting clip. Translation: he can make it rain. Upon officially signing his contract, Trier will split time between New York and the G League affiliated Westchester.

What this means for the Knicks in the near future is that they will now have to choose between incumbent two-way players Luke Kornet and Isaiah Hicks. Heading into free agency, the qualifying offer for such players is another two-way contract. By signing Trier, the Knicks will only have one more to offer.

Of course, the front office could always opt to offer Kornet or Hicks another two-way contract, and then choose to sign the other to a standard NBA pact. That would appear less likely. What’s more, New York could also hold out hope that the prospect they snub fails to receive another NBA offer and accepts a minor league contract to play in Westchester full-time to start next season. One would think that once New York makes its choice, the snubbed player will want to explore other options because the team isn’t as invested in his future.

With a choice to be made, Kornet should receive the nod over Hicks. He’s a bit overzealous from beyond the arc, however, has a more versatile skillset and made faster improvements over the course of his rookie campaign. As a result, he’s more prepared to make contributions. Hicks was very raw on the offensive end and there appears to still be a greater learning curve.

Both players have been working out with other Knicks players at the training facility and around the Big Apple since the season ended.

Change is good, as is versatility. Having two guys who play the same position on two-way deals limits flexibility and potential exploration of talent. It’s redundant. Trier is a very strong acquisition coming out of the draft.