Corey Kluber has been on another level for awhile now 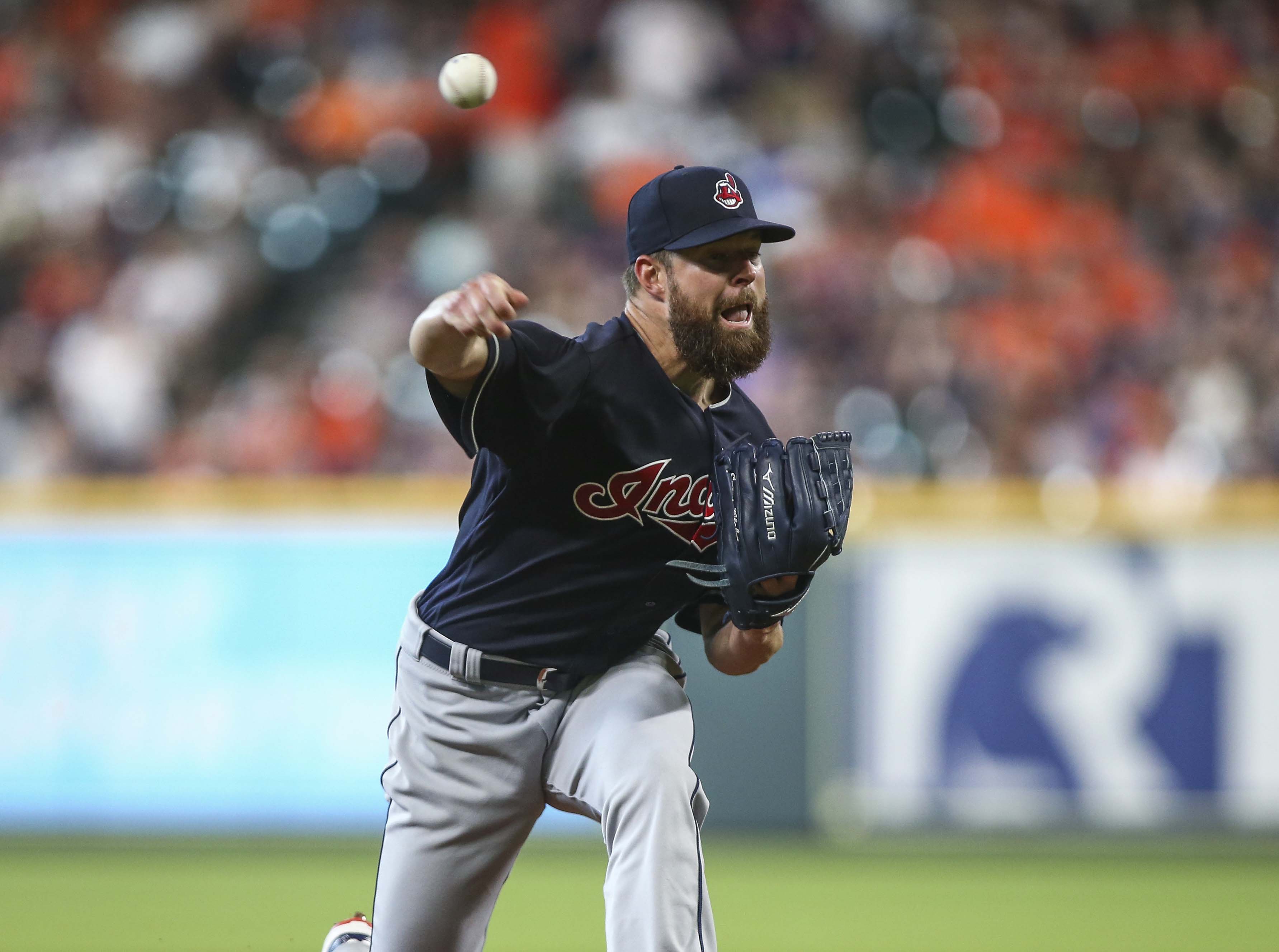 Corey Kluber has been on another level for awhile now

Cleveland Indians starting pitcher Corey Kluber has been locked in on the mound for so long that nobody ever actually remembers his struggles at the start of last season.

Over the first month of play — which spanned 37.1 innings and six starts — he had stumbled out to a 5.06 ERA, 17.7% strikeout-to-walk rate, and 1.69 homers allowed per nine innings. Matters got worse upon the calendar flipping to May, as he hit the disabled list with a back strain that kept him out of commission until June 1st, 2017.

He dominated straight through the end of the regular season to capture his second career American League Cy Young award, basically snatching out of Chris Sale‘s hands. And just in case you thought he’d come back to reality in 2018, it’s just been a continuation of the same story.

Kluber has taken the hill 39 times during the regular season since returning from the disabled list last June. The right-hander has thrown 278 innings while posting a 1.81 ERA, 29.2% strikeout-to-walk ratio, and 0.91 homers allowed per nine innings.

As ESPN’s Buster Olney noted after Kluber’s most recent incredible performance, his month-by-month progression as been jaw-dropping.

That’s one way to set the tone for a pitching staff, don’t you think?

When you’re this good for that long, it’s really hard to find a way to hit that next level. Opposing hitters aren’t swinging and missing as much as they were in 2017, but Kluber’s control has gotten even better.

His zone percentage — the percentage of pitches seen inside the strike zone — is currently three percentage points lower than last year (47.8% to 44.6%), but his walk rate is 2.9% at the moment. That’d not only be a significant improvement from last year (4.6%), but it’d also be a career-high mark if season ended today.

It’s hard to get attention as a starting rotation when the Houston Astros are demolishing just about everyone in sight, but the Indians are right behind them in terms of fWAR. And while it’s also hard to get any legitimate Cy Young consideration when Justin Verlander is doing ridiculous things, the quiet continuation of Kluber’s consistent excellence should get plenty of recognition if he’s able to keep it up.