Cubs pitcher slights Anthony Rizzo, tells him to 'shut up' in mound meeting 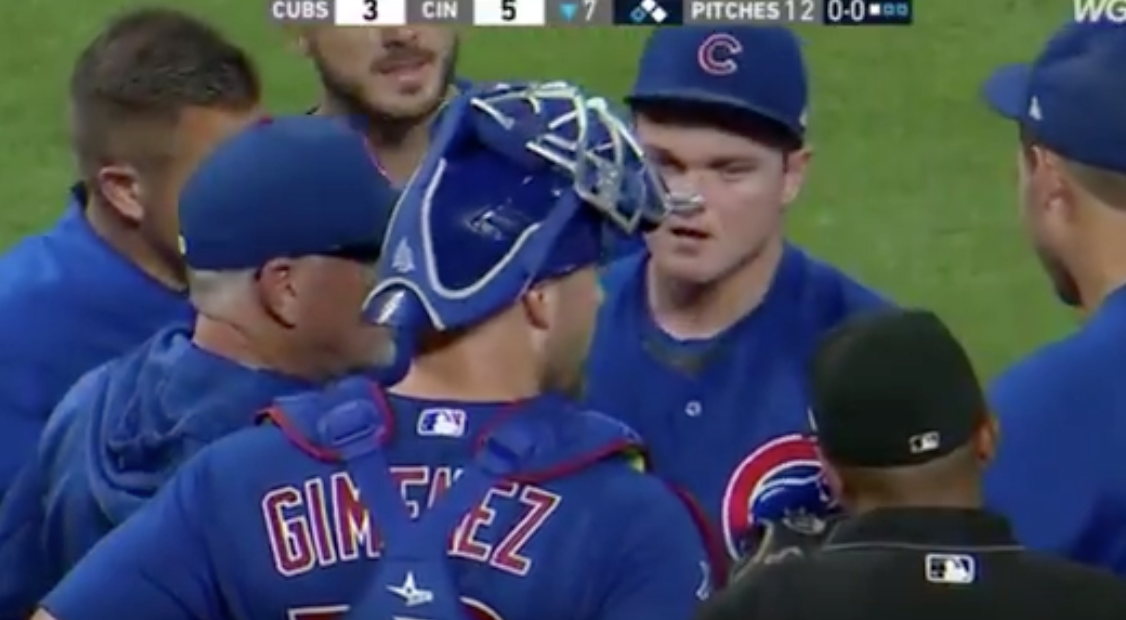 Cubs pitcher slights Anthony Rizzo, tells him to 'shut up' in mound meeting

Cubs pitcher Justin Wilson got into it with Anthony Rizzo during Friday’s game against the Reds.

Wilson came on in relief, and he really didn’t do a good job. It took three base runners and an earned run until Rizzo made a great diving catch on a bunt attempt, to help slow down the rally.

For some reason, though, Wilson was seen telling him to “shut up” in a meeting on the mound afterward.

Wilson has some big stones, as Rizzo is a big guy, and he’s also one of the clubhouse leaders as well.