Focus back on Tavares situation with new coach in place 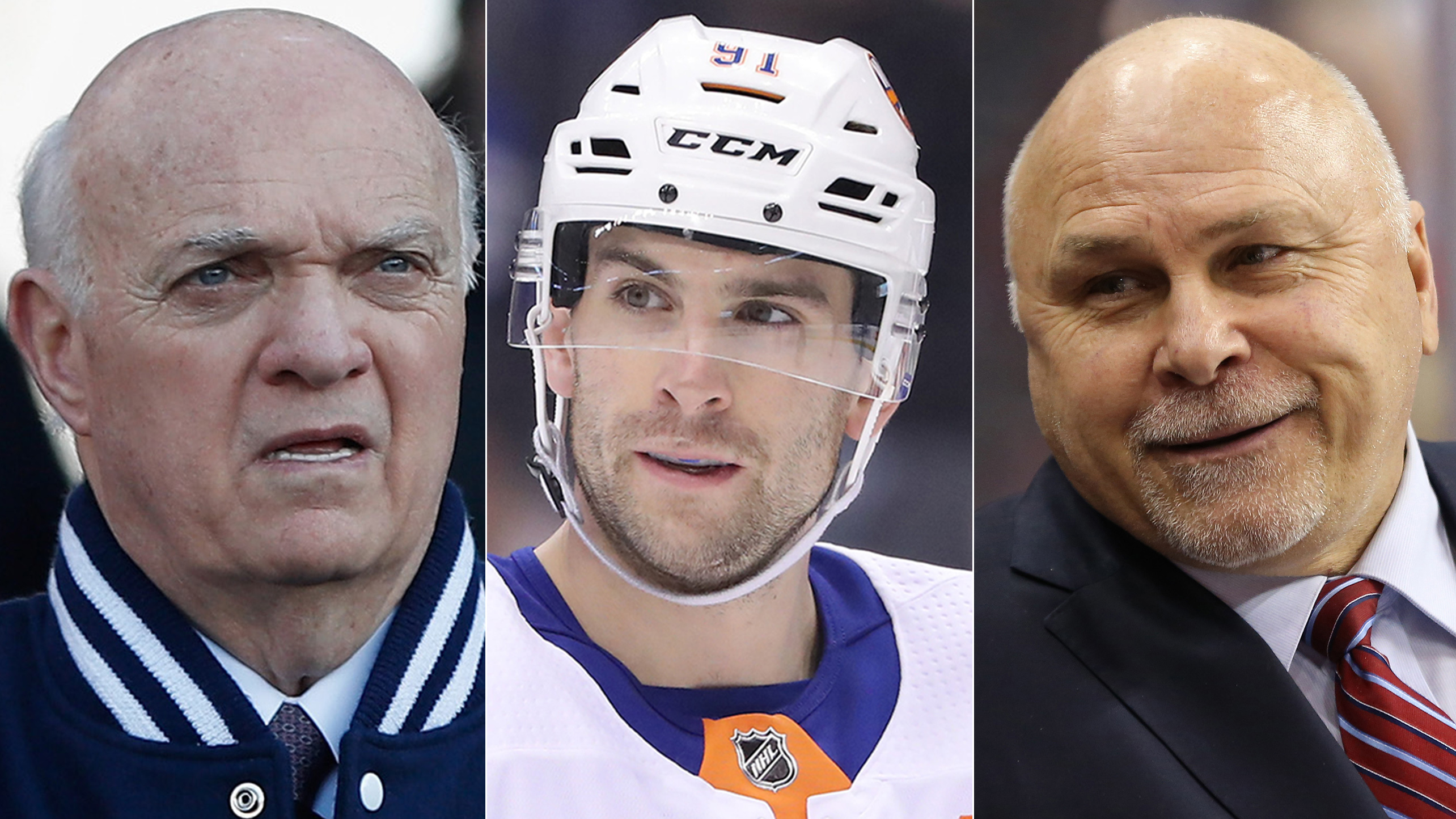 Focus back on Tavares situation with new coach in place

With a head coach in place, the focus of Islanders country is back on whether or not the Islanders will re-sign pending UFA John Tavares.

The Islanders star player remains unsigned heading into next week’s listening period, but hope still remains that something will be worked out before he hits the open market on July 1. Bringing in Stanley Cup champion Barry Trotz to run the team’s bench was another sign to Tavares that the Islanders are trying to put together a team that will win and win now.

Still, whether the team’s decision to bring in hall of fame executive Lou Lamoriello and Trotz is enough to entice Tavares to stay is unclear. Lamoriello has had nearly daily contact with Tavares’ agent Pat Brisson and still isn’t clear which way the Islanders captain is leaning.

“We don’t know what (Tavares) is thinking,” Lamoriello told reporters in Dallas on Thursday. “But certainly he’s a very important part of this franchise.”

Lamoriello wouldn’t comment on his confidence level about re-signing, though reports, since the Trotz hiring was announced, appeared to indicate things were looking up for the Islanders. Also, it would be very unlike Lamoriello to put his cards out on the table like that.

Trotz, on the other hand, had sounded much more upbeat about the prospects of bringing back the cornerstone of the Islanders franchise.

“I think it’s in good hands and I’ll leave it between John and Lou,” Trotz said about the contract talks. “I think if you know anything about those two parties they are of the highest integrity both of those gentlemen. I think they’ll have great dialog and we’re hoping to have John be a part of it for sure.”

The new Islanders coach and Tavares have already talked, Trotz revealed during the conference call. Trotz called the conversation a great one and one that revolved around a number of things.

“If you know anything about John he is as classy of a captain as you can have in the National Hockey League. He’s passionate. He’s very insightful, very intelligent and he has one goal and it’s just to win.”

Whether Tavares believes that he can win with the Islanders or not will be determined in the coming weeks.