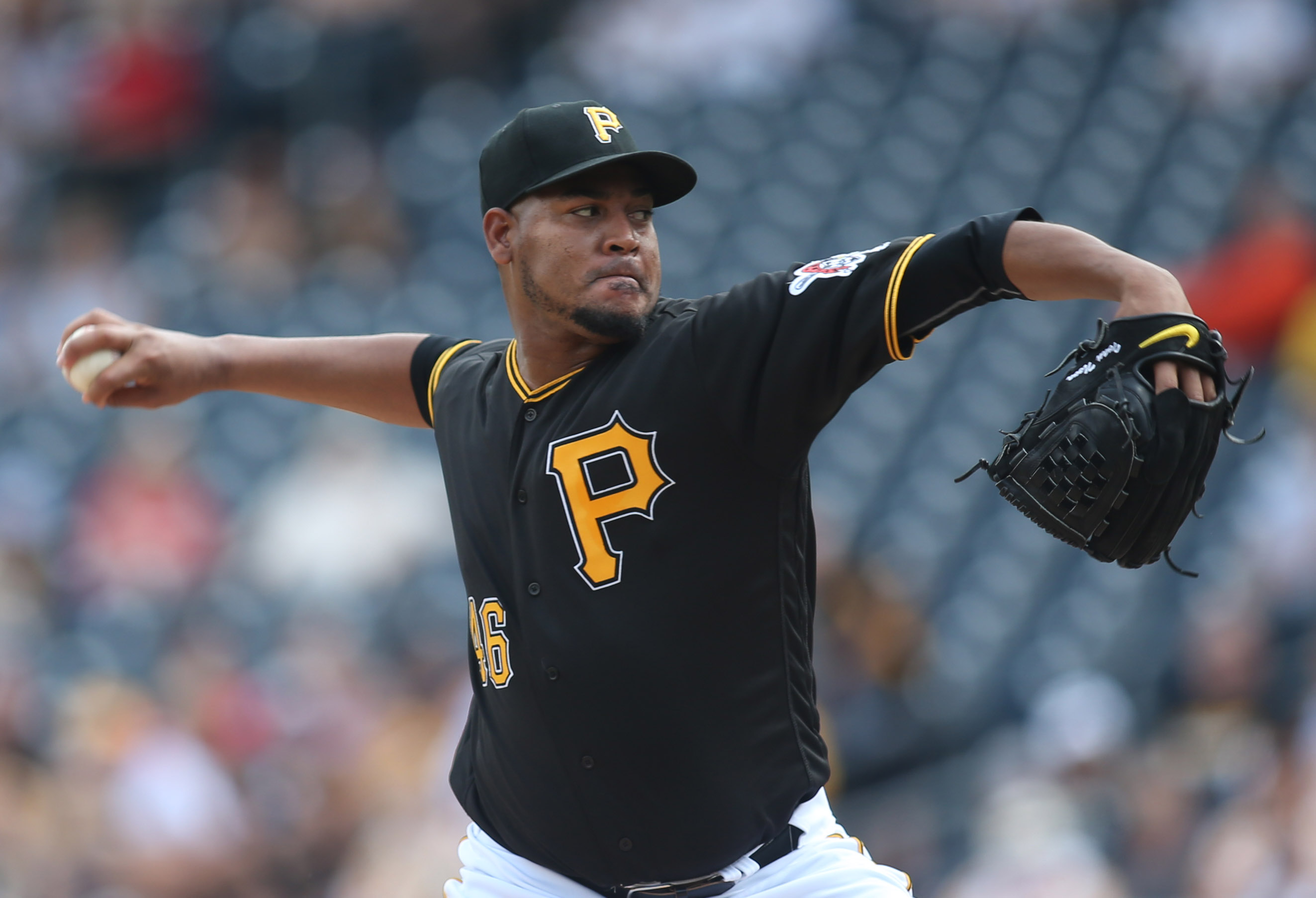 After going through a five game stretch where he allowed 20 earned runs, Pittsburgh Pirates starter Ivan Nova’s last two outings since a return from the DL have been solid, spanning 11.2 innings while allowing just two runs. However, with the backlog of young talent fighting for rotation opportunities, one would have to assume the Pirates are hoping Nova continues the strong play to improve his trade marketability.

Nova will make his 14th start tonight against the Arizona Diamondbacks. Currently he has a 4-5 record and a 4.42 ERA.

His first start since returning from the DL on June 10, he struck out eight, his second highest total of the season. He only surrendered a single run and got his first victory in almost two calendar months.

On June 16, he followed that performance with a three walk, three strikeout game in six innings, while also allowing just one run and grabbing his fourth victory.

These recent performances would have been nice to see in May when the Pirates started to slide out of their strong start to 2018.

Now, I’d assume the Pirates are hoping he continues with similar performances so other team will take notice.

As we inch closer to July and the All Star break, trade talks are going to be heating up around the league.

In the past, it’s hard to tell what the Pirates stance on the deadline is. This year, many expect them to be seller’s, ridding of seasoned vets for hopeful budding prospects. I also expect this to be the case.

Nova could be one of the first to go, regardless of whether he continues to pitch well.

Playoff expectant teams love to bolster their starting rotation. Nova is an experienced pitcher with some postseason experience. Depending on the potential suitor, the Pirates very well may have to eat a sum of Nova’s remaining contract since he still has one more year left on his deal from 2017.

I know what you’re thinking, there is no way management will take a big financial hit just to make a trade. I’m not saying they will eat all 9 million plus that he is owned but don’t be surprised if they pay for at least half of what he is owed.

At the end of the day, I believe Nova is as good as gone. It just depends on his next handful of starts as to where he goes and what the Pirates get in return. For the Pirates sake, he needs to perform well so they can get a relatively decent return.