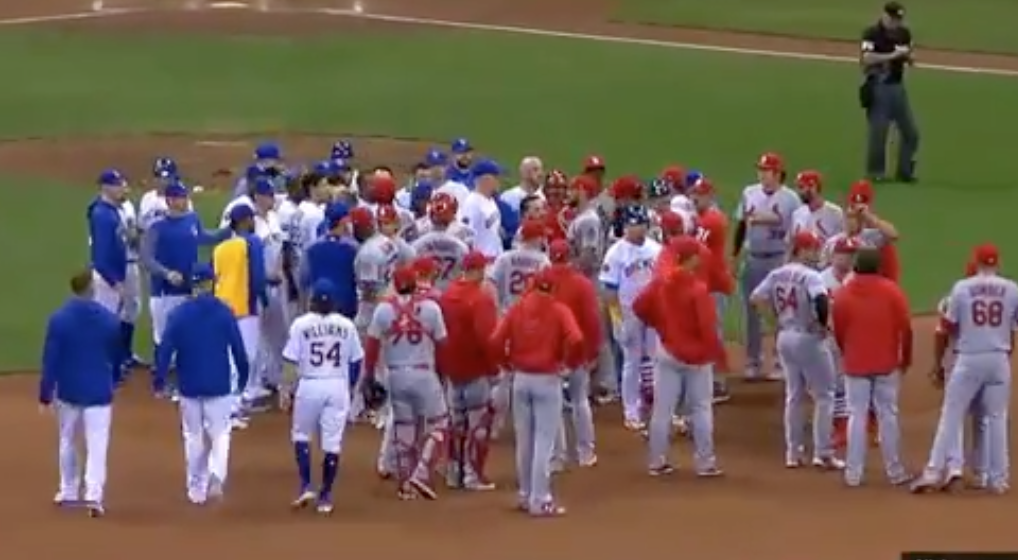 There’s no love lost when the Brewers and Cardinals square off on the diamond, as the two division rivals have had some heated exchanges over the years.

That’s what happened during the eighth inning of Friday night’s game, when Cardinals pitcher Jordan Hicks scooped up a bunt attempt from Hernan Perez. Hicks zinged the ball to second base, in an attempt to nail Eric Sogard.

Sogard didn’t make things easy, though, as he slid into Yairo Munoz. That hard slide didn’t go over well, as it caused the two to exchange words. Soon after, benches cleared.

Cooler heads eventually prevailed, though, and that was the end of that.