Carmelo Anthony issues a message to the haters on Instagram 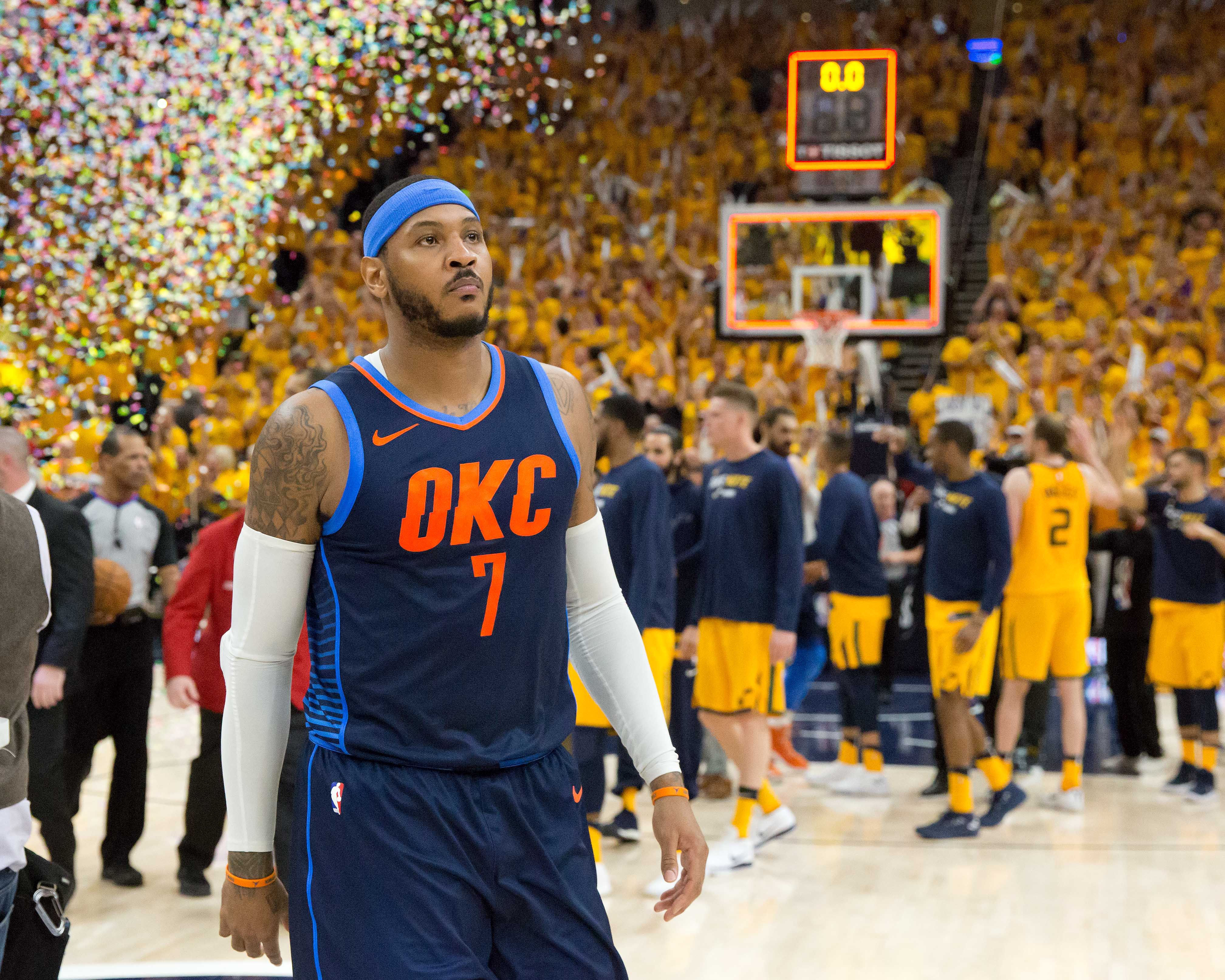 Carmelo Anthony issues a message to the haters on Instagram

Carmelo Anthony’s first season in Oklahoma City was a bit of a disaster.

Not only did the Thunder suffer a first-round exit in the playoffs to the young, inexperienced Jazz, but Melo was noticeably bad in the series. He took some contested shots from the perimeter during key possessions, and was a liability on the defensive end.

Anthony’s future remained unclear for awhile, but he did inform the Thunder he’s opting in to the final year of his contract, so he’ll make $27.9 million this upcoming season.

That prompted some criticism from Thunder fans, so Melo issued a message to the haters on Instagram.

The caption reads as follows:

Oh You Mad, Huh?  “Take A Step Back, Evaluate, What Is Important, And Enjoy Life”#STAYME7O

Oh You Mad, Huh? 😂 “Take A Step Back, Evaluate, What Is Important, And Enjoy Life” #STAYME7O

Anthony has never been one to let fans get under his skin, and likely never will be.