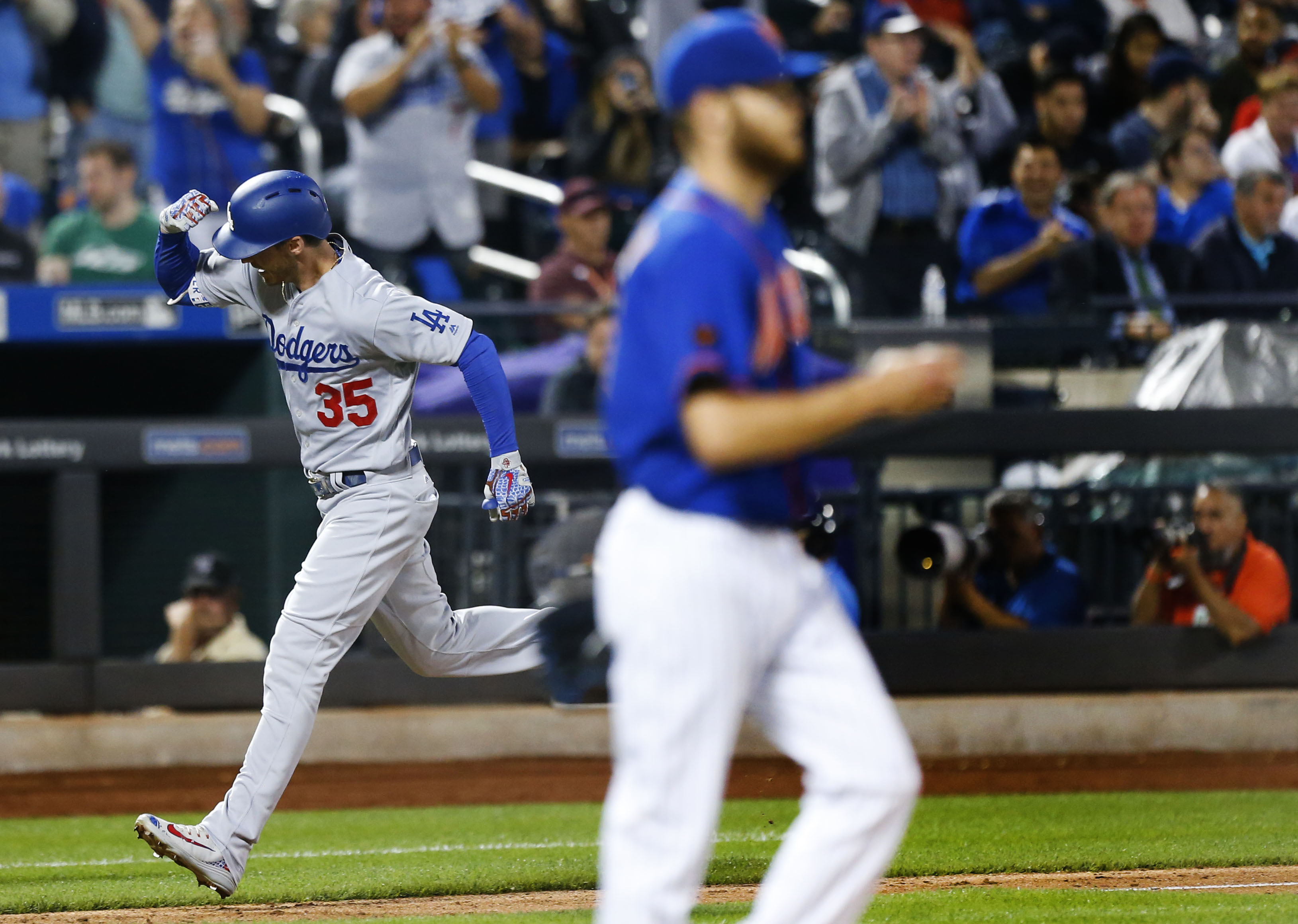 Zack Wheeler was crusing along against the Dodgers until the sixth inning. Michael Conforto had made a brilliant catch that saved Wheeler’s bacon early in the game, but Wheeler had the high fastball working in his favor and was matching Alex Wood zero for zero.

Then the sixth inning comes. Wheeler walks Joc Pederson on a pitch down the middle, which is a neat trick. Then he walks Max Muncy on four pitches. Justin Turner flies out which sets up Matt Kemp’s at bat. Wheeler gets Kemp to a 1-2 count, and then if you look at the pitch-by-pitch, it will show you that Wheeler threw a 57 MPH curve ball. If you didn’t see the game, you would think that Wheeler got ballsy and threw Kemp an eephus pitch. Instead, Wheeler stopped mid motion and forgot what the heck he was going to throw, so he lobbed one up away from Kemp, who had no clue what was happening. On the next pitch, which turned out to be a pretty good pitch, Kemp dunked it into right field for a single to load the bases.

Wheeler got ahead 0-2 on Cody Bellinger with a high fastball that Bellinger swung at, and a fastball down the middle. A third fastball might have been going to the well once too often, but Bellinger has struggled to do damage on 0-2 fastballs all season:

As opposed to the curveballs, which play more to his “launch angle” swing.

So the fastball wasn’t the worst pitch selection in the world. But it was location. Here’s where Devin Mesoraco wanted it:

Here’s where Wheeler threw it:

Gone. Grand slam. Into the Soft Drink Stands. 4-0, game over. It’s those little things that all added up to one bad inning. A bad call, which may have affected the next batter. A vapor lock on the 1-2 pitch to Kemp, and missed location to Bellinger. Sometimes the margin is so thin, especially for a team that has to be razor sharp to win a ballgame these days.