Report: Blues had trade talks with 3 teams during the Draft, couldn't finalize a deal 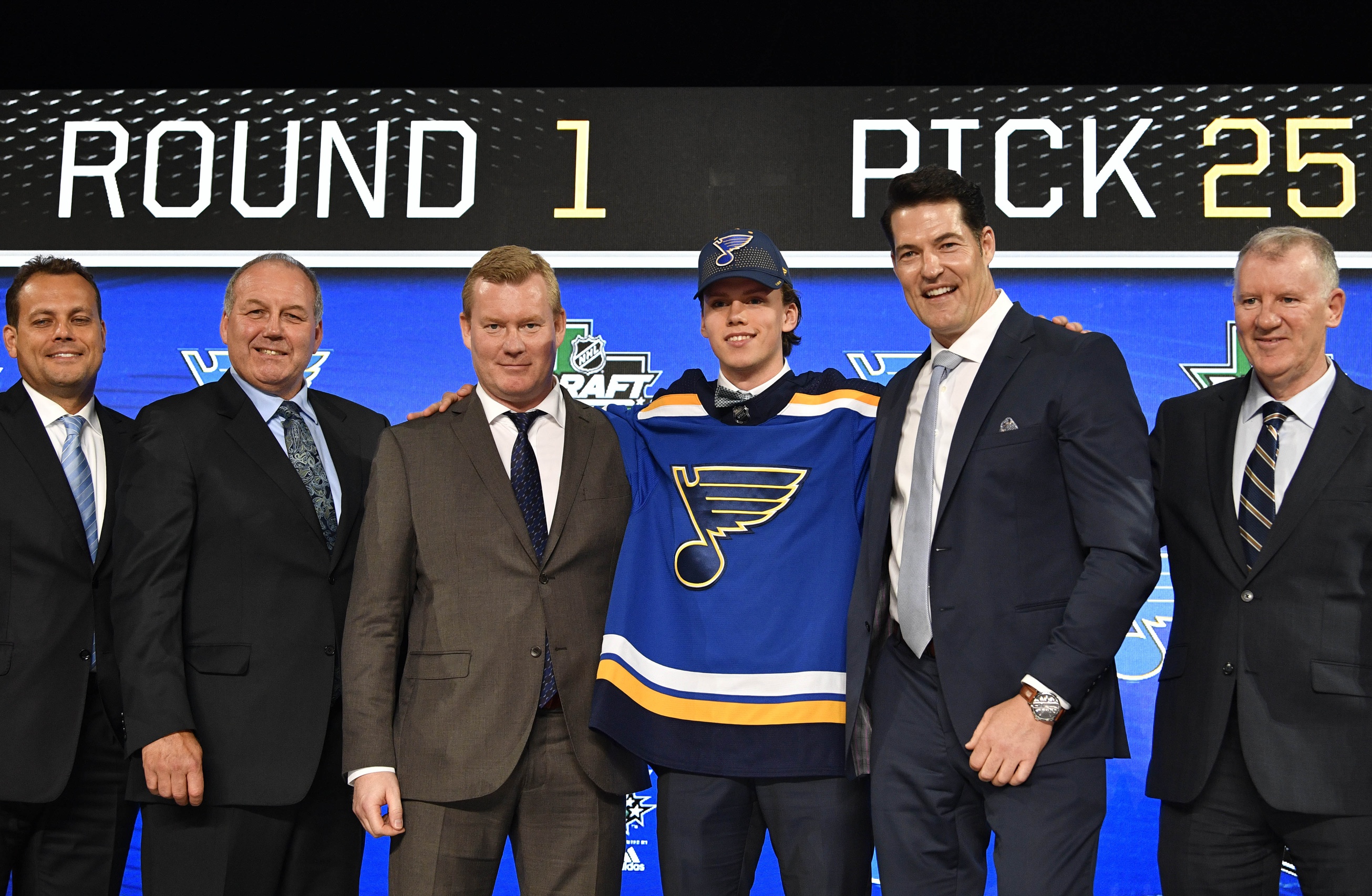 Report: Blues had trade talks with 3 teams during the Draft, couldn't finalize a deal

The St. Louis Blues were mostly quiet during the opening day of the 2018 NHL Draft, making one minor trade that allowed them to move up four spots in the first round. They then selected Dominik Bokk with the 25th overall pick, but Blues fans were hoping for a more significant development.

Unfortunately, no trade came to fruition. Instead, the biggest potentially available names – Ilya Kovalchuk, Artemi Panarin and John Tavares – have eliminated the Blues as possible destinations. You can read more about that on The Athletic if you have a subscription.

However, it sounds like the Blues were in talks with three teams during the Draft about a trade.

I got ahold of Army. He says the Blues were in discussion with three teams tonight regarding trades for forwards but they couldn’t finalize the deals. “So we’ll just regroup tonight and we’ll probably be in contact with people,” Army said. #stlblues

As for what kind of trades Armstrong had talks about, they reportedly would have helped the team now rather than in the future.

Army said they were players who would’ve helped now https://t.co/zUZHIPWThs

A trade may still come to fruition, but it may be a bit more difficult now that the team’s top pick has been used. The Blues still have a nice stable of prospects they could move to land an NHL-ready talent, but it may have been easier to wheel and deal with a 2018 first-round pick still in their hand.

Whatever the Blues decide to do, their options are shrinking quickly. Landing a top free agent such as Kovalchuk or Tavares was always unlikely, but as these options dwindle, they’ll have to pay more to acquire a legitimate asset.

The Blues have to find a way to improve their roster. That means finding more offensive talent, some additional depth and some more help in goal. No pressure.