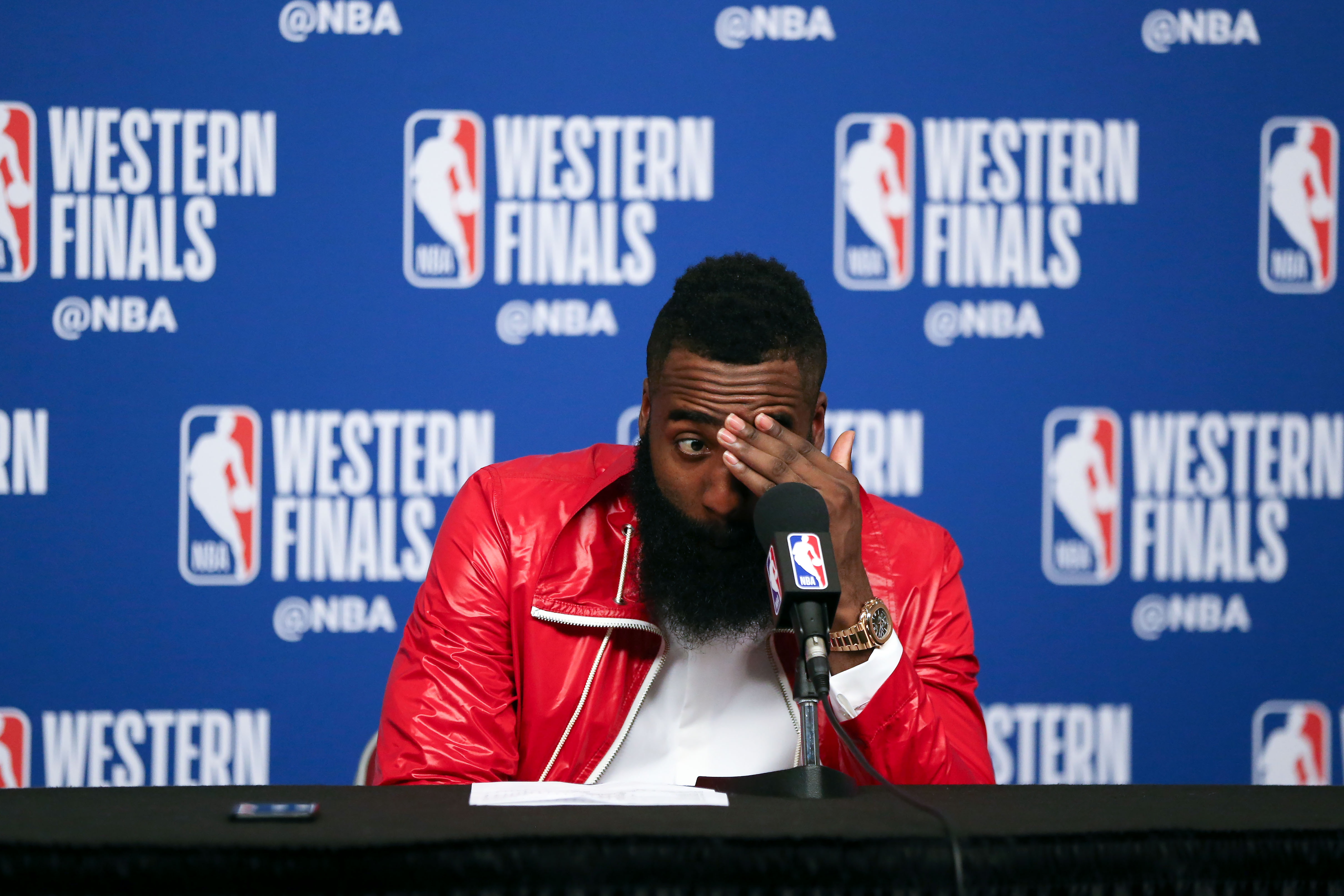 The Rockets are rumored to be in the LeBron James sweepstakes, even though it doesn’t appear that Houston is one of the top two most likely landing spots for the four-time MVP.

Rockets superstar James Harden, however, doesn’t appear to believe that adding James to the team’s roster is necessary for the Rockets going forward.

Harden was named the 2017-18 Most Valuable Player on Monday night, and he was asked if the team should add pieces — such as James — in the future.

“We were a half away from the Finals,” Harden said. “So I don’t think there’s a piece we need to bring in or take away. We’re great where we’re at, from top to bottom—from the front office, to the coaching staff, to players, personnel. So, our main focus is getting betting, getting healthier, and doing what we do.”

Rockets’ James Harden doesn’t sound like he’s in “Recruit LeBron James” mode: “We were a half away from the Finals. I don’t think there’s a piece we need to bring in or take away. We’re great with what we have.” pic.twitter.com/FuSTrE9tyr

It will be interesting to see if the Rockets front office pays attention to Harden’s comments. Right now, it does appear that the Lakers and Cavaliers are the most likely teams to land James for the 2018-19 season and beyond, but things can change in a heartbeat.