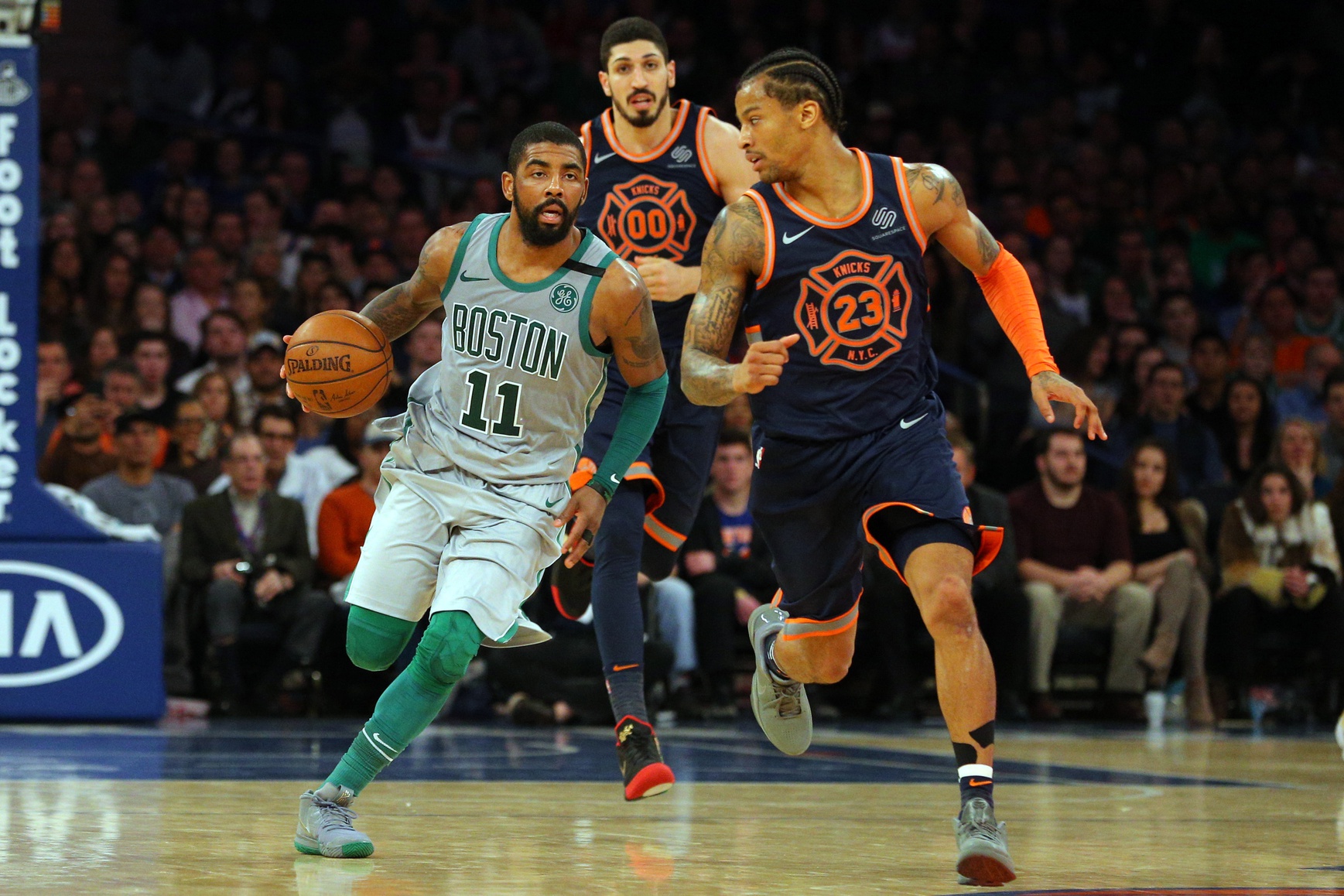 Predictably, the Knicks’ media is all over Kyrie Irving as he’s in NYC promoting ‘Uncle Drew:’

The Knicks will have reps at the “Uncle Drew” premiere. A source said Frank Ntilikina, Damyean Dotson and Isaiah Hicks, and maybe more, plan to attend.

Irving tried to be careful in his remarks about his future.

“It could be a process,’’ Irving said when asked if he’s looking forward to his first chance at unrestricted free agency.

“Even considering that time, it seems like a long ways away. So, it’s just like — you’ve definitely seen it, observed it, other players have gone through it. You just can’t let anything infiltrate exactly where your focus is. A lot of your attention could be distracted in other areas. And we’ve seen things — our platform now, in terms of what the NBA entails, they could just draw one word and sentences start becoming whole diatribes of what he actually meant.”

LOL at that list of players set to attend the premiere. It reads like a Summer League roster.

There’s no chance Kyrie Irving spurns the Celtics for the Knicks. Not only do we have the better team, we also have an extra $80 million to offer. The only way he ends up wearing Knick blue, is if Danny Ainge lets him go.

Kyrie also highlighted some of the absurd coverage by the Boston media:

I guess it could be worse. At least he wasn’t accused of being at the center of a massive federal drug investigation.