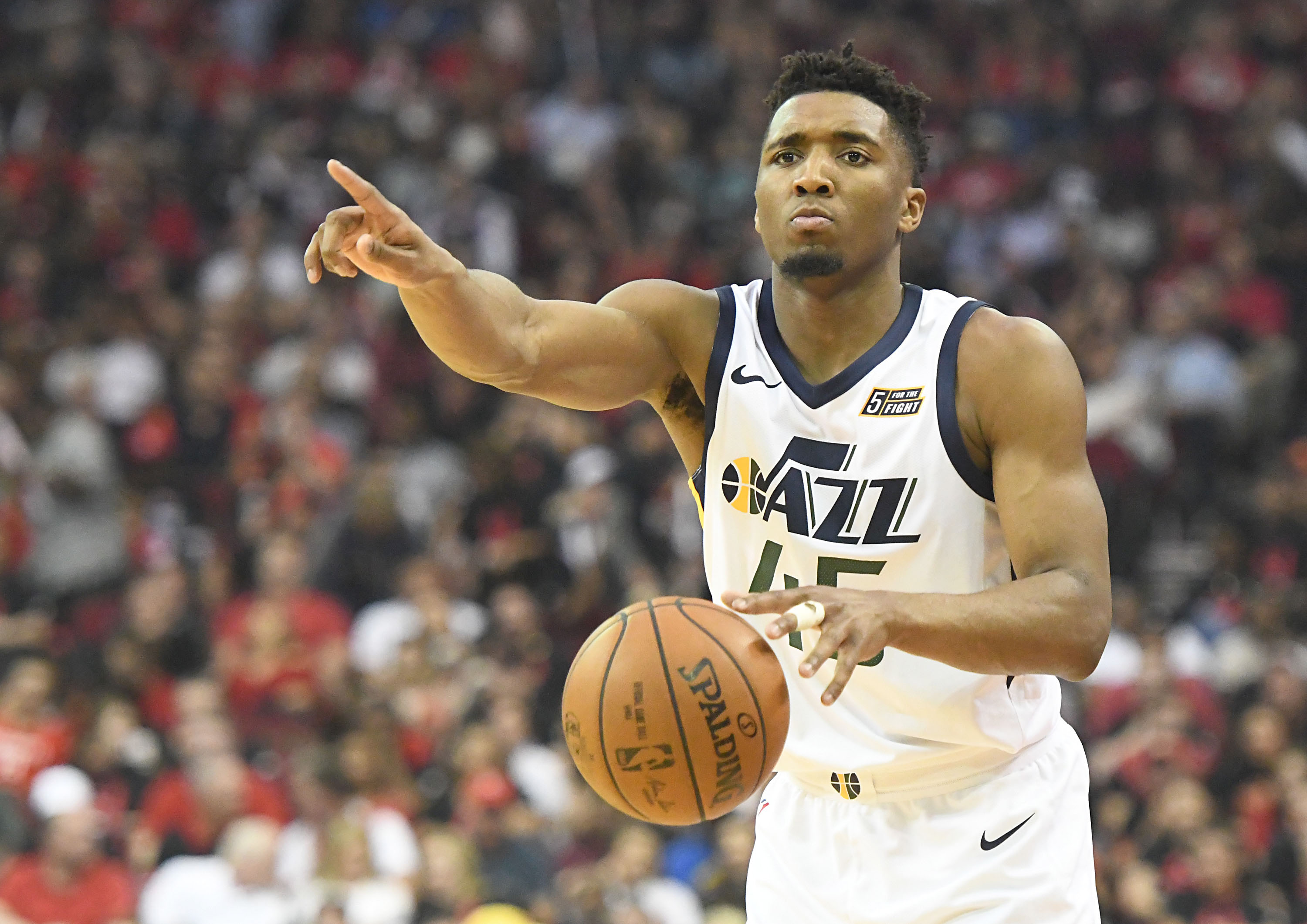 Jazz rookie sensation Donovan Mitchell is relentless — both on and off the court.

Mitchell still hasn’t stopped griping about the Rookie of the Year award, making it clear that he believes Ben Simmons shouldn’t be eligible to win, given that he was drafted in 2016.

The NBA rules state that Simmons can win, given that he didn’t play a minute in the 2016 season. Mitchell appears to be aware of the fact that Simmons will likely win, so he’s been incessantly trolling with a number of different “rookie” gestures.

Mitchell even went as far as to arrive to the NBA Awards on Monday night in a black van that featured “Rookie?” written across it.

The van, of course, was sponsored by Adidas — the company that has Mitchell under contract.