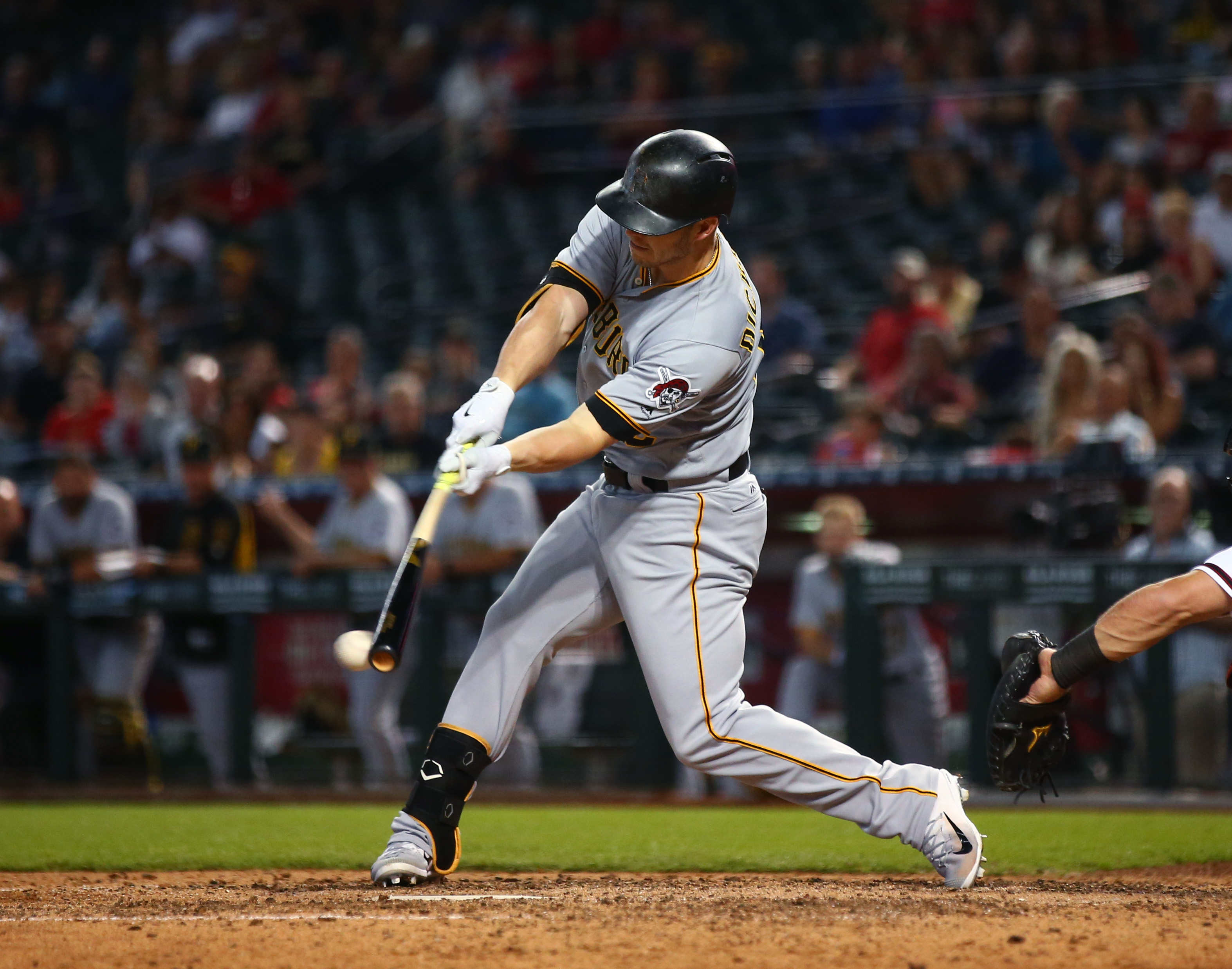 The Pittsburgh Pirates outfield started with promise, but have since seen themselves fizzle off as the season has progressed.

At the start of the offseason, when it was clear the Pittsburgh Pirates were going to trade center fielder Andrew McCutchen, the question become who was going to start adjacent to Starling Marte in left.

The Pittsburgh Pirates traded for Corey Dickerson, after the Tampa Bay Rays designated him for assignment.  At the time of the deal, Huntington mentioned the power that Dickerson had shown in years past.

The trio of outfielders started the season all at least around average, with Dickerson displaying the power he had shown with the Rays the year prior, Starling Marte showing his typical self, and Gregory Polanco showing some power (note: April includes the March games):

The problem is, while all three have hovered around at least average, they haven’t done so all in the same time.  Polanco showed more power in April (.238 ISO) than any month, but has since taken an above average on-base with him in May and April.  Marte was productive in the first two months of the season, especially in May, but has really fallen in June.  And after a fire start to the season, producing in April and May, Dickerson has once again fallen off like he did last season.

In fact, Dickerson hasn’t homered since May 4th and hasn’t walked since May 23rd.  Marte has seen his walk rates go from 11.11 percent to 1.43 percent to 6.17 percent (though that’s a plus improvement, as before 2018 the career walk rate was 4.9 percent, and Marte’s walking 7.22 percent this year).  Here’s the monthly breakdown of the three outfielder’s walk and strikeout rates, and their isolated power:

The positives: Marte is exceeding his typical rates (4.9 percent walk rate, 21.8 percent strikeout rate, and .151 ISO) in each month.  Polanco is showing above average ability to walk and power (league ISO is .164).  Dickerson, for the first two months wasn’t striking out.

The negatives: Polanco isn’t getting hits at a rate that are encouraging, but overall has been around average each month because of the walk rate and when he does get hits, they’re extra base hits.  Corey Dickerson hasn’t seen his power go away, and he’s striking out more each month (though at a below average clip).  Marte has seen his production dip this month, though the .214 BABIP is low and isn’t sustainable, and it should improve.

The biggest concern is Dickerson, who the Pirates will likely trade between now and the July 31 trade deadline.  While his defense has been excellent (6.0 fielding runs above average), his decline in offensive production and loss of power is a big reason for the Pirates swoon and will have an impact when he’s eventually traded away.

But the Pirates were a fringe wild card contender before the addition of Meadows, making it likely Dickerson would get traded this summer.  His struggles since April are more of a concern than Marte’s and Polanco’s (who at the least has been consistent month-to-month).

Polanco’s issue has been mainly that he’s only average offensively with shaky defense and base running, and he’s signed through 2021.  His value is tied to the bat, but unlike Dickerson the likelihood of him being traded was always low.

The offensive struggles have hurt the record (Pirates are now five under .500), but their playoff chances peaked at just 30.7 percent and 83 wins.  They were always fringe wild card contenders, and a couple of improvements in some areas would have made them more so.  But now, in part because of the outfield struggles, the Pirates sit at just 3.7 percent.  Now there’s a good chance to sell, and Corey Dickerson’s struggles with the bat (before this year, his lowest ISO was .196 in 2013) makes a return seem lighter, perhaps a similar return to an average prospect.